Foreign influence operations, propaganda, and mass censorship are just some of the tools the People's Republic of China deploys to further its agenda. Find out how geolocation OSINT techniques are used to unveil Chinese mis-, dis-, and malinformation.

As the first chapter of the 2021 United States Annual Threat Assessment reported, China is one of the largest threats to the United States and its allies. Beijing continues to combine growing military, economic, and technological powers to further Chinese influence and undercut its adversaries. According to the report, China’s physical threats include its military capabilities, its development of weapons of mass destruction, its expected space station, and its lunar exploration missions. That said, despite worrying themes, military confrontation is not predicted.

Being the most populous country, the largest communist state, and the country applying the most surveillance and censorship technologies, the People’s Republic of China (PRC) and the Chinese Communist Party’s actions pose extensive geopolitical threats. But, as the report states, instead of physical warfare, “China will continue expanding its global intelligence footprint to better support its growing political, economic, and security interests around the world.”

The PRC’s push for global power relies on election interference and intelligence/influence operations more generally, as these are ways to cause uncertainty and chaos, undermine democratic processes, and influence a population's perspective in line with the PRC’s motives. Luckily, we have a way to identify and uncover these intelligence operations: OSINT investigations.

What is an OSINT Framework?

OSINT is short for “open-source intelligence. It’s a catch-all term for techniques that collect and analyze data from publicly available sources. The beauty of open-source intelligence is in the name; it’s open. In the right hands, it can help law enforcement to provide evidence in court and security professionals trying to stop hackers. Conversely, OSINT tools and frameworks can be used for nefarious purposes, such as China’s tools to censor information and monitor its population to repress dissent.

Indeed, with censors limiting internet access within China and actively working to remove and subvert evidence of committed atrocities, OSINT investigations have become a crucial resource in the fight against disinformation, propaganda, and Chinese influence operations. As foreign adversaries develop evermore intricate influence operation tools and techniques to further their agendas, our team of expert fact-checkers and OSINT investigators continue to fight misinformation in all forms to improve today’s fractured information ecosystems.

Below are three examples of times OSINT investigations have been used to uncover Chinese influence operations.

Xinjiang is an autonomous region that borders Tajikistan, Kyrgystan, Mongolia, Afghanistan, and Pakistan. It is where around 12 million Uyghurs live, who have a language and culture that’s close to central Asian countries.

Uyghurs make up less than half of the population of Xinjiang. However, China has been accused of attempting to “dilute” the minority Uyghur population through the mass migration of China’s ethnic majority. It has also been accused of targeting Muslim religious figures and using surveillance systems to monitor the Uyghurs. Furthermore, it’s believed that China has detained over one million Uyghurs — sending them to “re-education camps.” China has denied all allegations of committing crimes against the Uyghurs. Instead, the Chinese government has said the purpose of the “re-education camps” is to combat separatism and Islamist militancy.

In 2020, Buzzfeed published an investigation that used geolocation OSINT techniques to identify the whereabouts of Uyghur internment camps. Buzzfeed’s investigators noticed there were grey tiles that covered satellite imagery on Baidu Maps — China’s equivalent of Google Maps — within the Xinjiang region. The results of the investigation identified 428 locations in Xinjiang that bear the hallmarks of prisons and detention centers.

China claims its success in containing the COVID-19 pandemic is evidence of the superiority of its system. But the PRC has employed disinformation techniques to blame other entities and sow doubt about the pandemic’s origins, both in China and abroad. In September 2021, a Logically OSINT investigation uncovered an example of this, when we found out that several Chinese consulate officials had been promoting the baseless claim that COVID-19 originally came from the U.S. via imported seafood.

Chinese COVID-19-based disinformation has been used on other occasions too. For example, a Chinese Foreign Ministry spokesperson alleged that the pandemic emerged from a U.S. lab. Examples like this can not only change people’s perspectives and sow distrust but can also mobilize groups to act on disinformation and cause chaos.

3. Double Check: Did the PLA Hoist the Chinese flag in Galwan Valley?

China lays claim to Taiwan but also areas on the Indian border. Although China pulled back its forces in 2021, its occupation of contested border areas recently resulted in the first lethal border clash between China and India since 1975.

On January 1, 2022, a Chinese state-affiliated media Twitter handle posted a video purportedly showing soldiers from the People’s Liberation Army hoisting the Chinese national flag in “Galwan Valley, South-west China.” On January 2, the same account posted another tweet with the caption “never yield an inch of land” alongside a video the account claimed was from the Galwan Valley — fanning the flames of Indian border disputes using the territory where 20 Indian army personnel died fighting for the contested area.

Logically used geolocation OSINT techniques to confirm that the flag was raised in Chinese-controlled territory. This example highlights, how misinformation (or in this case malinformation) and propaganda can cause uproar and be used to provoke foreign countries, weaken their positions, and further Chinese influence.

Geolocation OSINT techniques serve as powerful tools to identify misinformation, shed light on atrocities, and verify information. They allow us to pinpoint the discrepancies between the online depiction of places and their offline counterparts, highlighting where threat actors have attempted to obfuscate their actions and intentions. To find out more about how Logically’s OSINT team work, download our reports and get in contact with an expert. 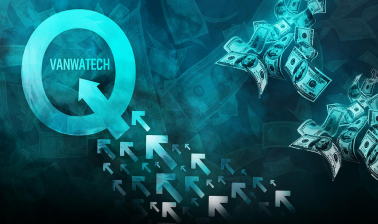 Understand how Logically uncovers those that leverage the anonymity of the internet to spread harmful misinformation and conspiracies using OSINT.