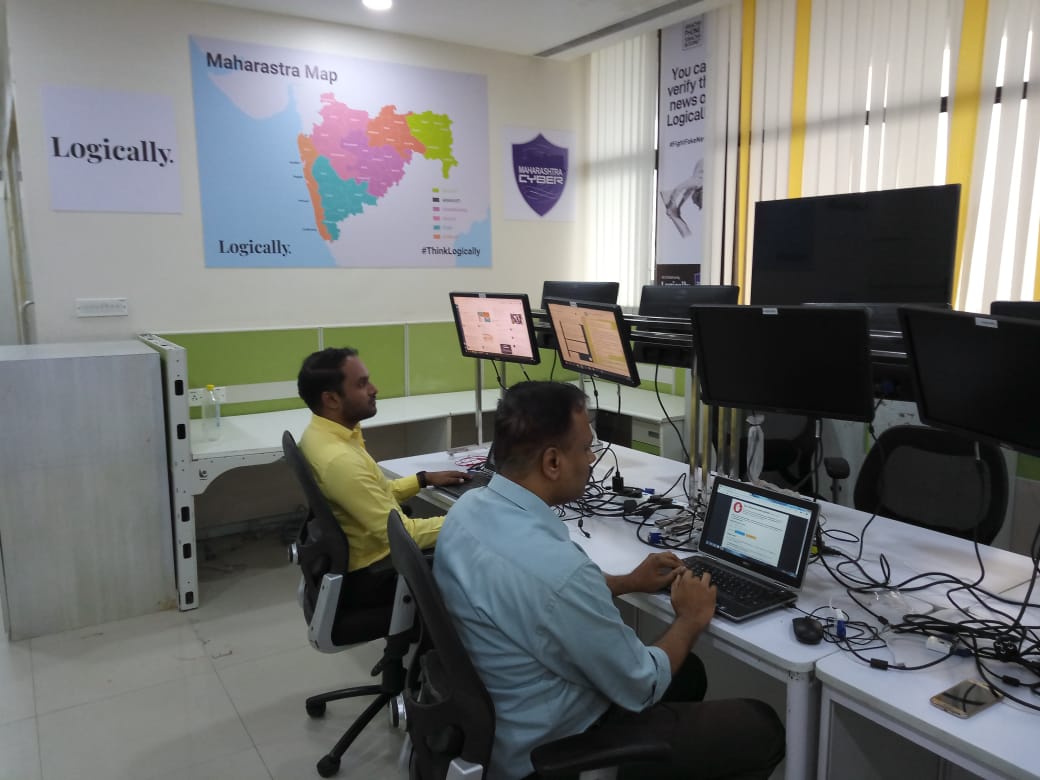 Following the 2019 Indian General Election, Logically teamed up with Maharashtra Cyber Police to set up a war room ahead of the regional Maharashtra Elections. The initiative monitored various social media platforms, namely Facebook, Twitter, YouTube, Instagram and WhatsApp for MCC (Model Code of Conduct) violations to be reported to the Election Commission of India for further action.

The first of its kind for the Maharashtra Cyber Police, the initiative proved its effectiveness in an ever-changing landscape with the model currently being scaled throughout the rest of India. In the same spirit, Logically is confident of adding capabilities and capacity to the existing governmental and regulatory processes. It aims to help ensure information integrity and digital security during elections.

In addition to bringing an arsenal of tools to detect and track problematic content, Logically has also dedicated 20 Fact-checkers and Verification experts, to form a collaborative reporting mechanism along with Maharashtra Cyber Police. It has also set up a war-room in Maharashtra Cyber Office at the Mumbai World Trade Centre, that forms the central hub of all detection, tracking and reporting activities.

Speaking on the development, Lyric Jain (23) Founder of Logically said, “While monitoring candidates can help, we realised that most of the amplification of problematic content is conducted by their followers, bots and bad actors such as foreign governments. We are constantly keeping a watch on these unscrupulous agents who spread misinformation or disinformation”

He further added, “So far misinformation regarding EVMs [Electronic Voting Machines] as well as doctored videos on EVMs being tampered with are extremely popular. Our previous experience with General Elections teaches us that this is just a start. During Lok Sabha elections, we analysed over  40,000 pieces of unreliable news with the most active days either on the day of elections or on results day. The most popular type of content on these days was misinformation about polling booths being moved and dates being changed which could be a possible attempt at voter suppression”

Upon evaluating the effectiveness of its collaborative approach during the Maharashtra State Assembly Elections, the company intends to continue to improve its technical approach and roll out similar collaborations in other states as well as for the centre.

Logically's geared up to fight misinformation in Indian Assembly Elections

We're proud to announce that we have put together a team of 20 fact checkers and six Open Source Intelligence (OSINT) analysts ahead of the Assembly Elections in India. The expert, Indian team will address election-related misinformation as the five...