Logically's geared up to fight misinformation in Indian Assembly Elections 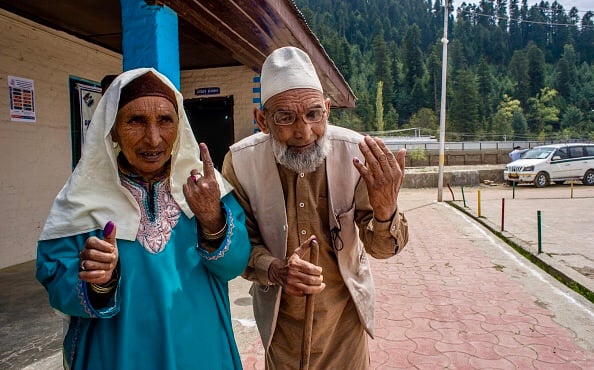 We're proud to announce that we have put together a team of 20 fact checkers and six Open Source Intelligence (OSINT) analysts ahead of the Assembly Elections in India. The expert, Indian team will address election-related misinformation as the five states of Uttar Pradesh, Uttarakhand, Punjab, Manipur and Goa go to the polls.

We have also introduced a WhatsApp number, +91 86400 70078, for people to report misinformation or fake news to Logically’s AI-assisted fact checking teams and appointed Jaskirat Singh Bawa, formerly senior editor with The Quint, to head our fact checking operations in India. Bawa will lead teams in India as Logically amplifies its initiatives to support local electoral authorities and law enforcement teams to counter misinformation in the run-up to the state elections.

With assembly elections approaching, social media has become a battleground for political parties. Logically has been closely monitoring the emerging narratives that are being pushed by various political players, which so far includes the spreading of rumours about political rivals disbanding their units in a particular state, sharing morphed images and making claims of misgovernance, and posting content with heavily communal undertones.

“India has always been a priority market for Logically and we remain committed to fighting misinformation as five states gear up for Assembly Elections. We have strengthened our team and opened additional channels for people to reach out to us if they spot any misinformation or fake news. We are committed to slowing the spread of misleading information and helping to contribute to the free and fair electoral process of the country.

Over the course of the year, Logically’s OSINT analysts conducted a number of high-profile and impactful investigations, including: unearthing a disinformation campaign run by a coordinated inauthentic behaviour network spreading a false narrative on Indian government military decisions, uncovering a Pakistan-based disinformation network spreading polarizing narratives about the Mizoram-Assam border clashes and identifying the polarizing and false narratives being spread about the farmers’ protests.

With such steps Logically is moving forward in its commitment towards reducing the spread of fake news across various platforms in India and throughout the world.

Logically wins the Most Innovative Use of AI award

We are proud to announce that Logically has been awarded the Most Innovative Use of AI award at Computing’s AI & Machine Learning Awards 2021 for our work live fact-checking the 2020 U.S. presidential and vice-presidential debates.

Today we are pleased to announce our new UK fact-checking partnership with Facebook.