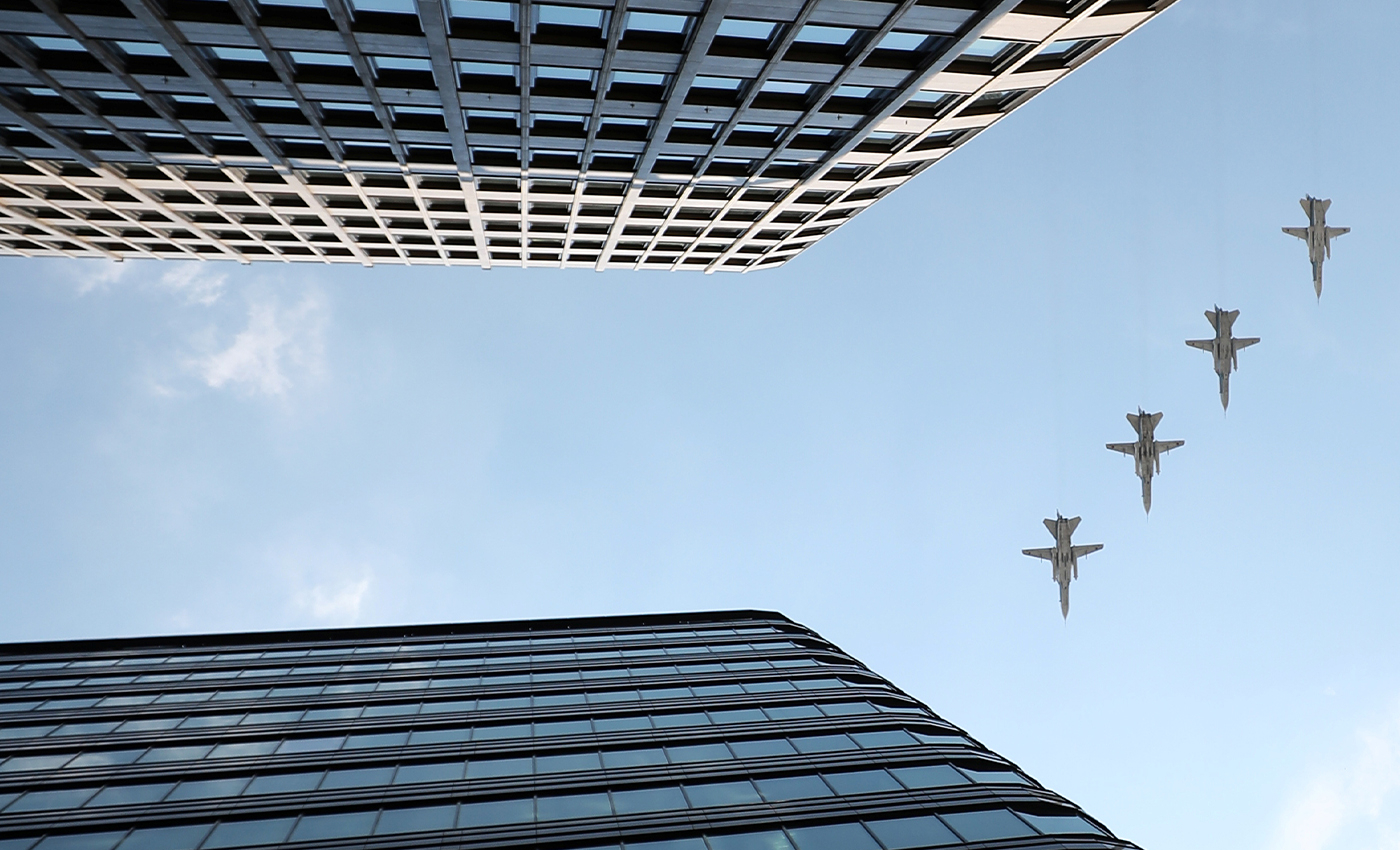 An old video of the Annual Victory Parade rehearsal in 2020 held in Moscow was misattributed to the prevailing situation in Ukraine.

Russia's invasion of Ukraine has given rise to false and misleading narratives on social media. The posts have no reference providing the credibility of the information. One such post said that the Russian aircraft was hovering over Kyiv or Kiev city amid the invasion, with an attached video depicting several aircraft flying in the sky. Another post with the same video attached, captioned fighter jets arrived in Ukraine. However, it is incorrect.

By applying reverse image search on the video stills, it was revealed to be from May 2020. The Moscow Times published a video on May 4, 2020, captioning "Military Planes Fly Over Moscow in Victory Day Rehearsal." Further noted that "seventy-four Russian military airplanes and helicopters flew over Moscow today to rehearse for Russia's Victory Day celebration." The screenshot from the Moscow Times matches the video in the post. The aircraft arrangements in the sky and the buildings are the same.

Few images from BBC also match the video screenshots. BBC pointed out that due to COVID-19, "aviation was photographed by rare pedestrians."

The same video was also found on YouTube dated May 4, 2020, with the caption in Russian, "Flight of aircraft over Tushino. Parade rehearsal May 9, 2020." On May 9, 2020, Russia marked its 75 years since the Soviet victory over Nazi forces in World War II.

The video is from the 2020 Annual Victory Day rehearsal parade in Moscow, and there is no relation to Russia's invasion of Ukraine.