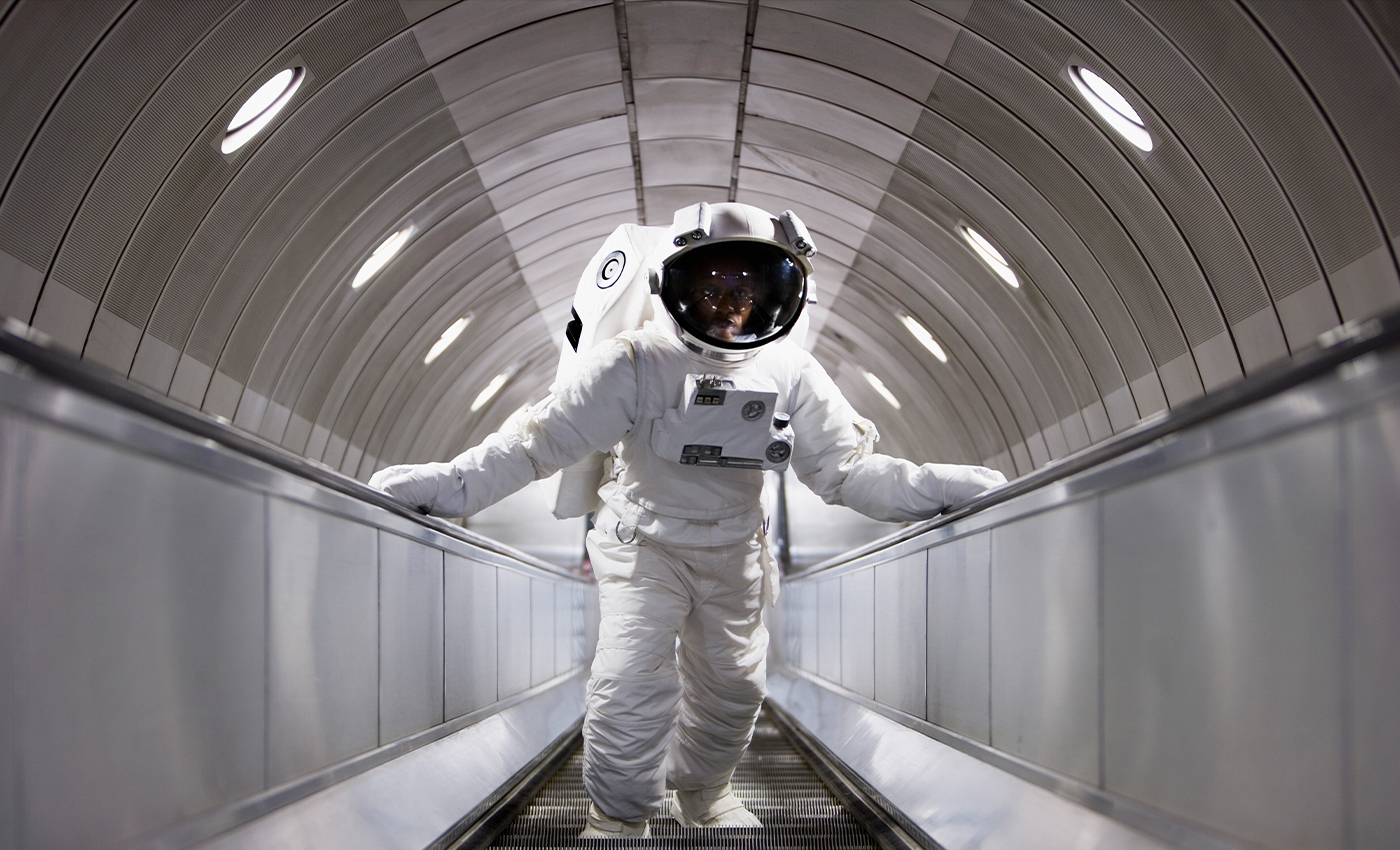 Space suits can endure in the vacuum of space and are not "modified scuba gear." There is no evidence the space program is fake.

Conspiracy theorist Mark Sargent has created many videos attempting to prove the discredited Flat Earth theory. He separates his theories into "clues" that supposedly show the Earth is flat and that a secret group keeps this information from the public. His videos are widely shared on social media, and he has been noted as a significant figure in the modern Flat Earth movement. In part thirteen of his series, "The Lost Nail," Sargent argues that space suits used by organizations like NASA are impossible and that this is a clue that space travel is an elaborate sham to hide the truth of the Flat Earth from the populace. To Sargent, his disbelief in the science of space suits is further evidence that the Earth must be flat and that the accomplishments of international space programs are lies designed to obscure the truth.

The Flat Earth theory has been debunked countless times. Sargeant challenges the scientific community to allow him to participate in a test of a space suit in a vacuum chamber. He believes that in a real vacuum, a space suit might "blow up like a balloon and burst." Space is not a vacuum in the sense that it sucks air. Vacuums are empty spaces and do not exert force. Air pressure is the force at play, decreasing as altitude increases as a function of gravity. This decrease in pressure is one of the reasons that it is more difficult for humans to explore the oceans, which are deep and highly pressurized, compared with outer space. Scientists on Earth cannot replicate the vacuum of space perfectly, and even space is not a true vacuum without matter. The danger to a human in outer space would not be the vacuum causing a space suit to expand and explode, as Sargent suggests. Instead, asphyxiation and ebullism, wherein reduced pressure causes body fluids to boil, are the most immediate threats. Space suit technology is an outgrowth of flight suit technology that has been used since the 1940s to keep pilots at high altitudes within human-safe pressure and oxygen environments.

Among the many aspects of space environments that must be accounted for include temperature, durability, compensation for lack of atmosphere, mobility, et cetera. Sargent points to NASA's testing of space equipment in giant pools as insufficient for testing suits for outer space, claiming that the conditions are too different despite similar weightlessness. He likens space suits to "modified scuba gear." The underwater testing environment can simulate some aspects of space to a certain degree and are helpful to space suit designers testing things like mobility. Still, other testing is implemented for the various conditions astronauts face.

Sargent's core contention is that "no fabric suit can function in a vacuum." Space suits have many layers, but only the innermost layer known as the bladder is considered airtight. Despite this, no space suit is perfectly airtight, and NASA allows for 100ml of air to leak from a suit per minute on suits designed for the International Space Station. Modern space suits can allow for spacewalks of up to 8 hours.

Sargent overestimates the complexity of space suit technology to dismiss it as impossible and appears to misunderstand the vacuum of space. Space suit technology, while constantly refined for specific space mission parameters down to the smallest detail, is plausibly functional in outer space environments. There is no proof that the space program is a hoax designed to hide the Flat Earth, and there is voluminous evidence that space missions have occurred and will continue to.

Seeker by The Verge