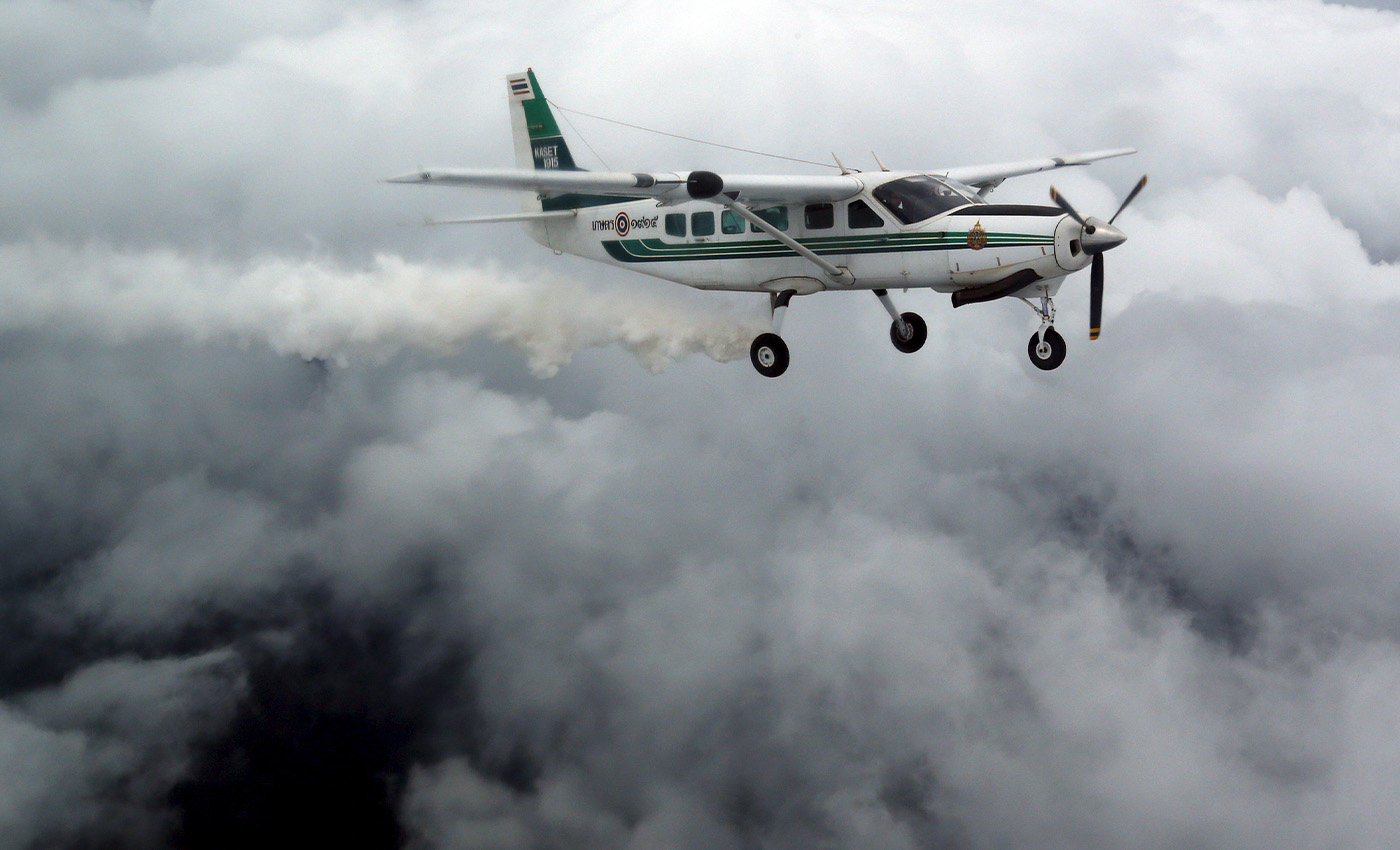 A 2016 news clip was associated with the recent floods in Australia. There is no evidence to prove cloud seeding affected the flood.

Recent social media posts claim that the 2022 floods in Australia were caused or exacerbated due to cloud seeding. A Facebook post with over 23K views asserts this claim with footage from a news broadcast about cloud seeding before a severe flood in Southern Tasmania. The post's caption states, "There were no flood warnings for the area in Tasmania targeted by a cloud-seeding operation the day before floods devastated the town of Ouse." However, there is no evidence that cloud seeding was responsible for the flood.

Through a reverse image search, we found that 7News Melbourne posted the original broadcast on their Facebook page on June 10, 2016, with the caption: "Residents in southern Tasmania want to know why cloud seeding was conducted the day before severe flooding hit the region." Hydro Tasmania, a hydroelectric corporation, published their analysis after the flood to say that a cloud seeding flight was undertaken on June 5, 2016, which had no measurable impact on rainfall. The flight lasted an hour and 34 minutes over the Upper Derwent catchment, targeting Lake Echo. Australian Broadcasting Corporation (ABC News) quoted the Department of Premier and Cabinet's report on the flood in 2018. The report did not find evidence to prove that the cloud seeding flight contributed to the flood.

On March 30, 2022, BBC News reported that thousands of people had to evacuate their homes due to a severe flood on the east coast of Australia. Reuters quoted the Bureau of Meteorology, which said Sydney had received 1,227 mm (48 inches) of rain so far this year, more than its average annual rainfall of 1,213 mm adding that many coastal towns could see up to 180 mm (7 inches) of rainfall.

Cloud seeding is a form of weather modification that has been around since the 1960s, and has been used repeatedly in some places, like Wyoming and Colorado. To "seed" cloud formation, a small aircraft releases a cloud of particulate matter. Water vapor in the atmosphere can then adhere to the particles, and condense into raindrops or snowflakes. Often, a compound like Silver Iodine (AgI) is used as the particulate matter, as it is naturally occurring in the world in low concentrations. Most research has found that AgI, when dispersed in cloud seeding, has no adverse health effects on the environment.

However, some research has raised doubts about its longterm effects on the environment. According to some laboratory studies, a high concentration of AgI can affect smaller organisms like algae and bacteria when applied consistently over a long period of time. It is not yet known whether these findings also apply to wild conditions.

Conspiracy theorists have claimed that cloud seeding leads to climate change and natural disasters like floods. CBS News reported on April 8 that many Australian pilots and aviation companies received threats regarding false claims on social media about cloud seeding. So far, there are no reports of cloud seeding or floods in Tasmania in 2022. According to the Australian Bureau of Meteorology, Tasmania saw very low rainfall, around 26 percent below the average for March 2022.

CORRECTION: We have added an additional source relating to cloud seeding that debates its harmless nature.