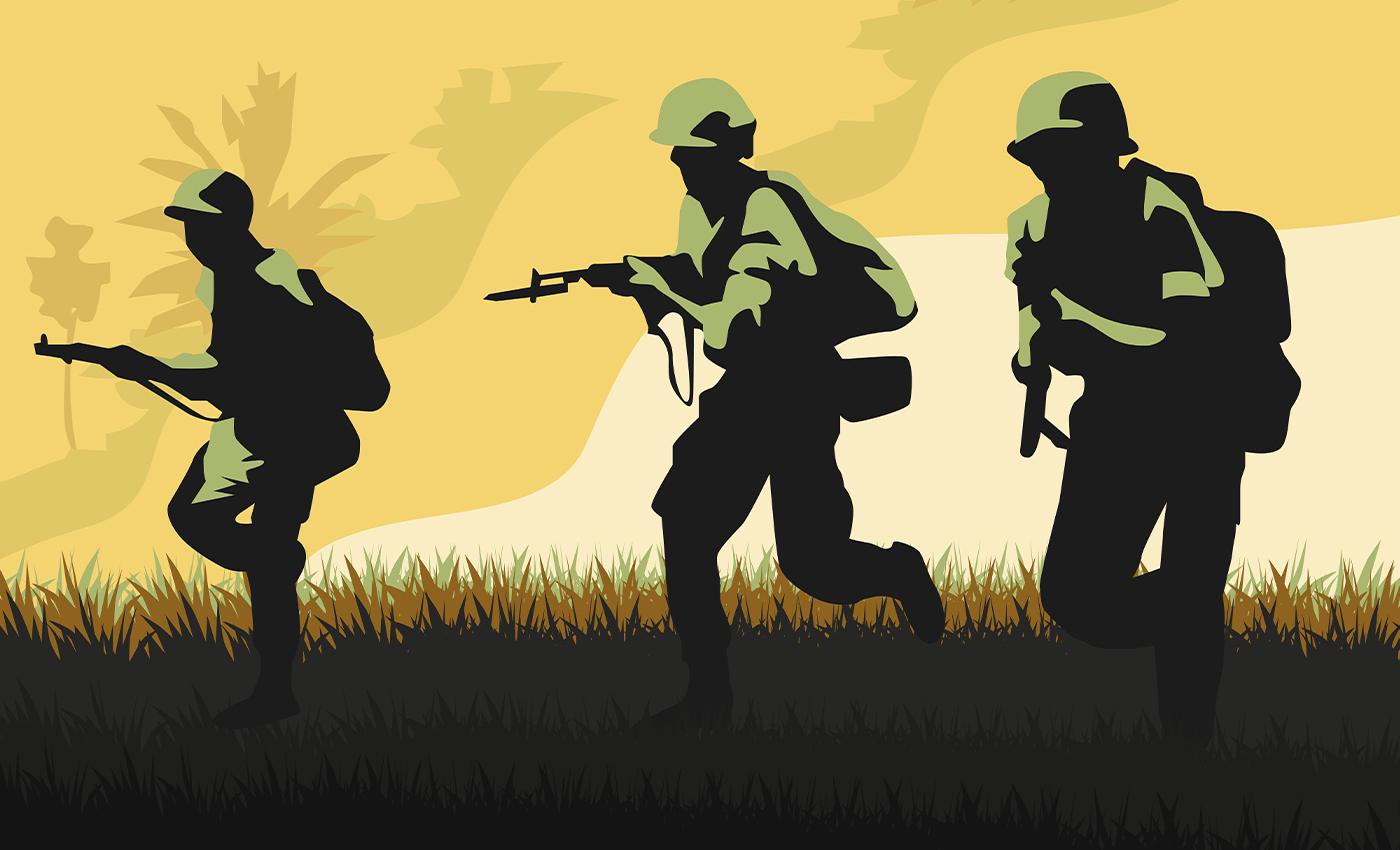 A photo of 2016's attempted coup in Turkey has been falsely attributed as Myanmar military coup.

After Myanmar's military coup on Feb. 1, 2021, a viral photo on social media with a Thai caption claimed that Myanmar soldiers had abandoned their rifles, tanks, and uniforms to protest against the military coup. However, the claim that it's an image from Myanmar is false because the same image was found on Getty Images, and it was uploaded in 2016.

A reverse image search revealed that the original image was published by BBC News in a 2016 article. It reported that the Turkish military had launched a coordinated action to overthrow the government. Through the state broadcaster, the Turkish army said that it had snatched power from President Recep Tayyip Erdogan to protect democracy. However, the ordinary citizens of Turkey opposed the attempted coup. On Jul. 16, soldiers began to surrender due to a lack of public support and abandoned their tanks, weapons, and uniform. Some soldiers claimed that they had been told they were participating in military exercises and were not aware that a coup was being attempted.

The old image from 2016 captured in Turkey has resurfaced on social media with a false claim that it's from Myanmar in 2021.