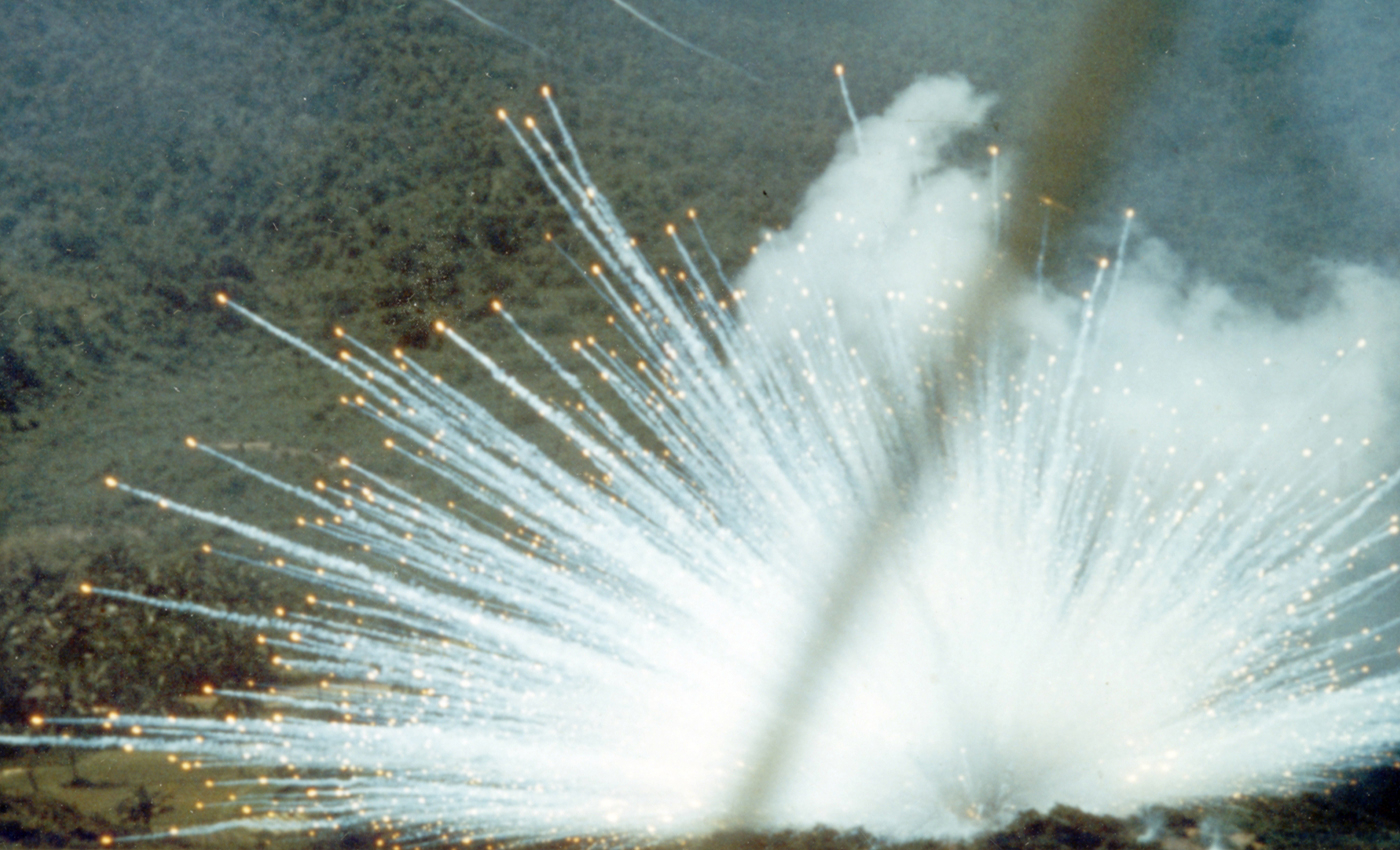 There are currently no independent reports confirming Russia's use of white phosphorus bombs in Ukraine.

Russia has continued its bombardment of cities in Ukraine as the prospect of a peace deal between Kyiv and Moscow remains remote. Ukrainian officials have alleged that Russia used chemical weapons against civilians in the Luhansk region, in violation of the Geneva convention, and have demanded a "no-fly zone" in the western territory of Ukraine. The Ukrainian First Deputy Minister of Education and Science, Inna Sovsun, tweeted a video of the Russians' alleged use of white phosphorus bombs. Other accounts, including ITV News, have shared the same video clip. White phosphorus is a dangerous chemical that burns at above 800 degrees Celsius on contact with oxygen. It produces thick clouds of white smoke and is often used as a military tool to create smokescreens in order to conceal military operations. It sticks to human skin, causing severe burns and can cause organ failure when inhaled. Though it is known to be extremely harmful to humans, it is not considered to be a chemical weapon due to its utilization as a military tool. At present, it is not prohibited by international humanitarian law, though campaigners are working to have it labelled as an incendiary weapon. Forbes cited a tweet posted by Samir, an open-source intelligence analyst, who claimed that it was not a white phosphorus bomb, but incendiary thermite submunitions, unguided missiles that create fires and a type of weapon that Russia is known to have used previously in Syria. We did not find any reports confirming the use of these weapons in Ukraine in 2022. International bodies have not been able to verify the sources on the ground on whether white phosphorus bombs have been used in Ukraine. White phosphorus is currently not a prohibited chemical. Hence we are marking the claim as unverifiable.