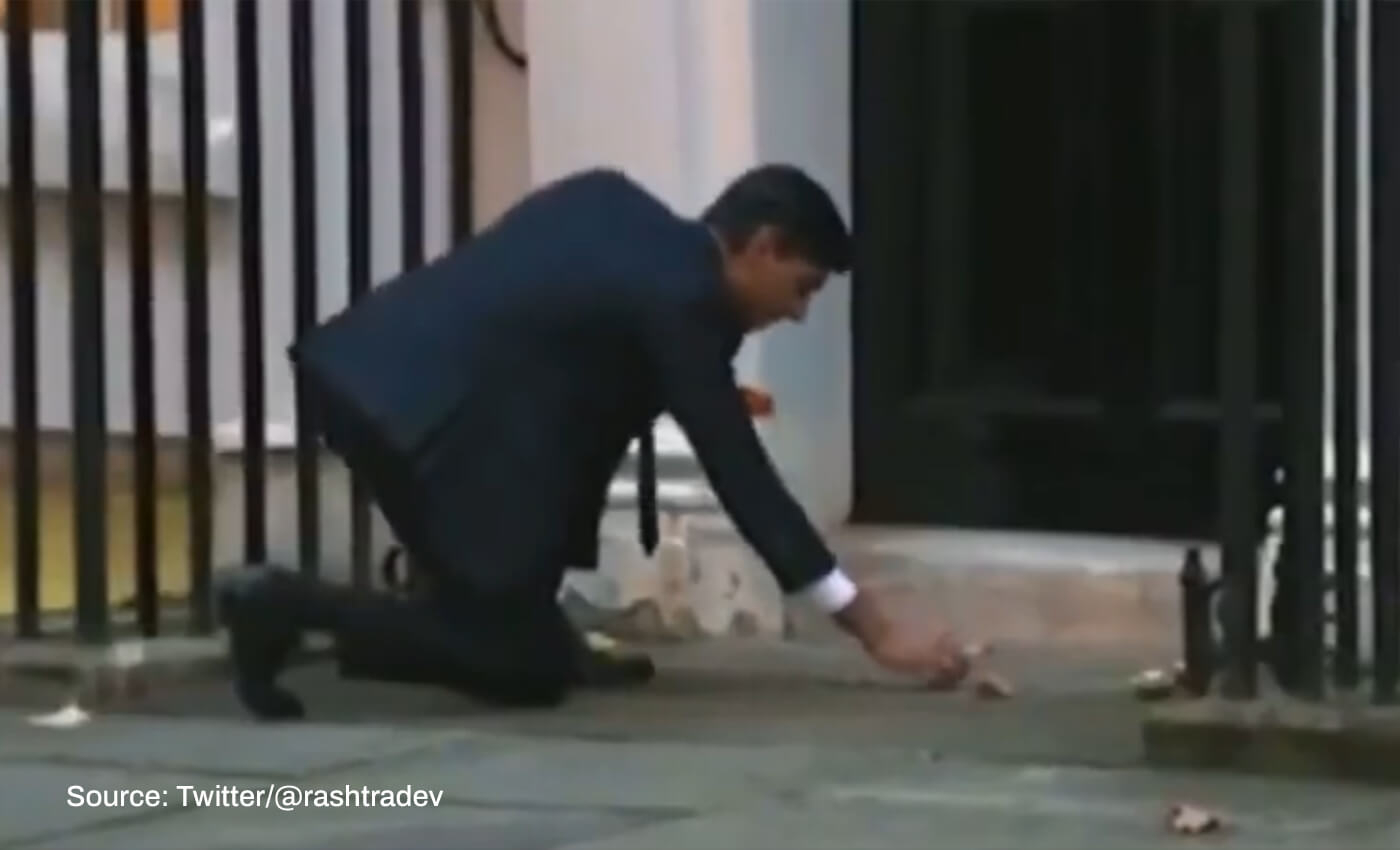 A video of Rishi Sunak celebrating Diwali in 2020 has been misattributed as a recent photo of his entrance into office as prime minister.

A reverse image search of one of the keyframes of the video led us to Getty Images. The video was titled - "Downing Street: EXT / DAWN Various shots of Rishi Sunak MP (Chancellor of the Exchequer) out of Number 11, placing candles on the doorstep and lighting them (ahead of Diwali)." This confirms that the video was taken at 11 Downing Street, the official residence of Britain's Chancellor of the Exchequer.

Harry Farley, a senior journalist at BBC News, also posted this video on November 13, 2020, to his Twitter account, stating that Chancellor Sunak spent the evening in Downing Street and spoke to the media before lighting candles ahead of Diwali. He tweeted, "This weekend Hindus, Sikhs and Jains in England will mark the Festival of Lights under lockdown."

According to NDTV, Sunak has spoken about being a "proud Hindu" over the years. He urged British Hindus in 2020 to follow the lockdown rules and refrain from celebrating the festival of lights with friends and family as England entered its second stay-at-home lockdown.

During the pandemic, Chancellor Sunak was in charge of COVID-19 support cash during lockdowns and created the "Eat Out to Help Out" scheme for restaurants, reported BBC News.

Rishi Sunak, then Chancellor of the Exchequer, lit candles at the entrance of Number 11 during Diwali celebration in 2020, not after he became prime minister of the United Kingdom. Hence, we have marked the claim as false.