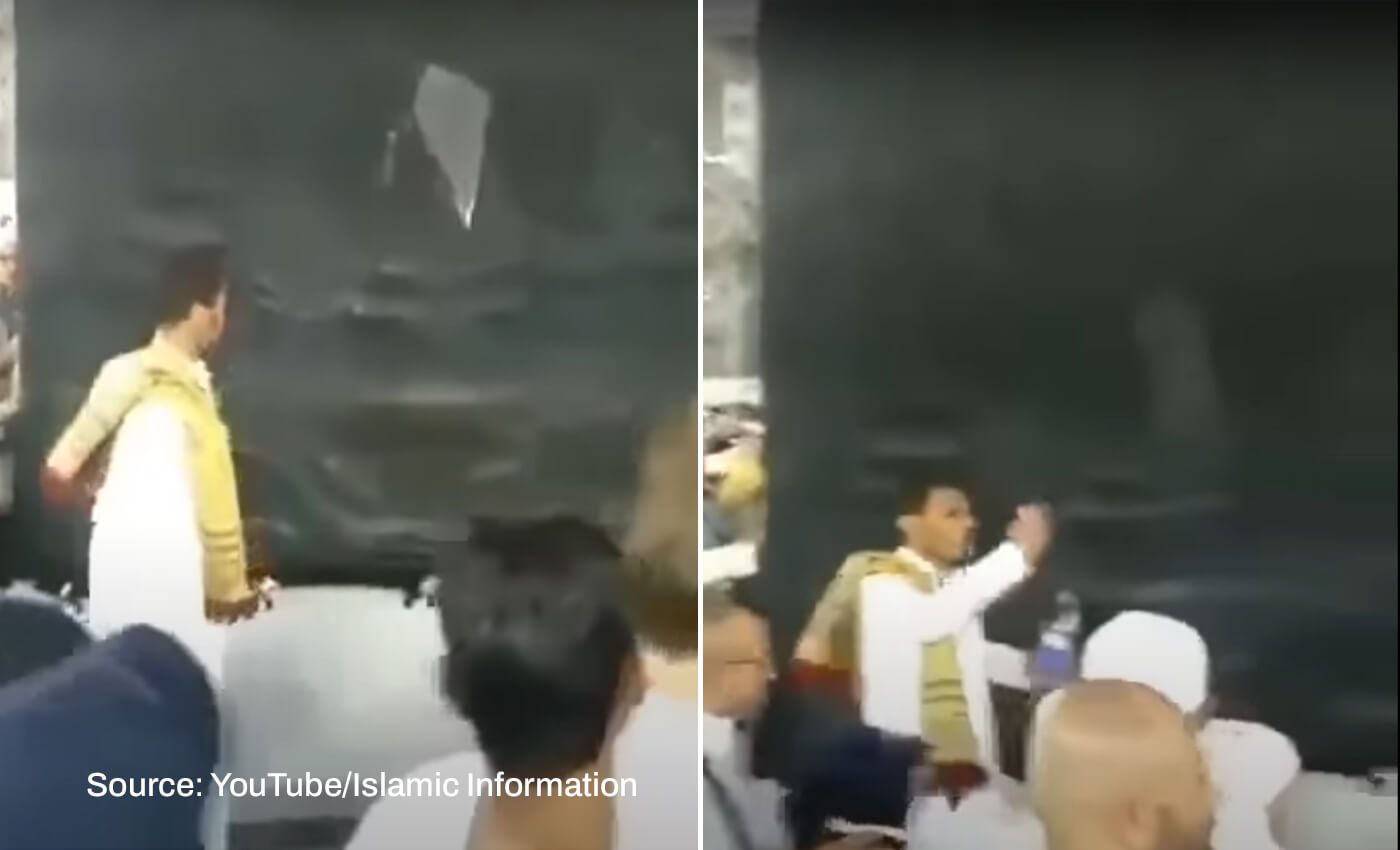 A video of a Saudi Arabian man attempting to pour petrol on the Kaaba in Mecca in February 2017 was shared with a communal spin.

A video showing a man throwing a liquid at the Kaaba in Mecca, Saudi Arabia has been viral on social media since August 23. The narrative being spread is that the man is Iranian and he poured milk on the religious structure and claimed that it was an ancient Hindu site. The message being shared with the video added that he also claimed that the Kaaba is a holy Shivling. In the video, the man, clad in white, can be heard shouting something, after which the crowd milling around the structure restrains him. He then appears to be dragged away by security guards and the pilgrims around him. The video is being shared praising the man for his action.

The Kaaba, in the Grand Mosque in Mecca, is considered the holiest site in Islam. It may be noted that this video, which is viral on both Twitter and Facebook, has been circulating with this narrative since 2018. Also, it resurfaces from time to time despite being fact-checked by several publications.

On performing a keyword search with the words 'Kaaba man throwing milk', we came across a video report from February 2017 published by The Siasat Daily, which carried photos and clips from the scene of the incident, as captured in the viral video. The report stated that the man was a Saudi Arabian national who tried to set himself on fire before being arrested by security officials, who prevented him from acting on his plan. The visuals in the report showed the scene of the incident as the man is being dragged away from the Kaaba. Taking a cue from this, we searched with relevant keywords and came across news reports about the incident from February 2017. Reports by Reuters and The Quint corroborated the self-immolation attempt. They also stated that the mosque's police services said that the man, in his 40s, appeared to be mentally challenged and added that they would take requisite action.

NDTV cited one of the witnesses who spoke to the Sabq news website, saying that the man had been uttering 'takfiri' expressions (term used to excommunicate others from the religion), referring to Islamist groups behind attacks worldwide. However, Gulf News reported that security officials had concluded that the man was trying to kill himself and not set the cloth covering the Kaaba ablaze. The spokesman for the forces, Major Sameh Al Salmi. said that "the man, identified by the security forces as a Saudi national in his 40s, was dousing himself in gasoline when he was caught.

No news report mentioned that the man uttered anything about Lord Shiva and Shivling or that he claimed he was a Hindu.

An old video of a Saudi Arabian man throwing petrol on the Kaaba and then attempting self-immolation is being shared with a communal spin. He was not pouring milk at the holy site claiming it was a Shivling. We have marked this claim false.