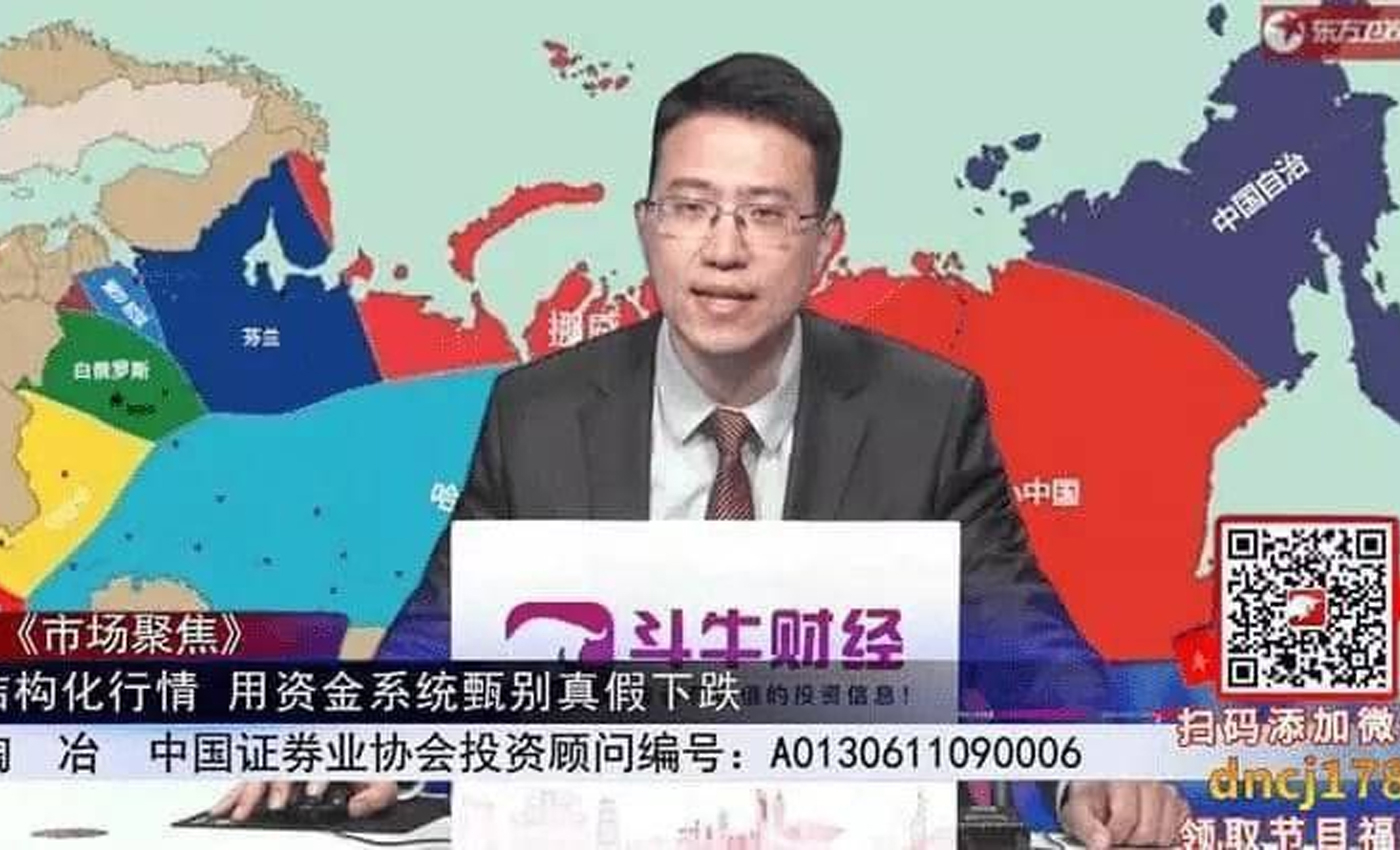 China did not air a map depicting a divided Russia. A map showing Russia's neighboring countries relative to its vast area has been miscaptioned.

Since April 29, 2022, an image has been widely shared on social media claiming that Chinese state television broadcast a map showing which countries would take control of the divided territories of Russia after its eventual collapse due to its decision to invade Ukraine. Most of the viral posts do not say which specific Chinese TV channel aired the report. Some social media users have claimed that China Central Television (CCTV) initially showed the report, but this is false.

A reverse image search only leads us to identical viral posts. Although the posts claim that the news story was aired on Chinese television, none of them contain any links or video clips evidencing this. Also, the story is not available on any of CCTV's websites. In addition, the alleged screenshots seen in the viral posts do not have the CCTV logo in their upper right corners.

Subsequently, we searched using a code – A0130611090006 – mentioned on the shared screenshot. We discovered that it is the license number of a senior investment consultant named Tao Ye from Beijing Zhongfang Xinfu Investment Management Consulting Co., Ltd. He is also the person seen in the viral image, but instead, the logo belongs to China Dragon TV (Shanghai Media Group Dragon Television), which is partly funded by the Chinese government.

Despite these details being revealed through the code on the screenshot, searching the name of both the company and the news consultant does not lead us to the video. By entering another code – dncj178 – shown in the lower right corner of the viral post, we found a video on the YouTube channel called Happy Share Classroom (translated). The video was published on June 30, 2021, with the caption: "The market continues to be strong, and semiconductors are rising again! A shares|China stock market| #Investment #A share market Today's Stock Market" (translated).

When comparing the viral image to this video, it is clear that the screenshot in question, the supposed map of Russia, has been digitally edited because the reporter's background does not include the viral map. Instead, it is a thematic picture of the stock market. Also, the original video does not contain any logo in the upper right corner.

According to the website Vivid Maps, the original copy of the map was first posted on Reddit in the MapPorn subreddit on July 2, 2020, by a user named galacticpasta. It claims to show which countries are Russia's closest neighbors, depending on the region. Subsequently, the image of the map was published by other sources, including Russia's state-run news agency RIA Novosti Crimea, with the headline "In Latvia, they decided to "divide" Russia: who "got" Crimea."

Thus, the allegation that China televised a map showing a divided Russia is false.