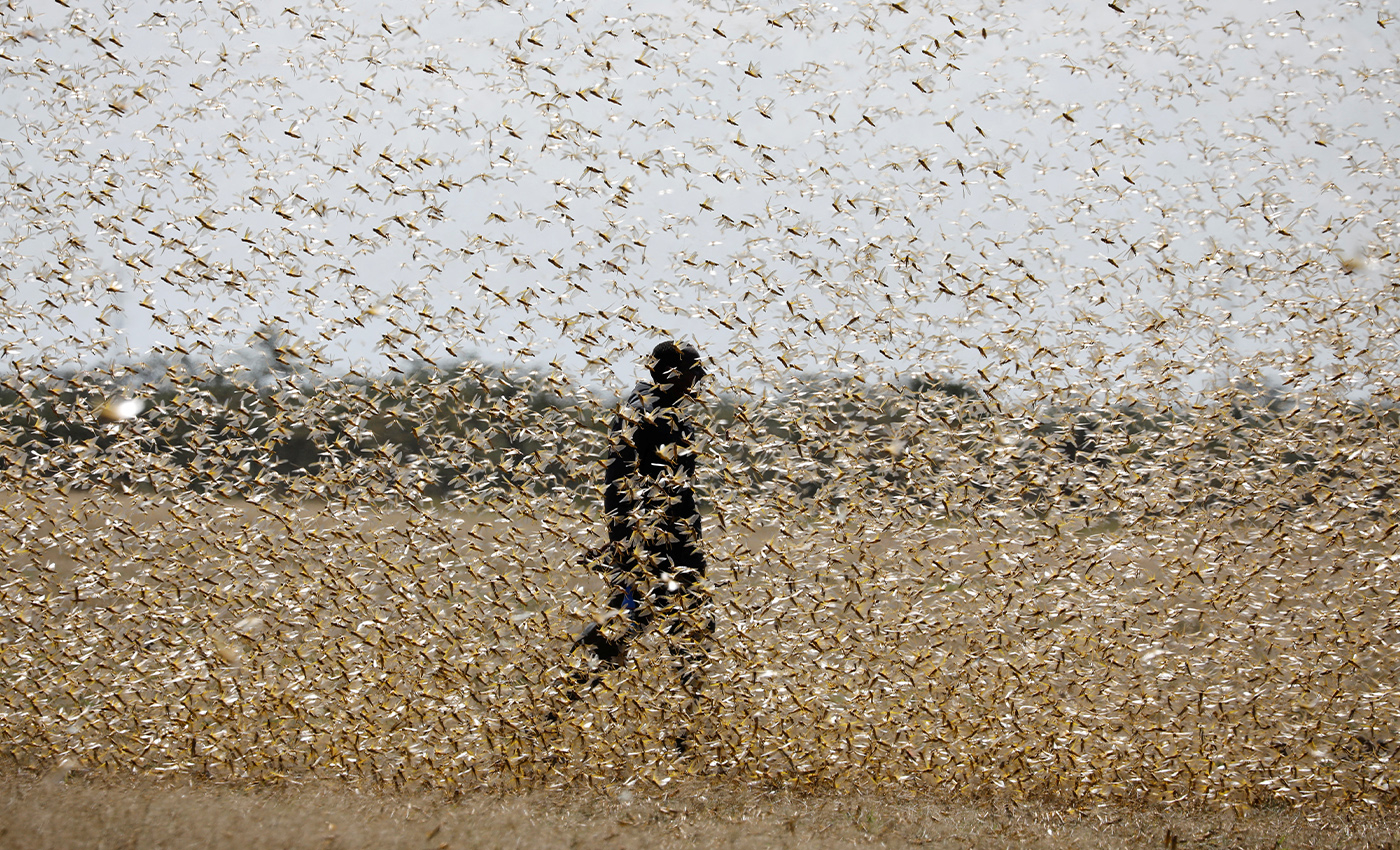 Locust swarms attacked parts of Haryana but there was no death reported in the state.

Swarms of locusts attacked mostly western and south-western districts of the state of Haryana. According to the villagers, the locusts first entered Madhosinghana village and then spread over to more areas covering Modia Khera, Chauburja, Rangari Khera, Malekan, and Nanakpur villages. The locusts have caused extensive damage to the crops, and the authorities are taking steps to drive them away. The Agriculture Minister of Haryana, Jai Parkash Dalal, said that Locutus entered the state through Mahendragarh village and settled near Jatusana. However, there have been no deaths reported due to locust attack in the state of Haryana.