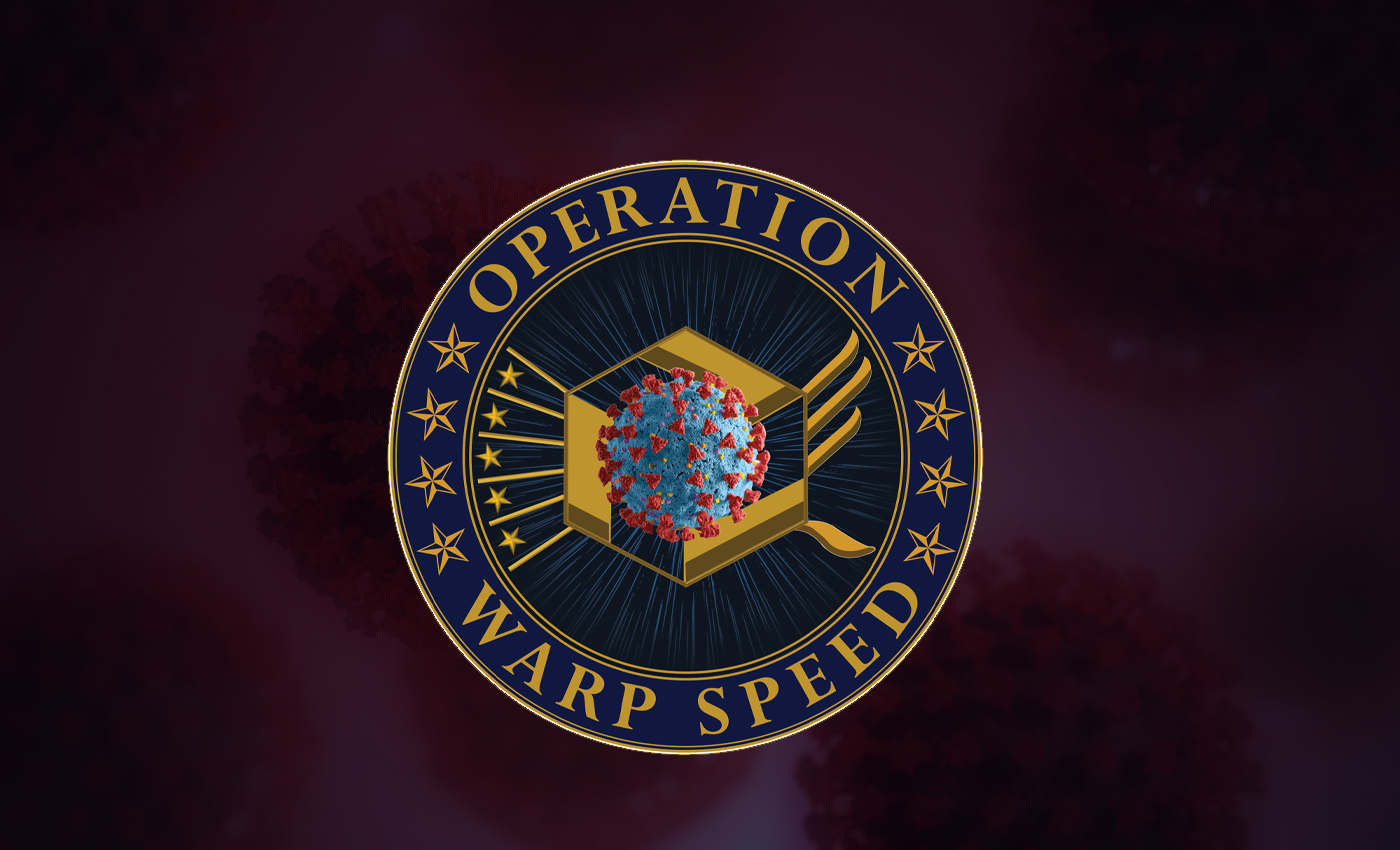 While the administration has not published a detailed plan for vaccine distribution, Operation Warp Speed is still a plan.

President-elect Joe Biden recently claimed that the Trump administration does not have a detailed plan for distributing the COVID-19 vaccine. "There is no detailed plan that we've seen, anyway, as to how you get the vaccine out of a container, into an injection syringe, into somebody's arm," Biden said at an event in Wilmington, Delaware.

In response, U.S. Health Secretary Alex Azar insisted that the Trump administration had a plan to distribute coronavirus vaccines. Under Operation Warp Speed (OWS), a joint project by the Department of Health and the Department of Defense, there are goals not only to accelerate the development, manufacturing, and distribution of a COVID-19 vaccine but also to have 300 million vaccination doses available by January 2021.

However, there are of delivering 300 million doses immediately after emergency-use approval and before the end of 2020 as the Trump administration initially promised, current plans call for the availability of 35 to 40 million doses, enough for up to 20 million people under a two-shot regimen.

Most Americans will have access to highly effective vaccines by mid-2021, Dr. Moncef Slaoui, the chief adviser of President Donald Trump’s Operation Warp Speed program, has said. OWS officials also said that within 24 hours of the Pfizer vaccine winning clearance, "the government would begin releasing 6.4 million doses, in two stages: enough for the first shot, followed three weeks later by enough for the second shot. Once the Moderna vaccine is authorized, perhaps a week after Pfizer’s, 12.5 million doses would begin to be released, under a similar schedule," reported the Washington Post.

General Gustave Perna, the logistical chief of Operation Warp Speed, has said those initial bursts of vaccine would be followed by a weekly “cadence” of shipments. Slaoui has al;so said that he will meet with President-elect Joe Biden this week to discuss vaccine rollouts expected in the U.S. this month.

Trump has said the Department of Defense is mobilized and fully set up to distribute the vaccine, initially to frontline workers, the elderly, and high-risk Americans. However, according to Global News, Trump has been exaggerating the military’s role in his administration’s program to accelerate the development, production, and eventual distribution of COVID-19 vaccines. Referring to Operation Warp Speed as a partnership that would combine the full resources of the Pentagon and the Health and Human Services Department, Trump said: “We have the mightiest military in the long history of humankind to deliver the vaccine” However, "the military will not distribute the vaccine, although state governors have the power to use members of their National Guard for any number of tasks supporting public safety, including to help with vaccine logistics if deemed necessary."

The Centers for Disease Control and Prevention (CDC), not the military, is in charge of the distribution effort. CDC's plans are based on plans drawn up by each state and other jurisdictions. The distribution will be executed by private companies, including McKesson, a health care company that has extensive experience in the distribution of flu vaccines. McKesson also will distribute supplies needed to administer the shots.

According to Politico, the Trump administration has decided to pass the task of getting vaccines to people to individual states. While state and federal officials agree that the country’s 21 million health care workers should be the first to get doses, “there is no consensus about how to balance the needs of other high-risk groups, including the 53 million adults aged 65 or older, 87 million essential workers and more than 100 million people with medical conditions that increase their vulnerability to the virus.” Trump's administration has told governors they have the ultimate say when deciding who gets vaccinated when; it’s also chosen to “allocate scarce early doses based on states’ total populations,” which will ultimately lead to difficult choices in states with a bigger proportion of residents who are at risk. Experts worry that could undermine confidence in the effort to vaccinate the population, the success of which is dependent on persuading a huge number of Americans to get immunized.

Health officials in numerous states said they expected to vaccinate fewer people than they had originally anticipated with the Pfizer vaccine's first wave. The sharp decline in expected doses changed their planning in the final stages "of preparation for a logistical ordeal as complex as a military campaign," reported the Washington Post.

A CDC advisory committee recommended this past week that healthcare personnel and residents of long-term care facilities should be the first to get a vaccine. Because of the limited supply, the advisory committee’s workgroup suggested a standardized approach for health-care systems to prioritize their personnel even further. They could stagger vaccinations by individual units, such as emergency departments, and prioritize those with direct patient contact and those who handle infectious material. Few officials seemed to know exactly why they are receiving fewer doses. “There has been some lack of clarity in terms of what states are going to get,” said Rachel Levine, Pennsylvania’s health secretary and president of the state health official association. “We’re not crystal clear.”

Experts agreed the administration’s plan to pay companies billions of dollars in advance to spur manufacturing in parallel to the initiation of clinical trials—a strategy never attempted on such a massive scale—must still be considered a success. The advance payments eliminated or reduced financial risk for the companies, which have raced to ramp up production of doses that are still in the pipeline, if coming slower than originally pledged.

Trump is holding a White House event to promote the program’s role and plans to issue an executive order that applies his “America First” philosophy to the pandemic by proclaiming that other nations will not get the U.S. supplies of its vaccine until Americans have been inoculated.