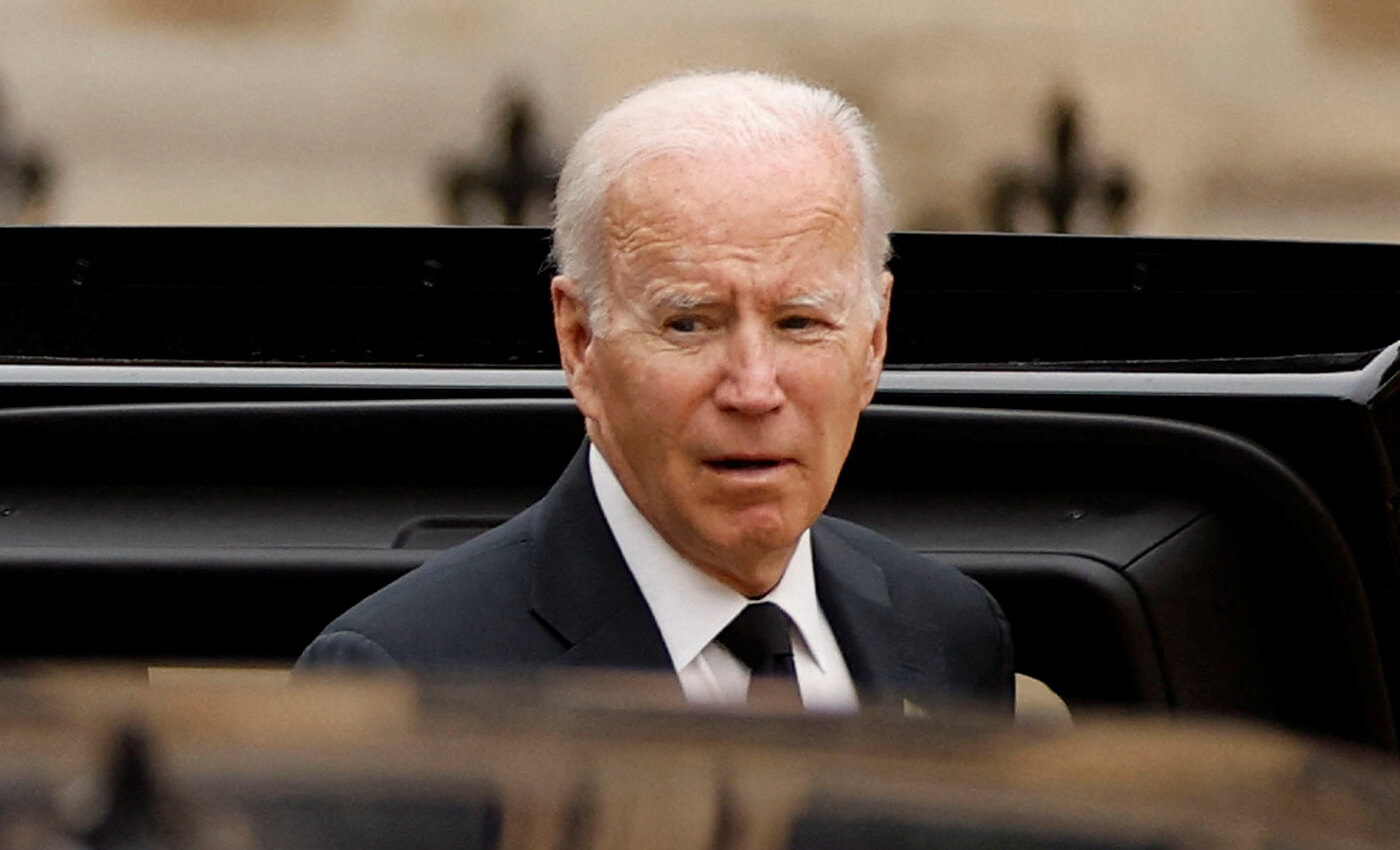 U.S. President Joe Biden was not heckled in London, and the viral video has been digitally altered.

A video is being shared on social media claiming that the U.S. Presidnet Joe Biden was heckled in the United Kingdom when he was there to attend the funeral of Queen Elizabetth II. Social media users claimed that people raised "Let's go Brandon" slogans during Biden's motorcade in London. In the 14-second video, the U.S. President is seen sitting inside a car, and "Let's go Brandon" slogans can be heard in the background. A caption with the video read, "Creepy Joe gets a warn UK welcome!!!😂😂😂 They whole world knows he's a joke!"

The British royal family invited leaders worldwide to Queen Elizabeth II's funeral. President Joe Biden attended the service on September 19. People claimed he was heckled with "Let's go Brandon" slogans on his way to the funeral. This slogan had became popular in the states in October 2021. An NBC reporter was interviewing NASCAR driver Brandon Brown. The crowd started chanting "Fuck Joe Biden" during the conversation. The reporter misheard the slogans and suggested they were chanting "Let's go, Brandon" to cheer the driver.

On dividing the video into keyframes we ran a reverse image search. We found the original version of the viral video in a tweet. Lead U.K. political analyst at Global Counsel Joe Armitage shared the video on September 19. In this video, Biden's car gets stuck in traffic for a brief moment and then leaves. In the caption, Armitage wrote, "American President comes to a standstill in London traffic near Marble Arch. Might as well have taken the bus."

U.K.-based news organization Evening Standard published the original version of the viral video on their YouTube channel. The footage was uploaded on September 19, titled - Biden's 'Beast' limousine gets stuck in traffic outside Pret.

We couldn't find the origin of the "Let's go Brandon" chanting audio used in the viral video. However, it's confirmed that the video of Biden's motorcade has been fabricated and shared with false claims.

An altered video falsely claimed that U.S. President Joe Biden was heckled in London. The original video includes no slogans against Biden. Hence, we have marked this claim as false.