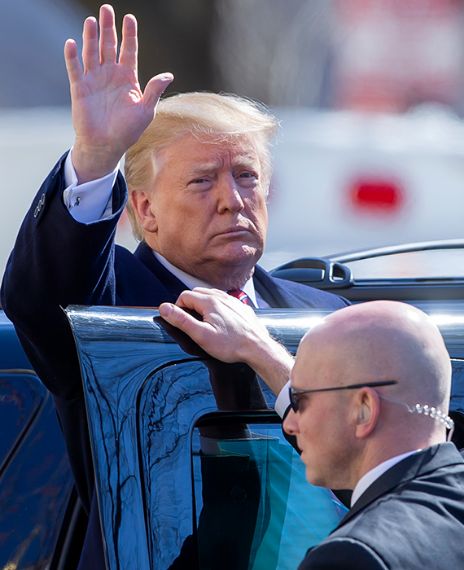 Christopher Zullo, a twitter user blamed Trump that even though he knew about COVID-19 in January he did not enforce social distancing, lockdowns, school closures, medical supply production, mask-wearing at the beginning of February 2020.

United States President Donald Trump spoke about coronavirus at the World Economic Forum held at Davos, Switzerland on 22 January 2020. He said the U.S. has a plan to fight against the spreading of coronavirus, the SARS-like disease.

But emergency was only proclaimed on 13 March 2020 after the World Health Organization on 11 March 2020, announced that the COVID-19 outbreak could be characterized as a pandemic as the rates of infection continued to rise in many locations around the world and across the United States.

It was only during the press conference on 13 March 2020, did President Donald J.Trump press the American people to compulsorily follow the guidelines issued by the Centers for Disease Control and Prevention (CDC), which included social distancing and wearing facemasks. He declared closures of schools and all business other than essentials services. He further added that the government would implement the Stafford Act as part of the national emergency which allowed the Federal Emergency Management Agency(FEMA) to distribute funds from its disaster fund to various state governments that could be applied to tests, medical facilities, and other supplies.

The entry of foreign nationals who had been to Europe between March 1-13 was suspended/barred. Citizens, permanent residents, and even the families returning from Europe were subjected to extra screening as well as self-isolation for 14 days.

However, the claim that lockdown and other measures should have been implemented earlier to stop the rise in infections from Covid-19 is unverifiable

The coronavirus advisory heard at the beginning of phone calls can be avoided by pressing '1'.