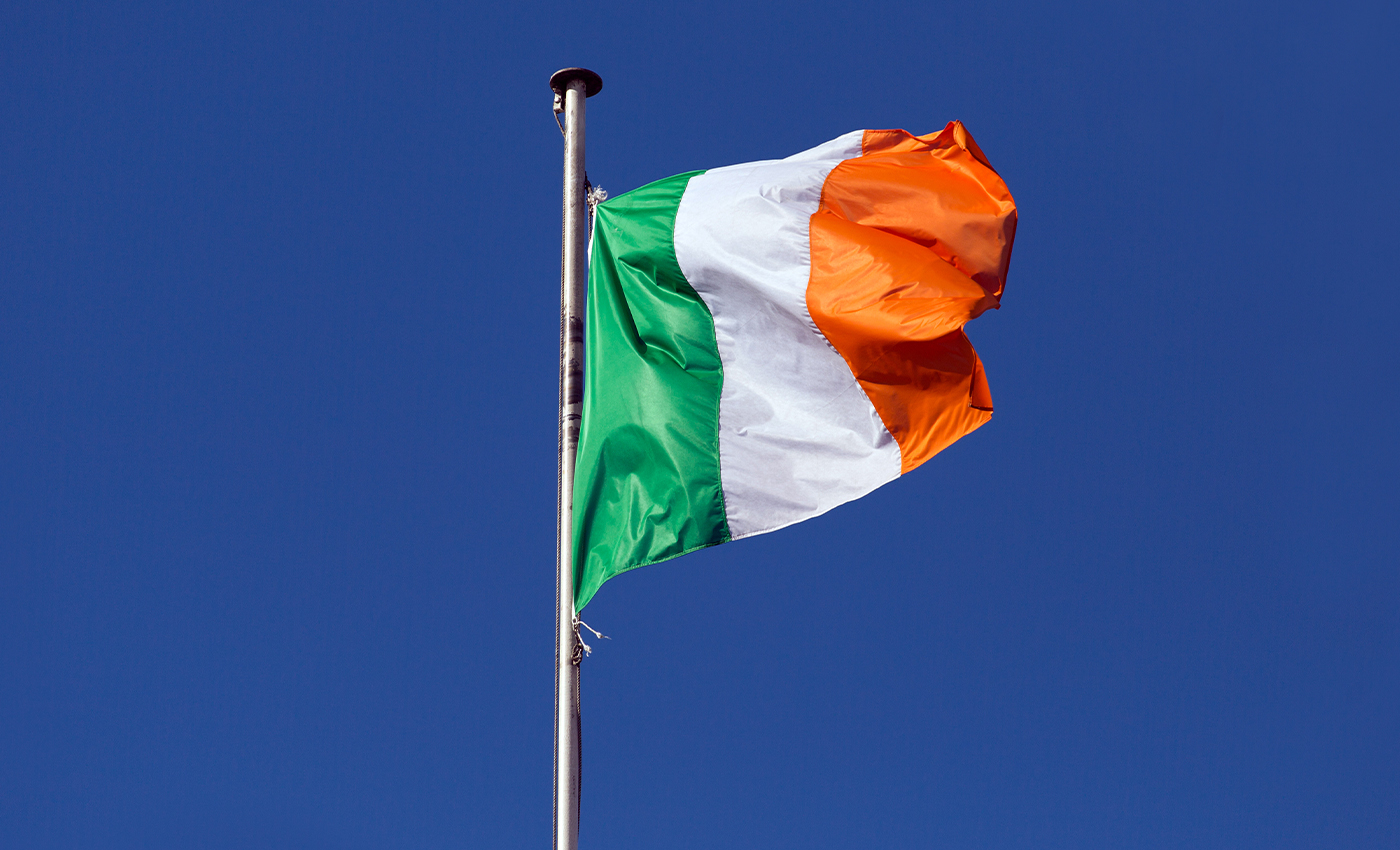 The image circulating is of a senior member of gardaí who had taken possession of evidential material and his photo is being shared out of context.

On the afternoon of February 27, 2021, clashes broke out between protesters and gardaí after a protestor directed a firework at the gardaí. Protestors took the streets in Dublin, Ireland, to protest against the lockdown. Video footage surfaced on the internet showing a man lighting a fireworks cannon in the crowd on Grafton Street. He then made his way through the crowd before firing the cannon at the line of gardaí. Members of the force surged forward and clashed with some of the crowd. A total of 23 arrests were made on Grafton Street and at a related protest outside the GPO on O’Connell Street. According to the Irish Times, the man who directed the fireworks is known to the gardaí and has convictions for petty crimes. While he has previously been present at anti-lockdown protests, the gardaí do not believe he is affiliated with any right-wing organization.

Since the clash, several people have posted videos and images related to the protest. One image posted shows a garda holding the same firework which the protestor had used. People have used this image to claim that the garda is behind the attacks that happened during the protest or that the protestor stole the rocket, which he then used to attack the gardaí. However, besides this image (which does not prove much), there is no evidence that the gardaí was somehow responsible for the attack.

We have reason to believe that the picture being shared has been taken out of context and is being shared to tarnish the image of the gardaí. Firstly, after browsing through several photos taken on the day, not one a single officer is seen wielding a firework. All officers are either holding a baton or a gun. Moreover, the picture being shared to support their claim seems like it was taken after the protests were over. The surrounding area in the picture looks "normal" and not the way it should look amid a protest.

I reached out to Padraig O'Reilly, a photojournalist from Dublin who covered the protest, to ask about the picture. Although he did not know the source of the picture and said it's not a professional photo because of its low quality. He said, "that image was taken after the man fired the rocket at police. They recovered that rocket, and it has been analyzed for DNA as part of criminal prosecution against the man that fired the rocket."

For further verification, I also reached out to the gardaí press office. They dismissed these theories and rumors and confirmed that the gardaí was not responsible for the rocket in any way. I asked them if officers also carry these kind of fireworks because a post claimed that officers were carrying them to disperse the protestors. They replied, "Garda Síochána does not possess or utilise any pyrotechnic material in relation to crowd control incidents, nor do any an Garda Síochána policies provide for the use of pyrotechnics in public order crowd control".

They further said with regards to the image of the officer standing with the firework, "an Garda Síochána can confirm that the image is of a senior member of An Garda Síochána, who had taken possession of evidential material (discharged pyrotechnic) during the events of 27th February on Grafton Street and was awaiting attendance of investigating gardaí to hand over the evidential material. This evidence is currently subject to forensic examination".

Therefore we conclude that gardaí was not responsible for the attack during protests in Dublin.