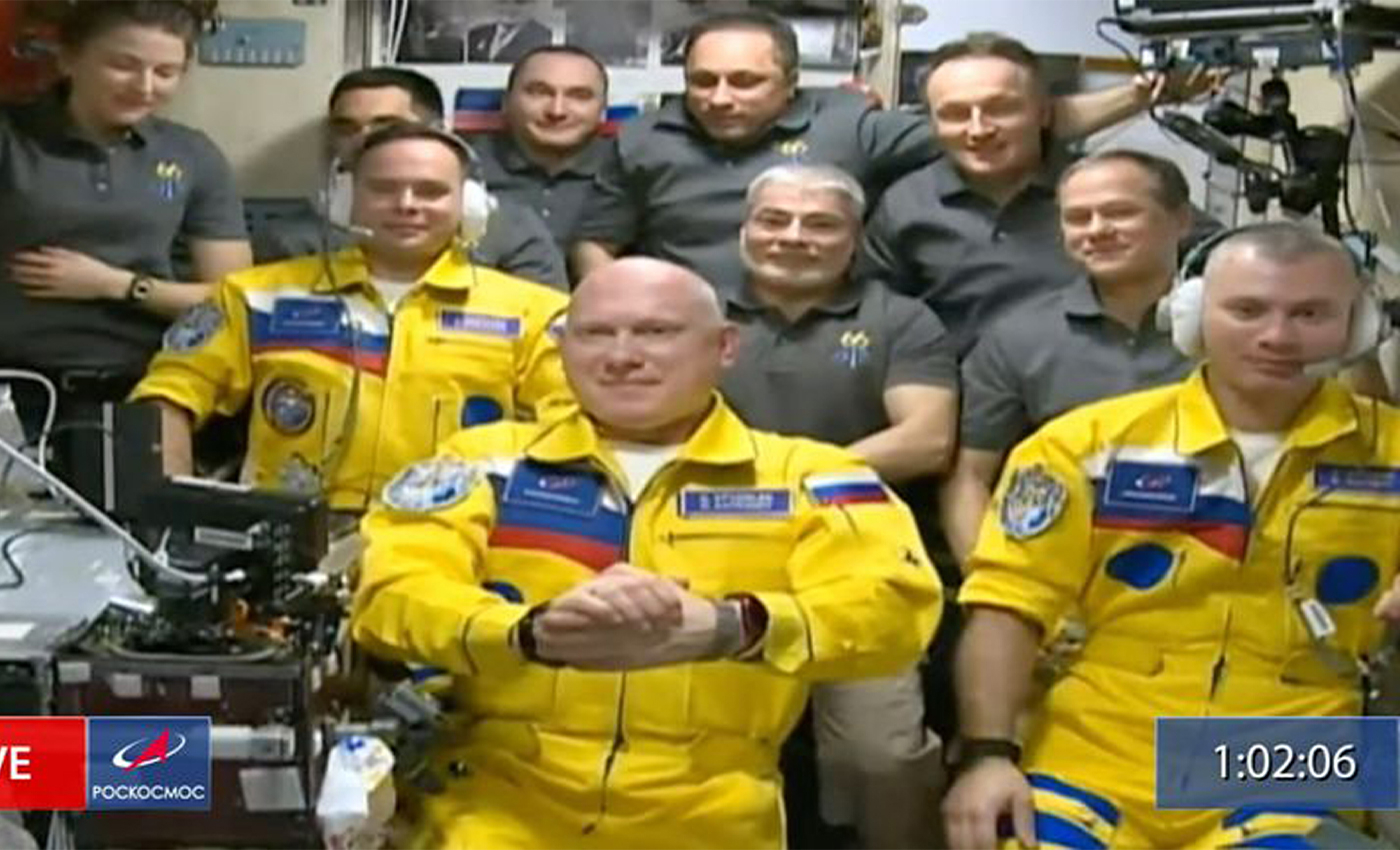 The mission commander confirmed the cosmonauts' flight suit color was chosen before the Russian invasion and represents their alma mater, not Ukraine.

People worldwide have been using the colors of Ukraine's national flag to demonstrate unity and support since Russia invaded Ukraine on February 24. A month into the invasion, U.K. news organization The Times reported that three Russian astronauts arrived at the International Space Station (ISS) on March 18, wearing Ukrainian flag colors. The corresponding images show the cosmonauts in yellow suits with blue accents. The Times cited their article in a tweet and said these outfits "appeared to be a daring statement against the war." However, this is false because the colors represent a Moscow university emblem, according to the cosmonauts.

BBC News reported that Russia's space agency had denied media reports that the three cosmonauts entered the ISS wearing Ukrainian flag colors as a possible protest against the conflict. The ISS collaborates with Russia, the United States, Canada, Japan, and numerous European countries. It is driven by a U.S.-Russian alliance that has lasted two decades, despite tensions. Cosmonauts Denis Matveyev, Oleg Artemyev, and Sergey Korsakov will begin a six-month scientific mission on the ISS, replacing three current crew members who will return to earth on March 30.

According to Associated Press News, Russian state-run corporation Roscosmos' press service said on its Telegram channel that all three cosmonauts in the new crew graduated from Bauman Moscow State Technical University. Their flight suits were made in the colors of the university's coat of arms. Roscosmos Director-General Dmitry Rogozin emphasized this in tweets sent on March 19.

According to Reuters, mission commander Oleg Artemyev spoke about the suits in a live-streamed news conference from the ISS on March 18. He said that every crew picks a unique color, and when it was their turn to do so, they chose yellow because they "had accumulated a lot of yellow fabric and needed to use it up." He added that the color choice was made six months before the launch, predating the invasion.