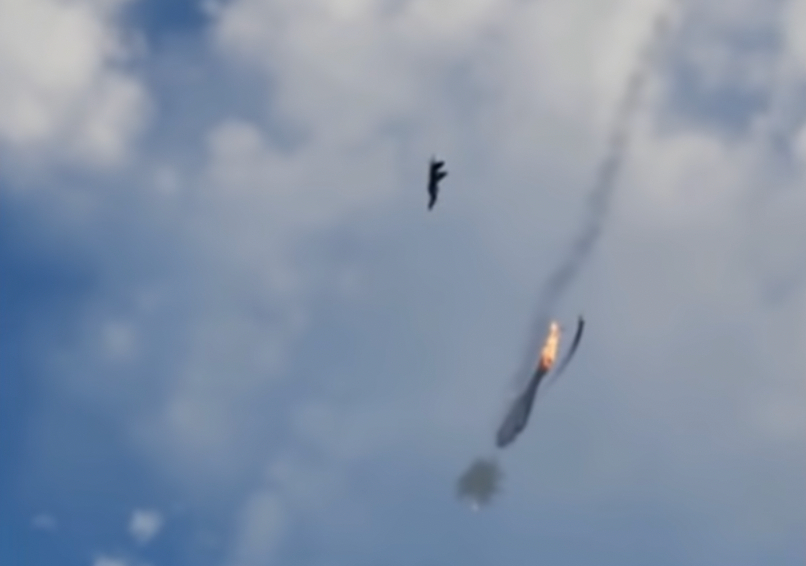 The footage is in fact drawn from a simulation made in DCS World, a well-known digital combat simulator created by Eagle Dynamics.

Most often, these posts claim that the video or screenshots from the video show "a Ukrainian Air Force MiG-29 shooting down a Russian Air Force Su-35 fighter plane over the Ukrainian capital Kyiv." Some social media posts and news outlets claim that this video depicts the "Ghost of Kyiv," the emergent folk hero of the ongoing war.

Since it was uploaded, the video has been downloaded and reuploaded in different languages across various social media platforms including Twitter, Facebook, and TikTok. Unfortunately, this video is entirely falsified, and the footage is in fact drawn from DCS World, a digital combat simulator created by Eagle Dynamics.

Fact-checkers at French international news agency L'Agence France-Presse (AFP) reported that after performing a reverse search of keyframes drawn from the footage using the InVID WeVerify tool, they were able to identify a YouTube video uploaded by an individual with the username “Comrade_Corb” as the clip’s original source.

The original video was uploaded on February 25, and is titled “GHOST OF KIEV KILL | dogfight between Ukrainian MiG29 and Russian Su27 simulated in DCS world.” The video’s description states, "This footage is from DCS, but is nevertheless made out of respect for ‘The Ghost of Kiev.’ If he is real, may God be with him; if he is fake, I pray for more like him."

On February 25, Eagle Dynamics, the game developer that created DCS World, published a statement on Twitter concerning the use of its software, saying, “In the light of the current situation unfolding in Ukraine, it is paramount to avoid generating images that could be misconstrued and potentially put lives in danger. Therefore may we beg you to be sensible and avoid using DCS to create videos of this nature.”

As such, we have marked this video as false.