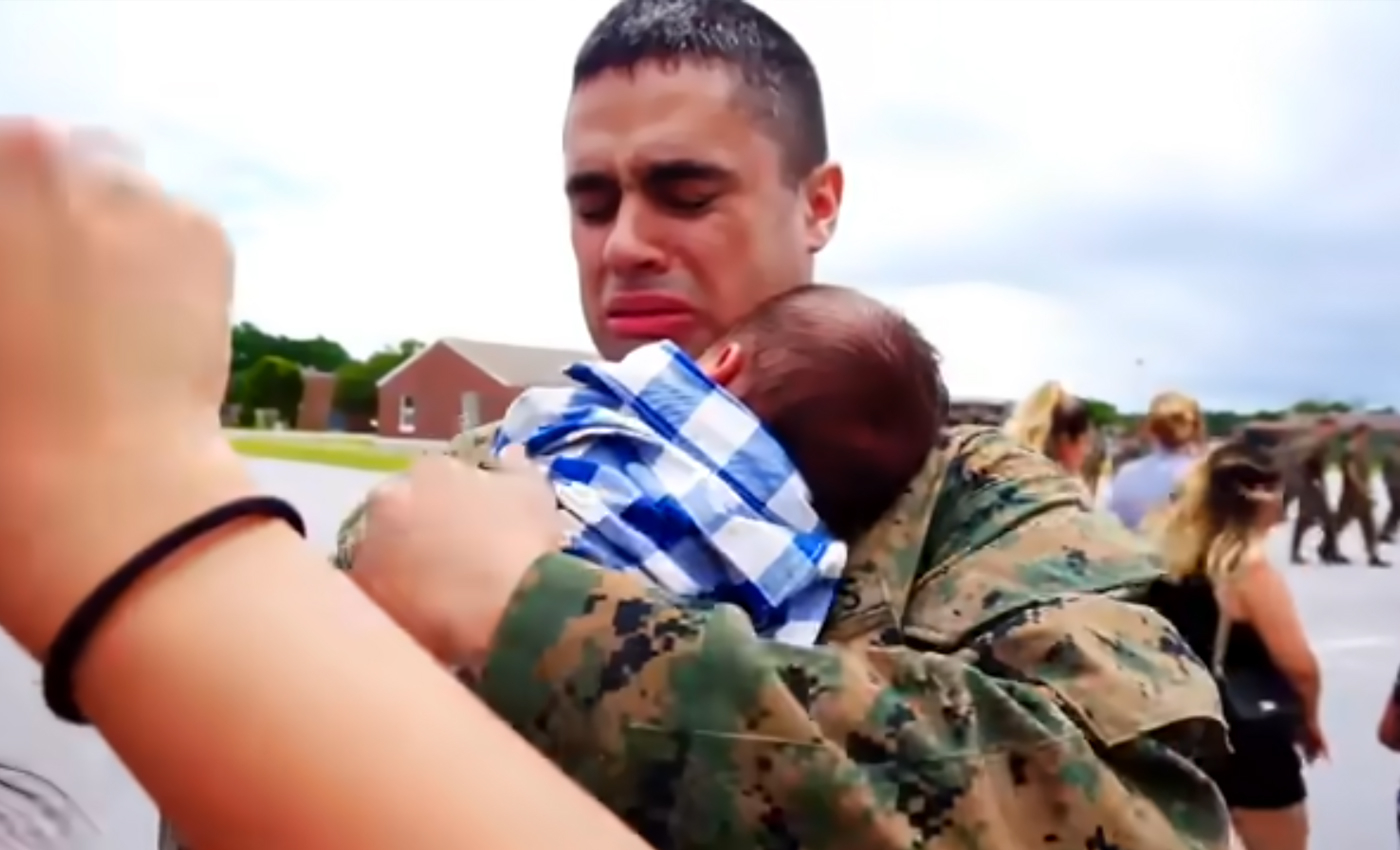 A 2018 video of a U.S. marine meeting his family has been shared with a false narrative saying a Ukrainian soldier is bidding farewell to his family.

Since Russia invaded Ukraine, social media has been awash with miscaptioned images and videos. One such post, which included a video, purportedly showed a Ukrainian soldier bidding farewell to his family before a battle. The caption read: "Ukraine soldiers going to war emotional." However, this is an old video from 2018 with no connection to Ukraine.

After doing various reverse image searches, we determined that this video is from 2018. Francis Crespo's YouTube channel uploaded the same video titled "Marine meets his son for the first time" on August 12, 2018. Detailed analysis showed that the individual's uniform in the video shows a "U.S. Marines" emblem on his left chest.

Further investigation revealed that the video was that of a U.S. marine reuniting with his family upon his return from deployment. In October 2018, Ellen DeGeneres, an American comedian and television host, invited the U.S. Marine on her show. The U.S. marine in the video was Corporal Brandon Crespo. While Brandon was in the service, his son Noah was born in 2018. Francis Crespo, Brandon's wife, recorded the father and son's first meeting when he returned from deployment and uploaded it on her YouTube channel.