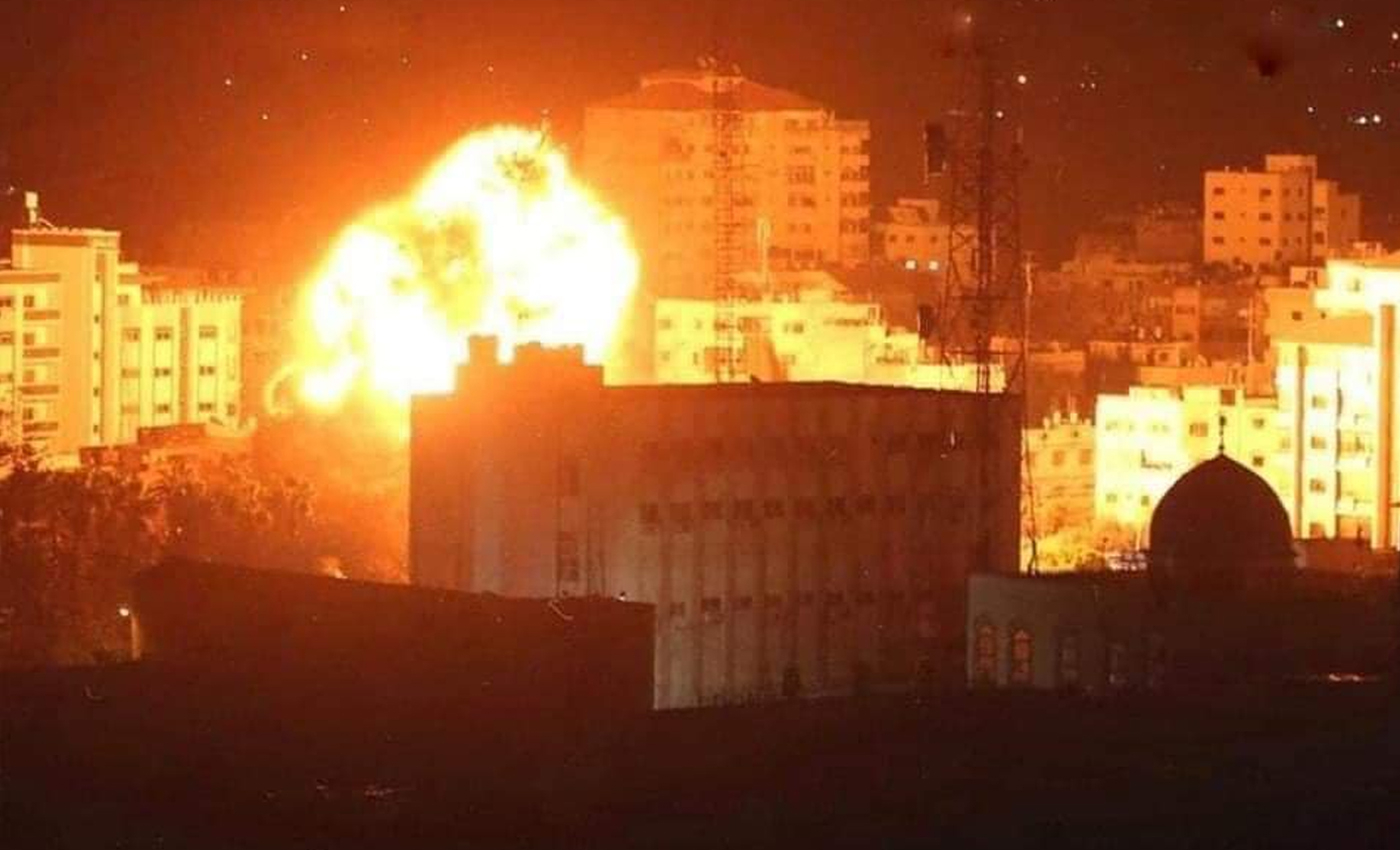 The image was taken in Gaza during an Israeli airstrike in March 2019, not during Ramadan in 2022.

Images and videos showing an explosion of buildings in a city taken at night are circulating on social media. A post on Facebook claims that the footage was from an attack in Gaza, a Palestinian enclave, during Ramadan in 2022. Other posts have also incorrectly associated these images with Russia's invasion of Ukraine. However, the photos and videos were taken in Gaza in March 2019, not in 2022.

Through a reverse image search, we found many photographs of the attack from different angles. One such photo attributed to the post was taken by Reuters photographer Mohammed Ajour, with the caption, "Flame and smoke are seen during an Israeli airstrike in Gaza City on March 25, 2019." Agence France-Presse (AFP) photographer Mahmud Hams took another image with the caption: "Fire and smoke billow above buildings in Gaza City during reported Israeli strikes on March 25, 2019. Israel's military launched strikes on Hamas targets in the Gaza Strip today, the army and witnesses said, hours after a rocket from the Palestinian enclave hit a house and wounded seven Israelis."

On April 15, 2022, Israeli police stormed the Al Aqsa Mosque in Jerusalem, clashing with Palestinian protestors. After the incident, images and videos went viral, but the image in question, along with other corresponding pieces of visual media, are not related. They appear almost exactly the same as they depict explosions of buildings in a city at night, but as we have shown, they are from 2019, not 2022. Hence we mark this claim as false.