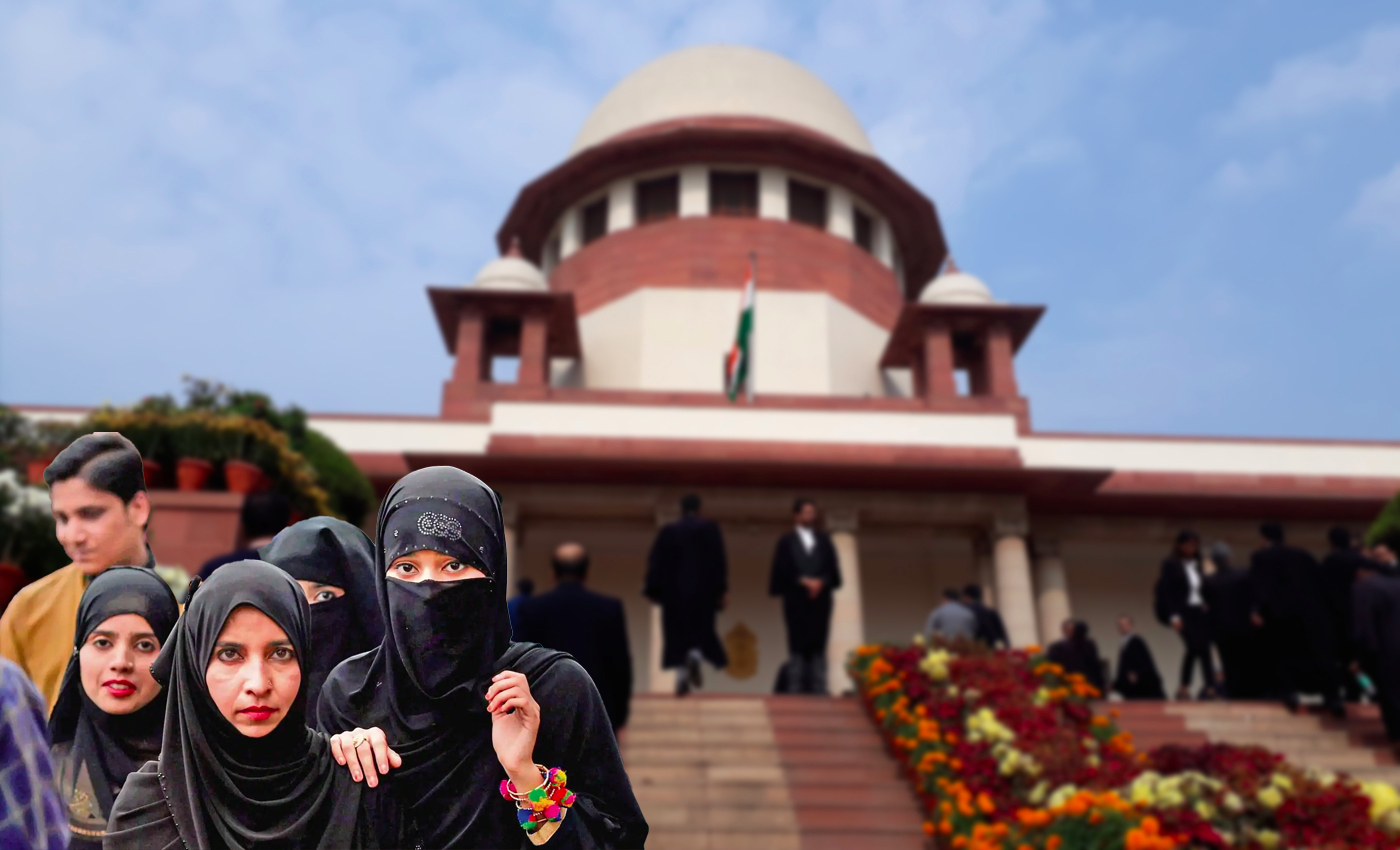 The SC did not say the hijab is not allowed. It delivered a split verdict in the case challenging the Karnataka HC's order upholding the hijab ban.

A claim is doing the rounds on social media that the Supreme Court of India has delivered a verdict in the case challenging the Karnataka High Court's order upholding the state government's order banning the hijab in educational institutions. According to the message going viral on Twitter, the verdict passed by the apex court is that the hijab is not allowed in the state's educational institutions.

However, it is not true that the Supreme Court delivered such a verdict. According to a report by LiveLaw, the bench of Justices Hemant Gupta and Sudhanshu Dhulia, who heard the batch of petitions challenging the Karnataka hijab ban, delivered a split verdict on October 13. They had earlier reserved the judgment on September 22 after hearing the pleas for 10 days.

Justice Gupta dismissed the 26 petitions against the judgment passed by the Karnataka High Court in the case in March 2022 and upheld the ban on wearing hijab in educational institutes. He framed 11 questions in his judgment and also stated that "secularism is applicable to all citizens" and "permitting one religious community to wear their religious symbols would be antithesis to secularism."

Justice Dhulia, however, expressed a divergence in his opinion, allowing the appeals and setting aside the high court's judgment. He also held that the concept of essential religious practice, which the high court had gone into, was not essential to the case. He stated that wearing the hijab is a matter of choice, nothing more and nothing less" and added that his foremost concern was the education of the girl child.

In light of this divergence of opinion, the case will be placed before the Chief Justice of India for "appropriate directions", who is expected to refer it to a larger constitutional bench, according to a report by The Quint.

According to a report by The Quint, Karnataka Minister for School Education and Literacy BC Nagesh said on October 13 that the ban on wearing hijab would continue until a final verdict comes from the Supreme Court. He added that this is because the high court's order remains applicable in the interim.

Therefore, the claim that the Supreme Court has delivered a verdict upholding the hijab ban is clearly incorrect and misleading because the apex court is actually undecided on the matter. The hijab ban will continue in Karnataka's educational institutions for the time being, but this is merely an interim solution as the Supreme Court's final verdict is awaited. The court has not disallowed wearing hijab in educational institutions.

The hijab row began in December 2021, when six women students in Karnataka's Udupi were denied entry to their Government Pre-University College because they were clad in hijab. They were asked to abide by the college's uniform dress code. Protests erupted over this restriction, even as more private institutions began laying down subsequent hijab bans. Shortly after, on February 5, the Karnataka government issued an order regarding uniforms in educational institutions, which was seen as validating the ban and subsequently challenged in the state high court. The High Court delivered its verdict on March 15, dismissing the pleas by the girls seeking their right to wear hijab in educational institutions. The high court's order was then challenged in the Supreme Court.

The Supreme Court has not delivered a verdict upholding the hijab ban and restricting women from wearing the hijab in educational institutions in Karnataka. It has delivered a split verdict, in light of which the matter will be referred to the Chief Justice of India for further directions. As the matter remains undecided for now and awaits a final verdict, the hijab ban, upheld by the Karnataka HC, will continue in the state's educational institutions as an interim measure. This interim measure is being used to support the false claim that the apex court passed a verdict disallowing wearing the hijab. Therefore, we have marked this claim misleading.