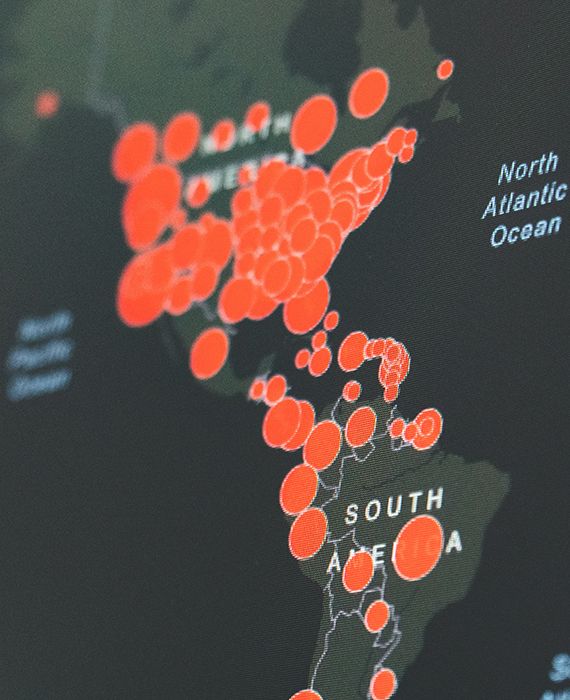 The viral video of the body bags of those who have died due to COVID-19 is from Ecuador and not from New York City.

A video has been circulating on social media with a caption that it showed the situation at a New York hospital where the COVID-19 dead bodies in body bags can be seen lying on the floor.

Search results based on a keyframe of the video showed that one of the body bags was named 'Zambrano Loor Gilbert'. On searching further with the name, we found an article about the same video by Maldita.es, a Spanish fact-checking website that had debunked the same claim when it was earlier shared as being from Madrid. According to Maldita.es, the video was recorded at a hospital in Guayaquil, Ecuador because they were able to match the name 'Zambrano Loor Gilbert' with a condolence letter issued by the Association of Real Estate Brokers of Guayas (ACBIR) after his death in March 2020.

'Hospital General del Norte de Guayaquil IESS Los Ceibos' in Ecuador has issued an official statement confirming that it is the hospital shown in the viral video. It has also confirmed that Ecuador has the third-highest in COVID-19 confirmed cases in South America. Guayaquil, the city in which the hospital is based, has emerged as a regional hotspot for the virus. It also added that the corpses of the patients contaminated with COVID-19 stay in the hospital morgue for at least 24 hours.

Therefore, the video showing body bags of those who died due to COVID-19, lying on the floor of the hospital in Ecuador has been falsely shared as being from New York.

An 88-year-old man collapsed and died several hours after being vaccinated in Israel.