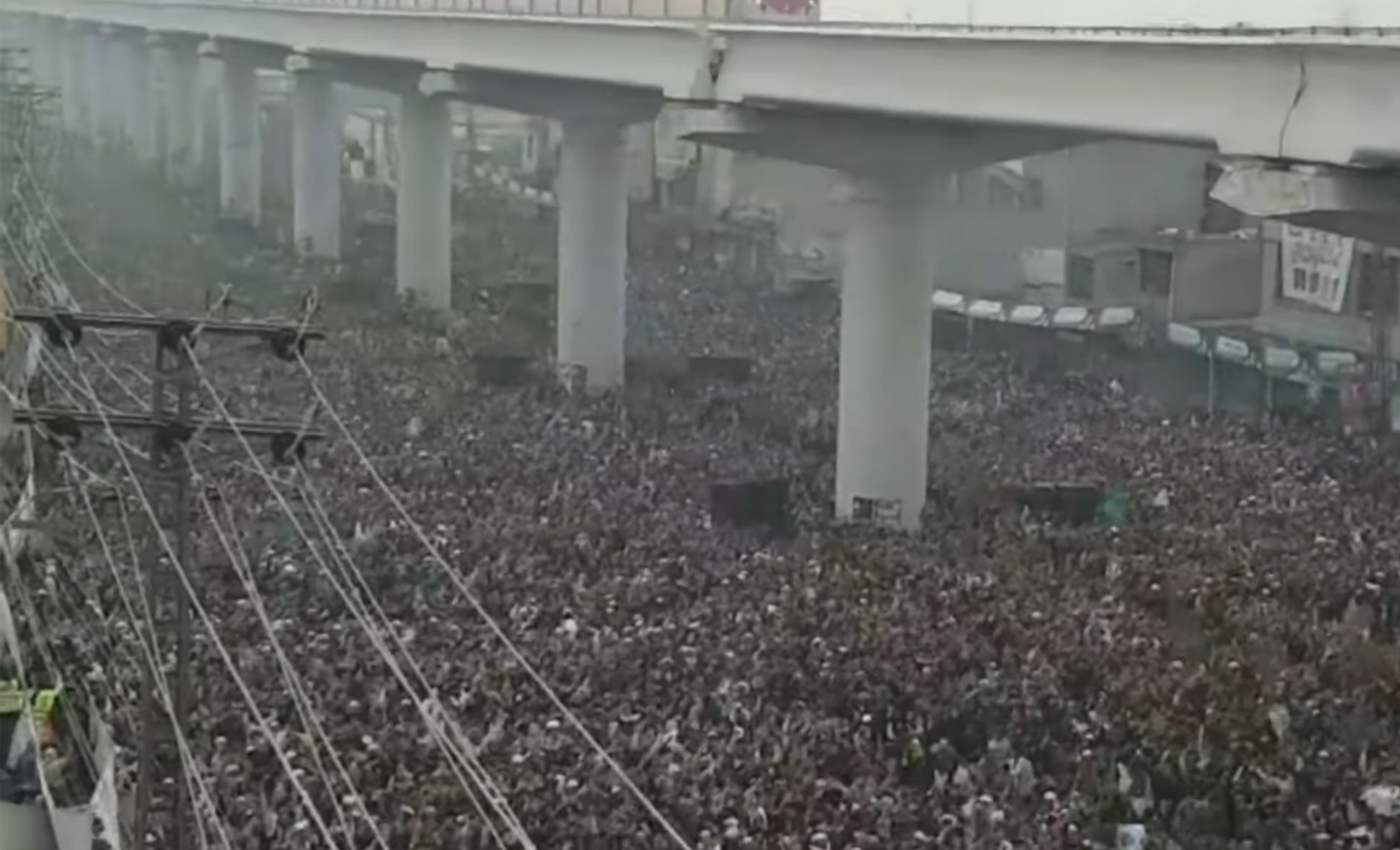 A video showing a 2021 ceremony commemorating TLP leader Khadim Hussain Rizvi in Pakistan has been misattributed as a protest in India.

Nupur Sharma, the now-former national spokesperson for the Bharatiya Janata Party (BJP), recently made inflammatory remarks about the Prophet Mohammad during a discussion on a news channel. Her comments drew massive criticism and outrage across India, but also in countries such as Oman, Qatar, Pakistan, and Saudi Arabia. Since the incident, social media posts have been circulated with misleading videos and images. Twitter handle @Humaira922 posted one such video with the title "Mass demonstrations of our brothers in India defending Rasulullah S AW The Muslim Ummah, if they unite they will form a great nation, but the tyrants for centuries have been trying to divide and divert the attention of the Muslim Ummah."

The video showing a 2021 ceremony commemorating TLP leader Khadim Hussain Rizvi in Pakistan has been misattributed as an India-based protest against Nupur Sharma's remarks. Thus, we have marked this claim as false.