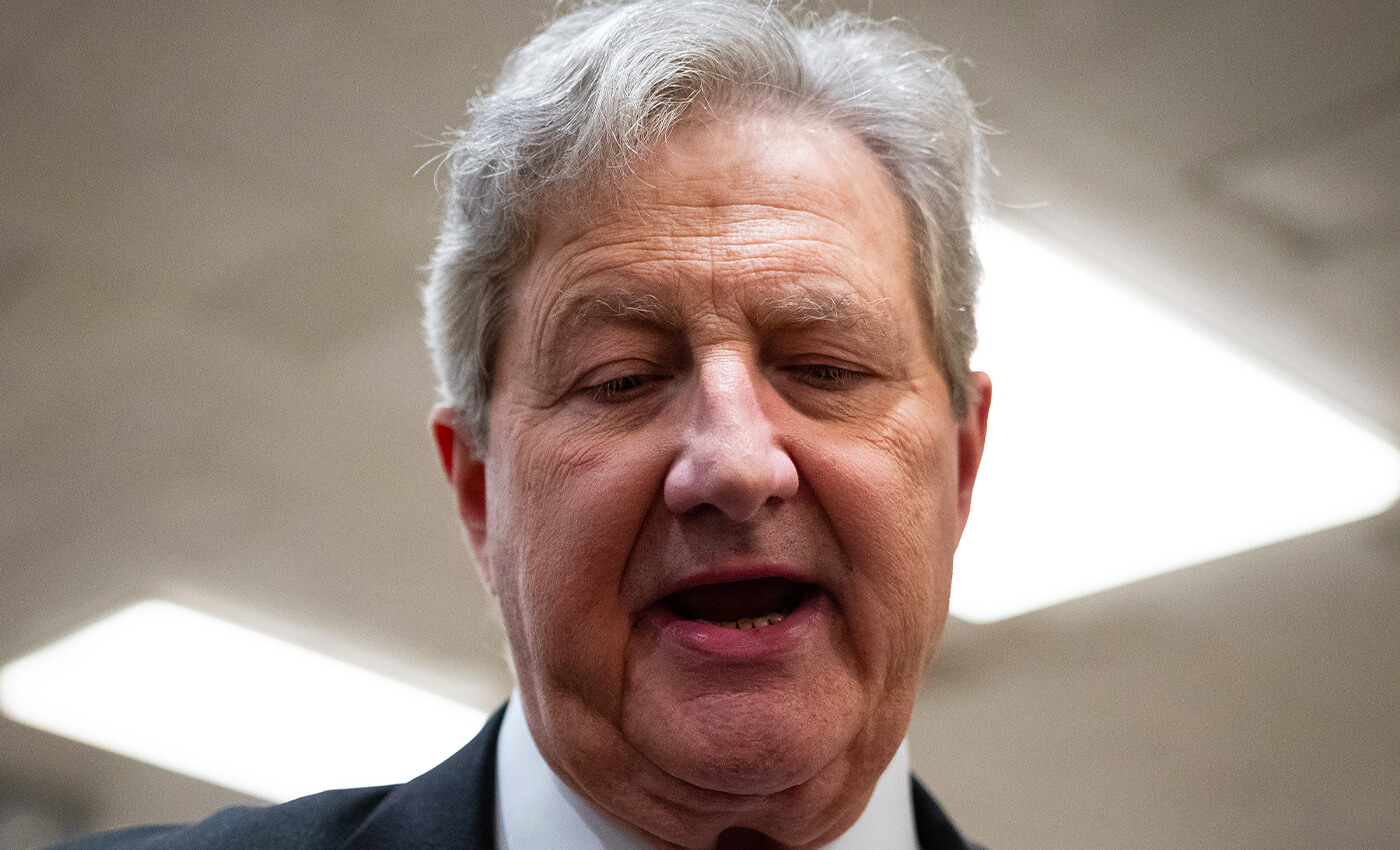 Sen. John Kennedy did not release any classified documents or accuse FBI Director Christopher Wray of having a deal with Hunter Biden.

On October 10, 2022, a Facebook post shared a video of Sen. John Kennedy (R-La.) claiming he was releasing secret documents and accusing the Federal Bureau of Investigation (FBI) director of corruption involving President Joe Biden's son, Hunter Biden. The video caption reads, "You Had A Deal With Hunter!' - Sen John Kennedy RELEASES classified Documents EXPOSING FBI Chief." The video was viewed nearly 1,200 times. Though the video is of Kennedy speaking at Senate Judiciary Committee hearing, the claims in the caption are false.

The video in the post is from August 4, 2022, during a hearing on FBI oversight. In the video, the Republican senator from Louisiana questions FBI Director Christopher Wray about allegations surrounding Timothy Thibault, the former assistant special agent in charge at the FBI's Washington, D.C. Field Office. Kennedy mentions Hunter Biden only to ask if Thibault had been involved in the FBI investigation of the president's son.

Thus, Kennedy briefly mentions Hunter Biden and does not present classified documents, nor does he say, "you had a deal with Hunter". Also, no such incident was addressed in a press release by Kennedy or the FBI websites.

On August 31, 2022, CNN reported Thibault had come under fire by Sen. Chuck Grassley (R-Iowa), the ranking member on the Senate Judiciary Committee, who accused him of partisanship and questioned his role in investigations regarding Hunter Biden. Thibault voluntarily retired from the FBI on August 26, 2022, according to a statement from Morrison & Foerster, the law firm representing him.

On October 7, BBC News reported that the federal agency's investigation of Hunter Biden is related to an alleged gun purchase and tax offenses. Also, the federal agents believe there is enough evidence to charge Hunter Biden, but the Delaware U.S. attorney will make that decision.

Kennedy only mentions Hunter Biden in passing and does not say, "you had a deal with Hunter". There is no evidence the senator released classified documents or of him accusing Wray. Hence, we have marked this claim as false.

U.S. Senate Committee on the Judiciary