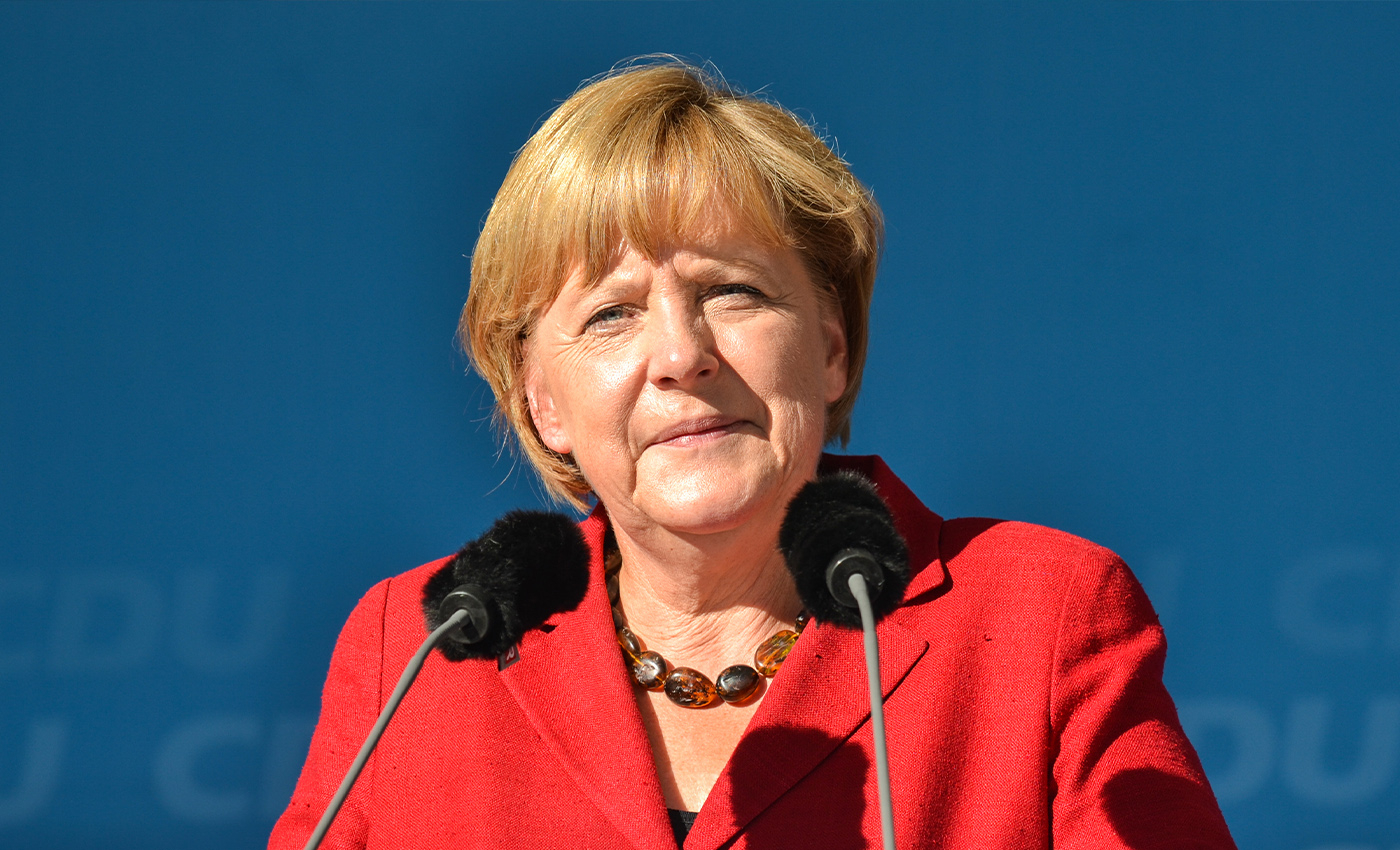 The former German Chancellor suffered from dehydration in 2019, which gave her tremors or muscle jerks. She does not have Kuru.

A video has been shared online which shows former German chancellor Angela Merkel trembling during the national anthem as she stands next to Ukrainian President Volodymyr Zelenskyy during a welcoming ceremony. Social media posts claim that Angela Merkel suffers from Kuru, a rare disease caused by cannibalism. However, the claim is false.

NBC News reported on June 18, 2019, that Angela Merkel was seen visibly shaking outside the German Chancellery. On a very sunny and hot day, with temperatures of 82 degrees Fahrenheit, a military band playing national anthems welcomed the new Ukrainian leader Volodymyr Zelenskyy in Berlin. According to a video uploaded to YouTube by Guardian News on the same date, when reporters asked about Merkel's condition at a press conference, she replied, "Since then, I've drunk at least three glasses of water, which I apparently needed, and now I’m doing very well."

On July 10, 2019, BBC News reported that this was not the first time Angela Merkel had suffered from tremors. After the incident with Zelenskyy, she experienced tremors at the new Justice Minister's appointment nine days later. On the same day, Merkel was seen trembling and shaking back and forth alongside Finland Prime Minister Antti Rinne during a ceremony in Berlin. However, after the incident, she said she was "very well," and there was "no need to worry."

According to an article published by Medical News Today on March 23, 2021, several medical conditions can make people feel weak, shaky, and tired, such as dehydration. Dehydration occurs when a person loses more fluids than they take in. Symptoms also include nausea, vomiting, fever, loss of appetite, and profuse sweating.

According to Medline Plus, Kuru is a rare disease found among people from New Guinea, who practice a form of cannibalism in which they eat the brains of dead people as part of a funeral ritual. Kuru and dehydration share the common symptom of tremors or muscle jerks. The allegation that Merkel might have contracted a disease via cannibalism is unsubstantiated.

Medical experts have countered speculation about the shaking, saying there are multiple potential causes of tremors. There are no recent reports of Merkel experiencing any other symptoms associated with Kuru, such as coordination issues. Associating her with Kuru seems to be a recent rumor with no credible evidence. The rare disease has only ever been found in the southwestern pacific country of Papa New Guinea. Therefore, we mark this claim as false.

Coronavirus always comes from a bat.