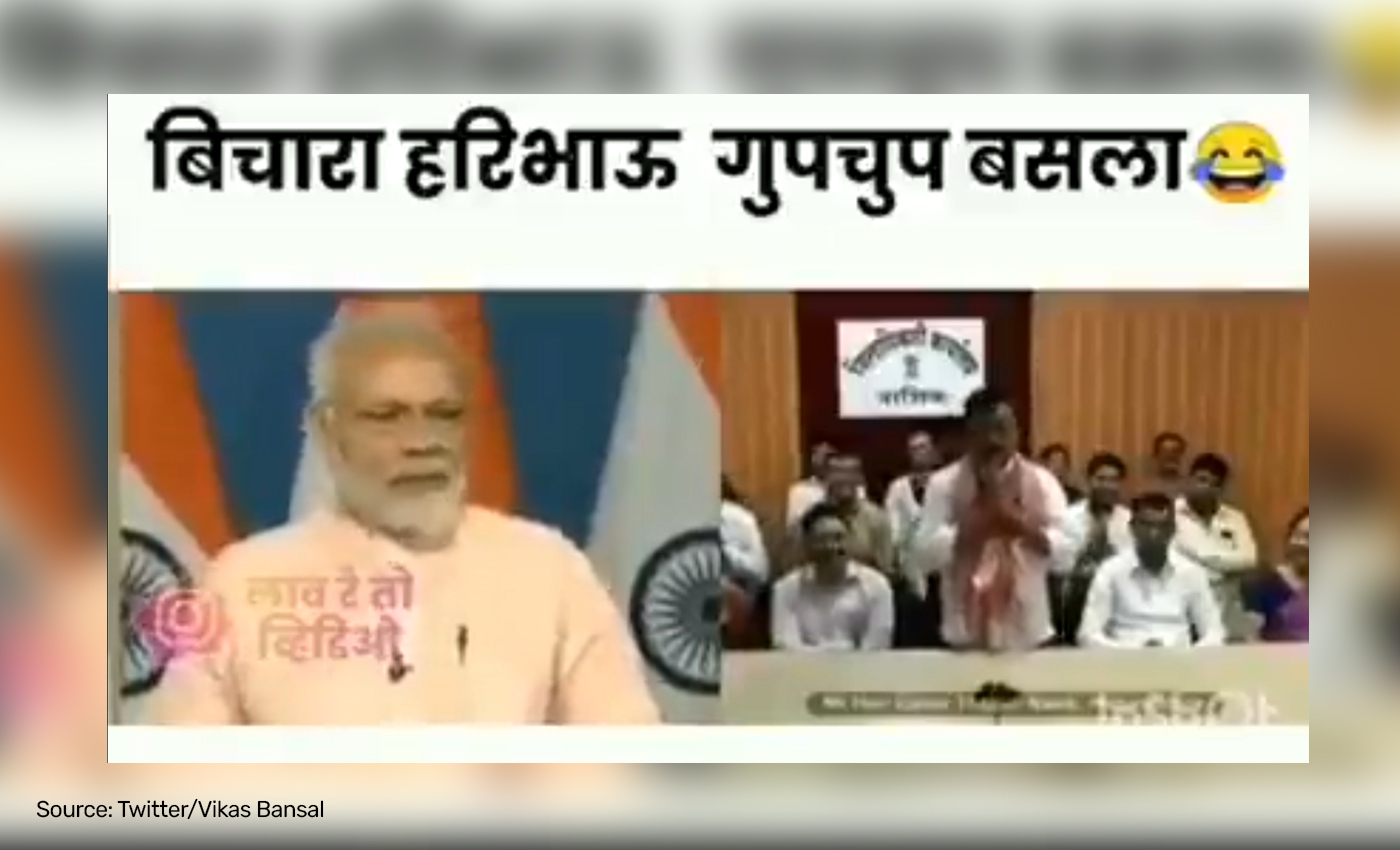 An edited video of PM Modi interacting with Mudra loan beneficiaries in 2018 has been used to claim that he avoided a question on petrol prices.

A video of Prime Minister Narendra Modi interacting with a group of people has resurfaced on social media. Vikas Bansal, state co-ordinator (social media) of the Haryana Congress Seva Dal, tweeted the video with a caption indicating that Modi ignored Hari Bhau, a person in the group, who asked a question about petrol price hikes. The video has garnered over 22,400 views. The Financial Express reported on September 22, 2022, that petrol and diesel prices had remained steady for over three months. Each state's petrol and diesel prices vary depending upon several factors, such as local taxes, Value Added Tax (VAT), freight charges, and other charges. However, the claim is false. The viral video is an edited extract from a 2018 video and is unrelated to the current petrol price.

Through a reverse image search on one of the keyframes of the video, we found the original video on Bharatiya Janata Party's YouTube channel. It is titled "PM Shri Narendra Modi interacts with beneficiaries of Mudra Yojana across the country" and was uploaded on May 29, 2018. The edited clip can be observed in the complete video at around 19 minutes 30 seconds. In the video, Prime Minister Narendra Modi interacts with the Mudra Yojana beneficiaries.

In the complete video, Modi addresses Hari Bhau, a person from Nashik, to find out how this scheme has helped and how many people he has employed. Modi calls on him in Marathi, and the man stands up. Immediately, Modi asks him to sit down and continue the talk. Hari Bhau does not say anything before sitting down. The edited clip includes audio that sounds like he begins to ask about petrol prices and is suddenly asked to sit down. Bhau subsequently told ABP Majha that he never thought he would get to speak with PM Modi. He added that Modi spoke with him in Hindi when he told him he could not speak Marathi. He was happy that he got the Mudra loan within two days of the interaction.

On April 8, 2015, Modi launched the Pradhan Mantri Mudra Yojana (PMMY), which provides loans up to ₹10 lakh to non-corporate, non-agricultural small and micro enterprises. These loans are known as MUDRA (Micro Units Development & Refinance Agency) loans under PMMY. DD News reported that PM Modi lauded Mudra Yojna by saying that it opens up new opportunities for the youth, women, and those interested in starting or widening their businesses. This scheme gives a ₹6 lakh crore loan to 12 crore families.

The video in question is an edited clip from a 2018 video, and the person who spoke with Modi did not question him about petrol prices. Therefore, we have marked this claim as false.

A video shows British people shouting 'shame on you' outside the BBC offices in London for its documentary on Prime Minister Narendra Modi.