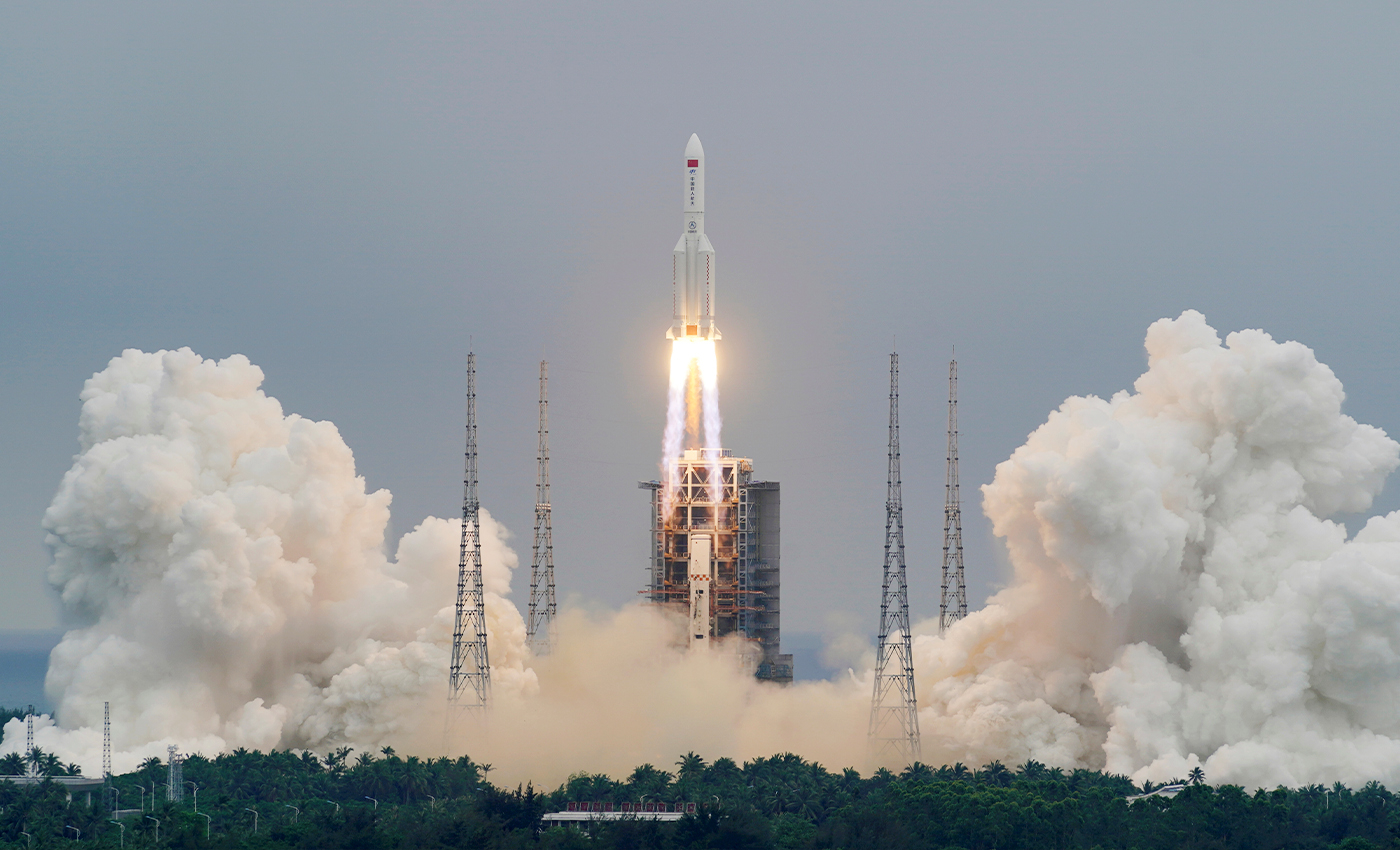 The video clip of SpaceX's Starship prototype exploding has been falsely shared as the Long March 5B crashlanding.

China's rocket Long March 5B re-entered the earth's atmosphere and crash-landed into the Indian Ocean near the Maldives on May 9, 2021. No injuries were reported, and NASA criticized China as the debris was allowed to fall back uncontrolled.

Since then, a viral clip has circulated with the caption "China rocket landed in earth to Indian Ocean". We can see in the video people watching and reacting to the rocket exploding on impact in broad daylight. However, the visuals seen in the viral video are not of the Chinese rocket but SpaceX's failed attempt to launch its next-generation Starship rocket.

We found that one of the keyframes of the viral video is taken from SpaceX's rocket launch on February 2, 2021. The launch was successful but exploded on impact during an attempted landing.

Moreover, the rocket debris fell into the Indian ocean and not in a populated area, as seen in the video. The visuals of the falling Chinese spacecraft seen in the video clip telecast by some channels do not match up to the viral clip.

Based on the above, we mark the claim as false.