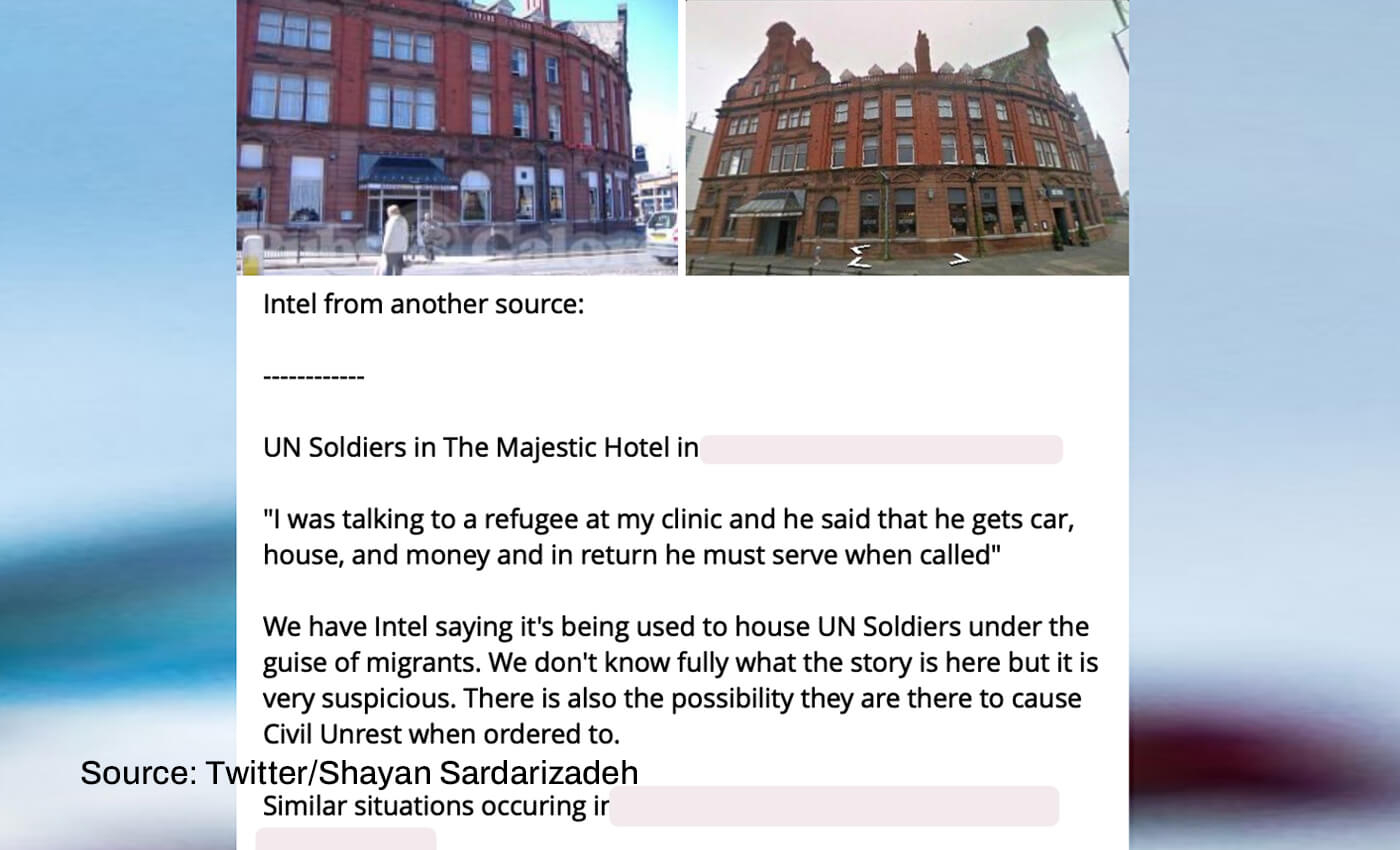 There is no evidence that foreign soldiers are being covertly housed in British hotels.

Since the summer of 2022, claims have been circulating across social media platforms about asylum seekers housed in British hotels. These claims posit that, rather than being migrants, those housed in hotels are foreign soldiers. In a video shared on TikTok and Twitter, one user states that millions of pounds have been spent to house troops he alternately describes as being from NATO and the United Nations.

Proponents of this claim state that the presence of foreign soldiers in British hotels is part of an effort by the state to prepare for civil unrest. This line of thinking is based on the proposition that the British armed forces would likely refuse to side with the state against the wider public.

The presence of asylum seekers in U.K. hotels is well documented. While it was rare for migrants to be housed this way, the practice became widespread during the COVID-19 pandemic. At this time, a lack of suitable accommodation and safety concerns around existing facilities led authorities to the decision to house people in hotels. A House of Commons briefing paper summarises the arrangement in the following way:

A report produced by the Refugee Council states that 26,380 asylum seekers were still residing in hotel accommodation at the end of 2021. The practice remains widespread to this day.

There is no evidence that either all or a portion of those housed in hotels by the state are covert foreign soldiers. Proponents of this theory argue that the demographics of such people support their view. However, in the absence of evidence, the presence of young men does not support the conclusion that hotels secretly house soldiers.

According to the Asylum Information Database, around 80 percent of asylum applicants in 2021 were male, making it unsurprising that this group comprises the bulk of those housed in hotels. Research from the University of Oxford's Migrant Observatory shows that 73 percent of male asylum seekers between 18 and 29 were successfully granted asylum or other permission to remain in the same year. This statistic refutes the proposition that an overwhelming number are in the country under false pretences.

There is no evidence that migrants housed in U.K. hotels are covert foreign soldiers. This claim has therefore been rated as false.