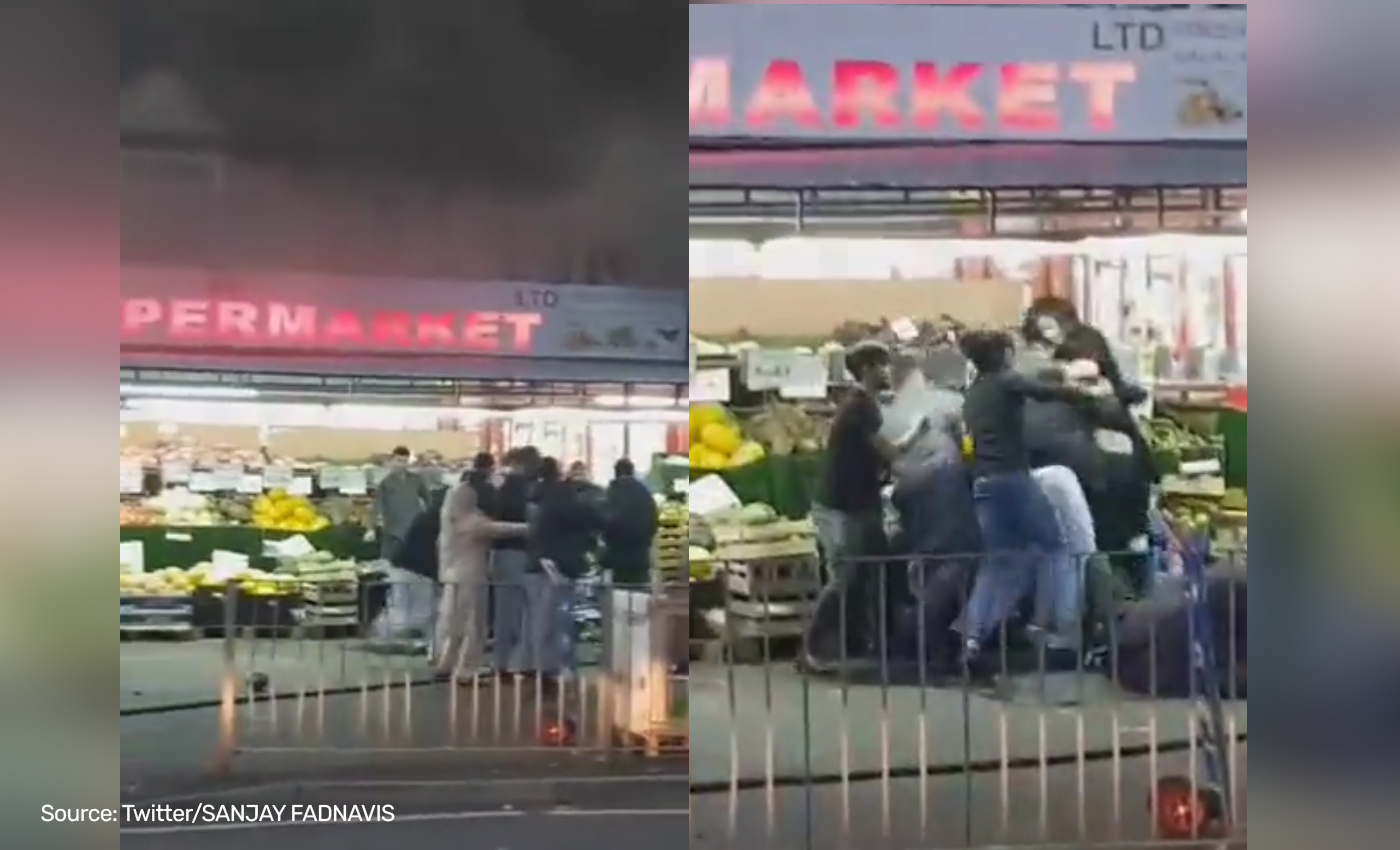 West Midlands Police clarified that the fire did not break out at a temple but at a supermarket in Birmingham. The fight was over an unrelated matter.

A minute-long clip showing a group of people fighting outside a supermarket as a fire rages behind and a fire truck parked in front has gone viral on multiple social media platforms. The video was shared with the claim that it showed a burning Hindu temple in Birmingham, U.K. The post stated that Muslims had started the fire and could be seen beating Hindus as police attempted to break up the fight. The police were ineffective in "saving Hindus," the message further claims.

The building in the video shows a signboard with the word 'supermarket' and, beside it, a shop called 'SM Vapes.' On searching for SM Vapes, we located a vaporizer store in Birmingham. A Google street view image of the store also showed both the shop and the supermarket, as seen in the viral video. A clearer view of the board made it possible to identify as 'Zeenat Supermarket.'

According to the BBC, a large fire broke out at the Zeenat supermarket in Alum Rock Road, Saltley, on the evening of September 19, 2022, requiring 12 fire engines, 80 firefighters, and five smaller brigade response vehicles of the West Midlands Fire Service also attended. The fire reportedly took two and a half hours to get under control, and roads remained closed the following day as fire engines continued the work.

The Twitter handle of the West Midlands Fire Service shows a tweet from September 20 stating that investigators were satisfied that the fire had begun accidentally when the burning of rubbish outdoors spread to the shop building. A report on the incident also stated that the incident is now closed. Several images of the fire were also posted, clearly showing that the incident took place at a supermarket.

A report by Birmingham Mail carried the video and descriptions of the fight outside the supermarket. The report also carried a statement from West Midlands Police, stating they were investigating the fight outside the supermarket. "The investigation is in the early stages, but we believe the fight was started due to a cordon in place at the scene. No-one was seriously injured," the police added.

We then checked the Twitter handle of the West Midlands Police and found that on October 4, they had replied to a now-deleted tweet about the same video. In their response, the police called the tweet's content false and stated that the video showed a fire at a supermarket in Birmingham on September 19, adding that it was accidentally caused by a rubbish fire spread to the shop building. Replying to another person who asked about the visuals of the fight, the police further said: "We believe the fight was connected to an issue with the parking of some cars and that it was an isolated incident."

In addition, the 2022 Hindu festival of Navratri was between September 26 and October 5.

A video of a fire at a supermarket in Birmingham and a fight ensuing between people over an unrelated matter is being shared with a communal spin. The fire did not break out at a Hindu temple but at a supermarket in Birmingham. Muslims did not set the fire, it was accidental, and the fight was over parking issues unrelated to the fire. Further, none of this happened during Navratri. We have therefore marked this claim false.