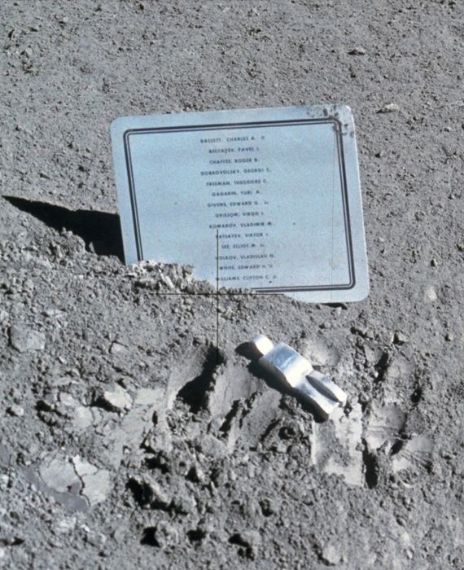 An aluminum sculpture called Fallen Astronaut had been placed on the moon surface, memorializing the astronauts who died during the space-age race.

On August 2, 1971, Commander David Scott of Apollo 15 placed a three and half inch tall aluminum sculpture which was called Fallen Astronaut with a little plaque bearing the names of 14 NASA astronauts and cosmonauts on the lunar surface during his lunar surface extravehicular activity. It is the first (and only) art installation at the Hadley-Apennine landing site. Scott regarded the moment as a tribute to the U.S. astronauts and USSR cosmonauts who had given their lives in before the Appollo 15 mission. The sculpture was designed by Paul van Hoeydonck, a Belgian artist whose work at that time was represented at the Waddell Gallery in New York.

The Kumbh Mela was held in 2021 instead of 2022 due to astrological rationale.