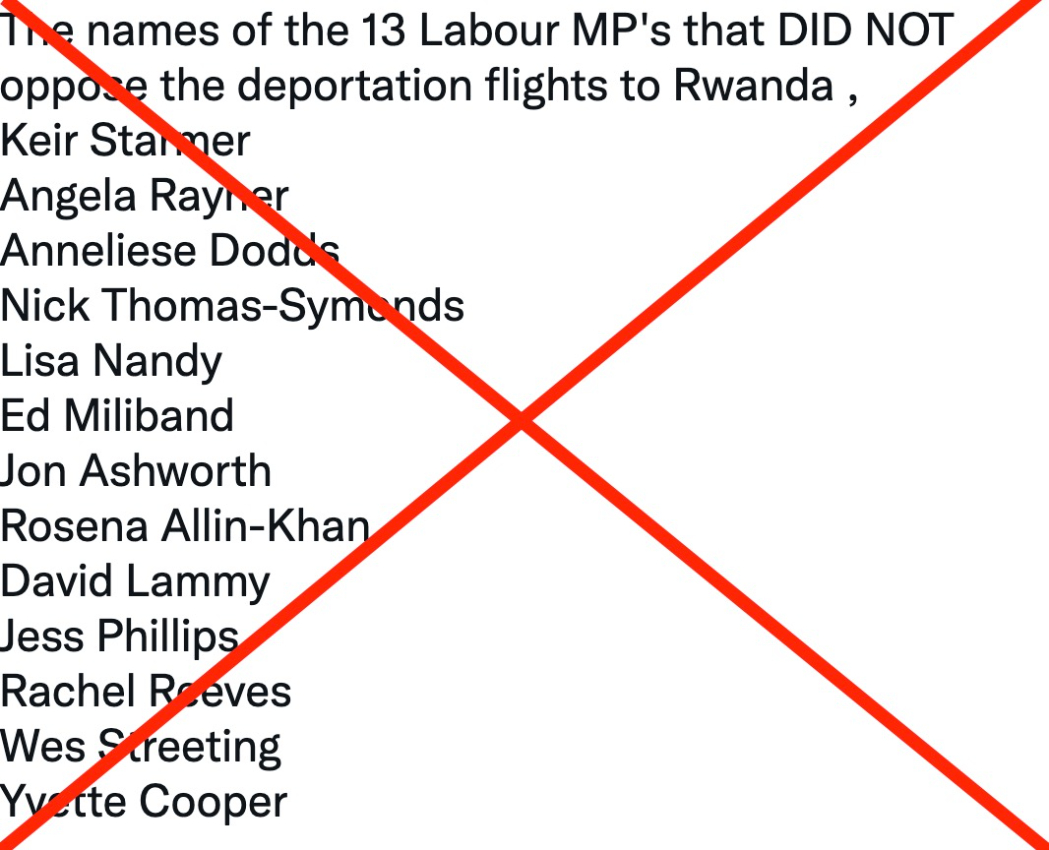 There was no parliament vote on the Rwanda deal. Many of the MPs mentioned have spoken out against the policy.

An image on Twitter claiming to show a list of "13 Labour MPs who did not oppose the deportation flights to Rwanda" has been retweeted over 1000 times. However, the tweet is entirely fabricated. In April, Tory MPs rejected bids to allow parliament to vote on the Rwanda deal by 303 votes to 234. The Rwanda deal aims to take asylum seekers in the U.K and settle them in Rwanda. The first flight was due to take off on Tuesday evening (14 May) but was stopped after a last-minute intervention from the Equality and Human Rights Commission (EHRC).

Not only did no such vote take place, but several of the MPs mentioned in the tweet have also been vocal in their opposition to the Rwanda deal. Labour leader Keir Starmer and shadow home secretary Yvette Cooper called the deal "unworkable, unethical, and extortionate." Shadow state secretary David Lammy accused the government of "pulling Britain backward" on human rights in response to the bill. Some journalists and social media users have said that a Labour spokesperson said that Labour refused to commit to scrapping the law, despite criticizing it. These reports could not be confirmed.

No vote on the Rwanda deal or the associated deportation flights took place. Many of the MPs mentioned have been vocal in their opposition to the bill.