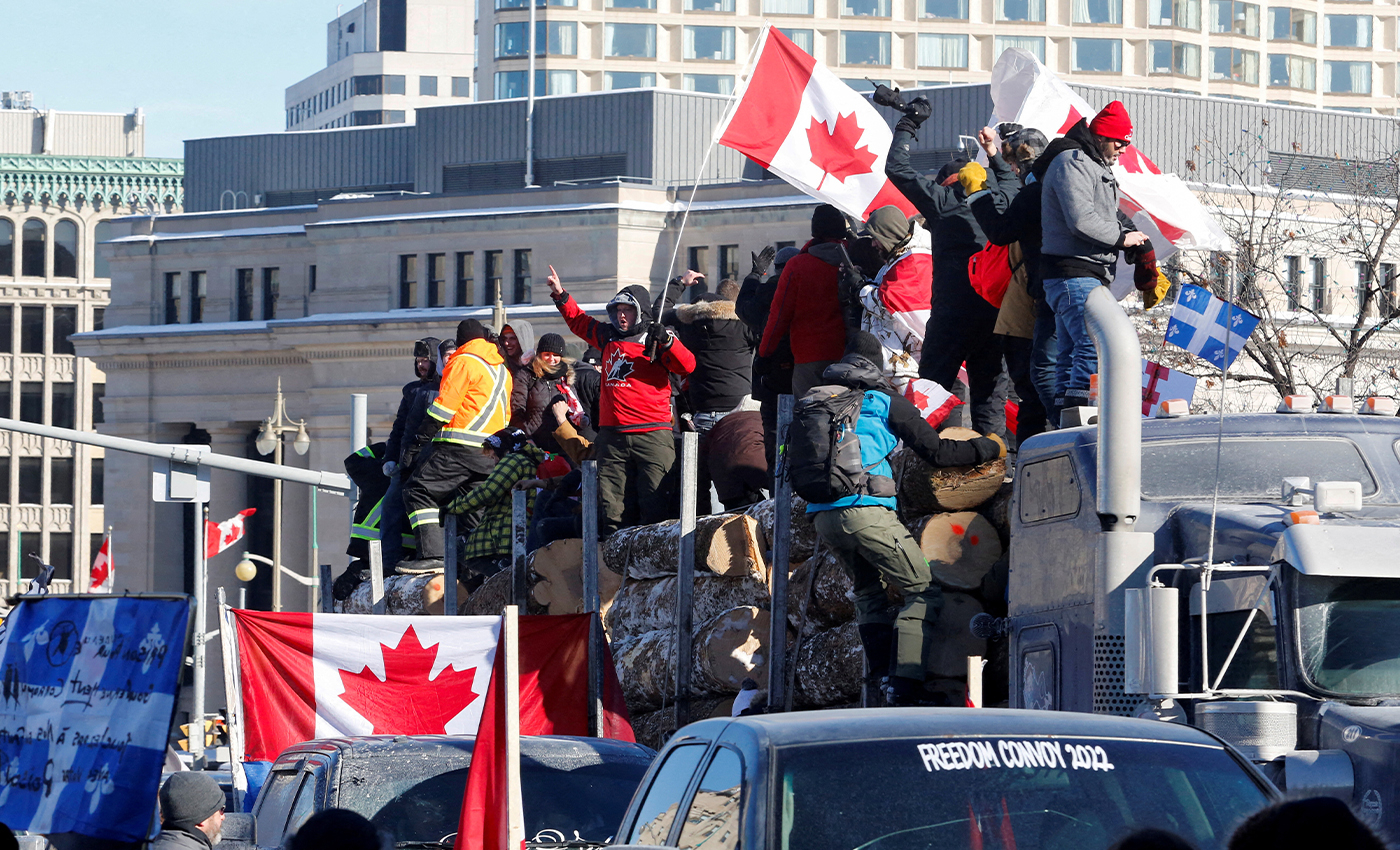 Authorities have denied blocking the bank accounts of individual donors. This accusation against the Canadian government has been misrepresented.

A conservative Canadian MP, Mark Strahl, recently posted on Twitter that the bank account of a single mom was frozen for donating to the so-called Freedom Convoy protests, despite not directly participating in the protests. He also stated he didn't want to reveal the person's name but that he had personally seen the donation receipt.

The accusations made by the MP were widely shared on social media. One such post, shared on Instagram, claimed that freezing bank accounts is part of the "Great Reset." The post further contended that this was part of a "social credit system." However, these claims are misrepresented. The Great Reset conspiracy theory has been debunked several times.

The so-called Freedom Convoy — or Truckers Convoy — began in late January, when truckers in Canada protested against COVID-19 vaccine mandates and other COVID-19-related restrictions.

The Canadian government has pushed back on the protests; there has been a heavy police presence in the Canadian capital, Ottawa, as truckers have refused to withdraw from the protests.

In response to the protests, Prime Minister Justin Trudeau invoked the Emergencies Act, a federal law that can be enacted in case of national emergencies. Trudeau then announced that the bank accounts of all those involved in the protests would be frozen using special powers from the Act.

CTV News then reported that Canada's public safety minister, Marco Mendicino, announced that at least 76 bank accounts, containing approximately $3.2 million between them, had been frozen under the powers of the Act. The minister further stated that these moves indicated how the Emergencies Act was invoked to bring about a peaceful conclusion to the illegal blockades.

When the accusation of individual donors' bank accounts being frozen was brought to Trudeau's attention, he commented that the measures his government had put in place were intended to ensure that the people directly involved left the protests. He also noted that any specific cases of individual donor accounts being frozen, as pointed out by Conservative MPs, would be looked into and resolved.

The Royal Canadian Mounted Police explained, "the list that was provided to financial institutions included identities of individuals who were influencers in the illegal protest in Ottawa, and owners and/or drivers of vehicles who did not want to leave the area impacted by the protest." The statement added, "At no point did we provide a list of donors to financial institutions."

The Royal Canadian Mounted Police also noted that it was working with banks to build a process to address the frozen accounts. Deputy Prime Minister Chrystia Freeland also quoted the police statement in a press conference with Trudeau on February 21, 2022.

These responses by the prime minister and RCMP state that the government did not direct banks to block accounts of individual donors to the "Freedom Convoy." Thus, it would be wrong to say that the government targeted individuals for providing financial assistance to the protesters. These incidents are also in no way related to the Great Reset conspiracy theory.

According to the latest developments, as the protesters started to disperse from Ottawa, authorities were moving to unfreeze the bank accounts associated with the protesters. The New York Times quotes Isabelle Jacques, an assistant deputy minister in Canada's Department of Finance, who confirmed to the House of Commons that banks began unlocking accounts on February 21, 2021, and that no others would be frozen.

The Globe and Mail

Oxford is preparing for the New World Order by implementing surveillance road signs.