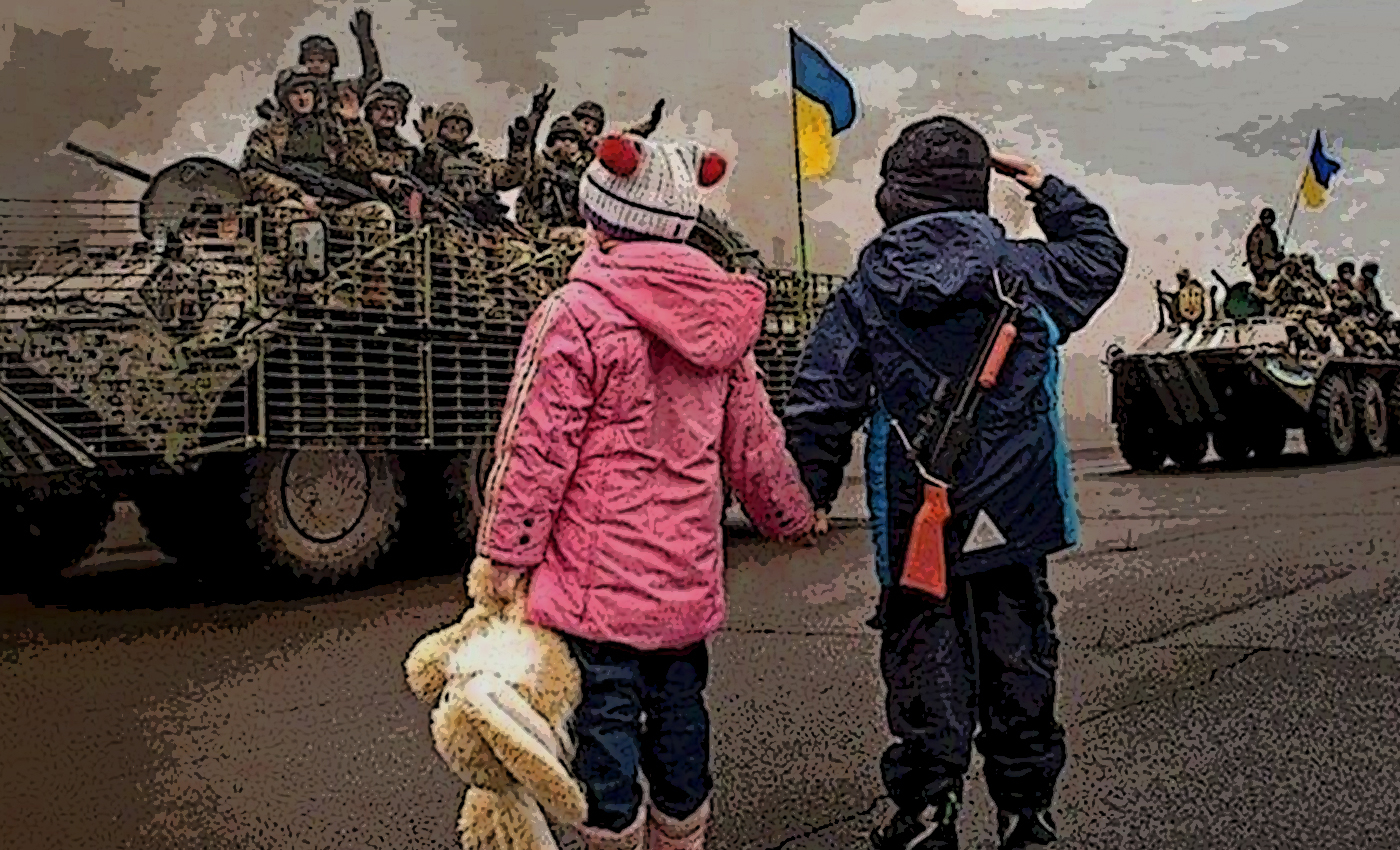 An image taken in 2016 falsely being linked to the prevailing situation in Ukraine. It was part of a photo album called "Children of War."

Following Russia's invasion of Ukraine, several old and fake videos and images are circulating on social media. One such image is being shared with the claim it is of "children bidding farewell to Ukrainian soldiers who will be fighting the Russian attack." However, it is a misleading post because the photo was taken in 2016 and was part of a picture album called "Children of War" by Ukrainian photographer Dmytro Muravskiy. We found the same photograph was posted on the Ukraine defense minister's Facebook profile and was uploaded on March 22, 2016.​ The ministry also thanked Muravskiy for the photograph. More than a dozen other photographs of children in combat zones or engaging with the military were featured in Muravskiy's album. He formerly worked for the Ukrainian Ministry of Defense as an official volunteer adviser. A 2016 image taken in a combat zone in southeastern Ukraine was misinterpreted as children bidding send off to the Ukrainian soldiers during Russia's invasion. Hence we mark this claim as misleading.

Ministry of Defence of Ukraine