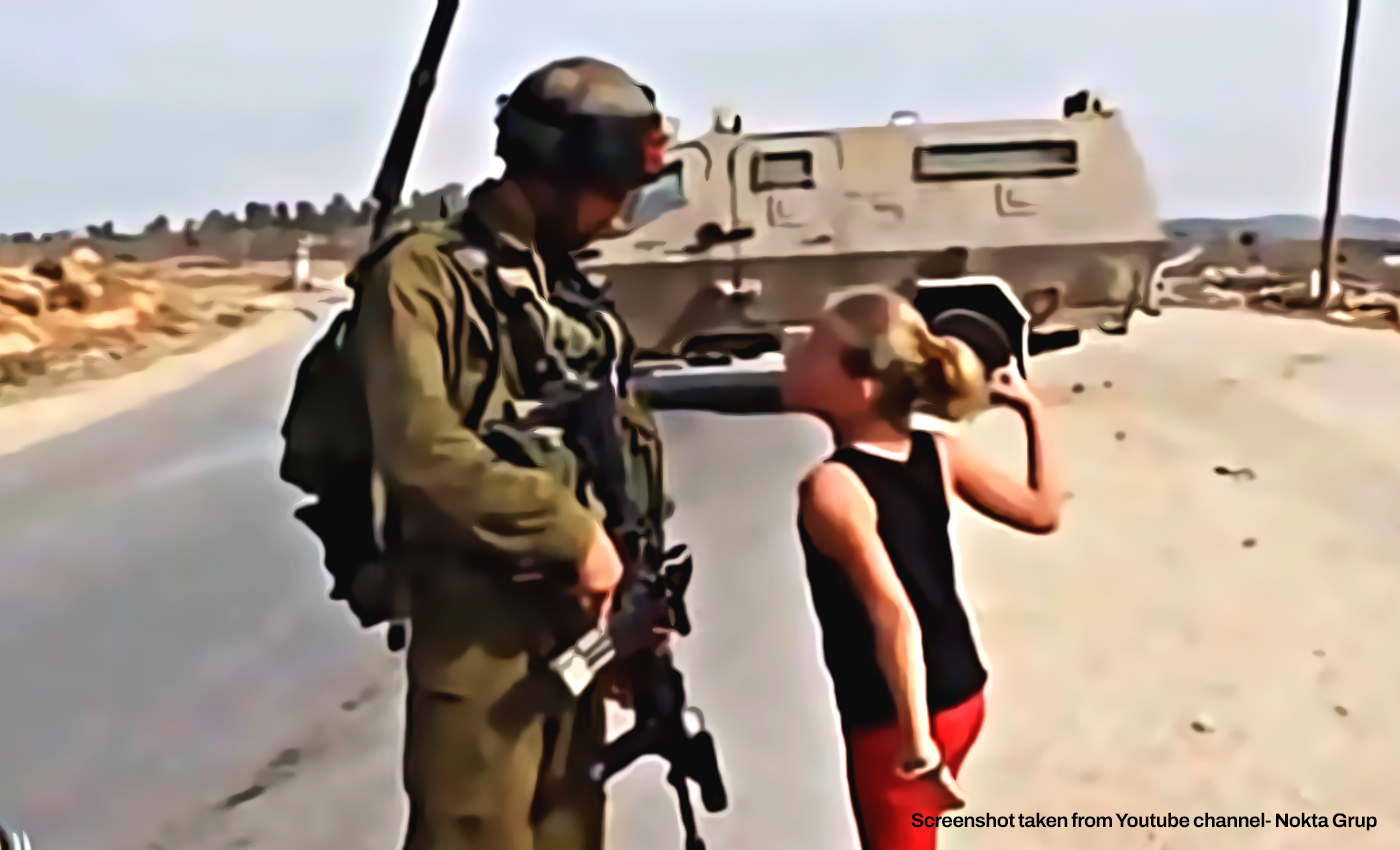 The video shows a Palestinian girl provoking an Israeli soldier and has nothing to do with the Russian invasion of Ukraine.

A viral post on social media carries images of a young girl confronting a soldier. The post's caption says, "WHAT A BRAVE LITTLE WOMAN. An 8-year Ukrainian girl confronts a Russian soldier telling him to go back to his country. This is courageous. Brave Girl...". However, the post is misleading. Though the young girl was indeed confronting a soldier, the girl is from Palestine, and the soldier is a member of the Israeli army.

A reverse image search showed that the image is from 2012 and has nothing to do with the Russian invasion of Ukraine in 2022.

According to a report in The Algemeiner, the image stems from a video captured on November 2, 2012, at Nabi Saleh, a small Palestinian village in the central West Bank, located 20 kilometers northwest of Ramallah. The report claimed that it showed a young Palestinian girl attempting to provoke Israeli soldiers. "Soon, the girl is joined by many other seemingly young-looking people from the village," the report adds.

The same video is available on YouTube with the caption "Brave Palestinian kid Ahed Tamimi vs. Soldier." It dates back to December 25, 2012.

Considering an old video has been misquoted and populated with a false narrative, we mark the claim as misleading.