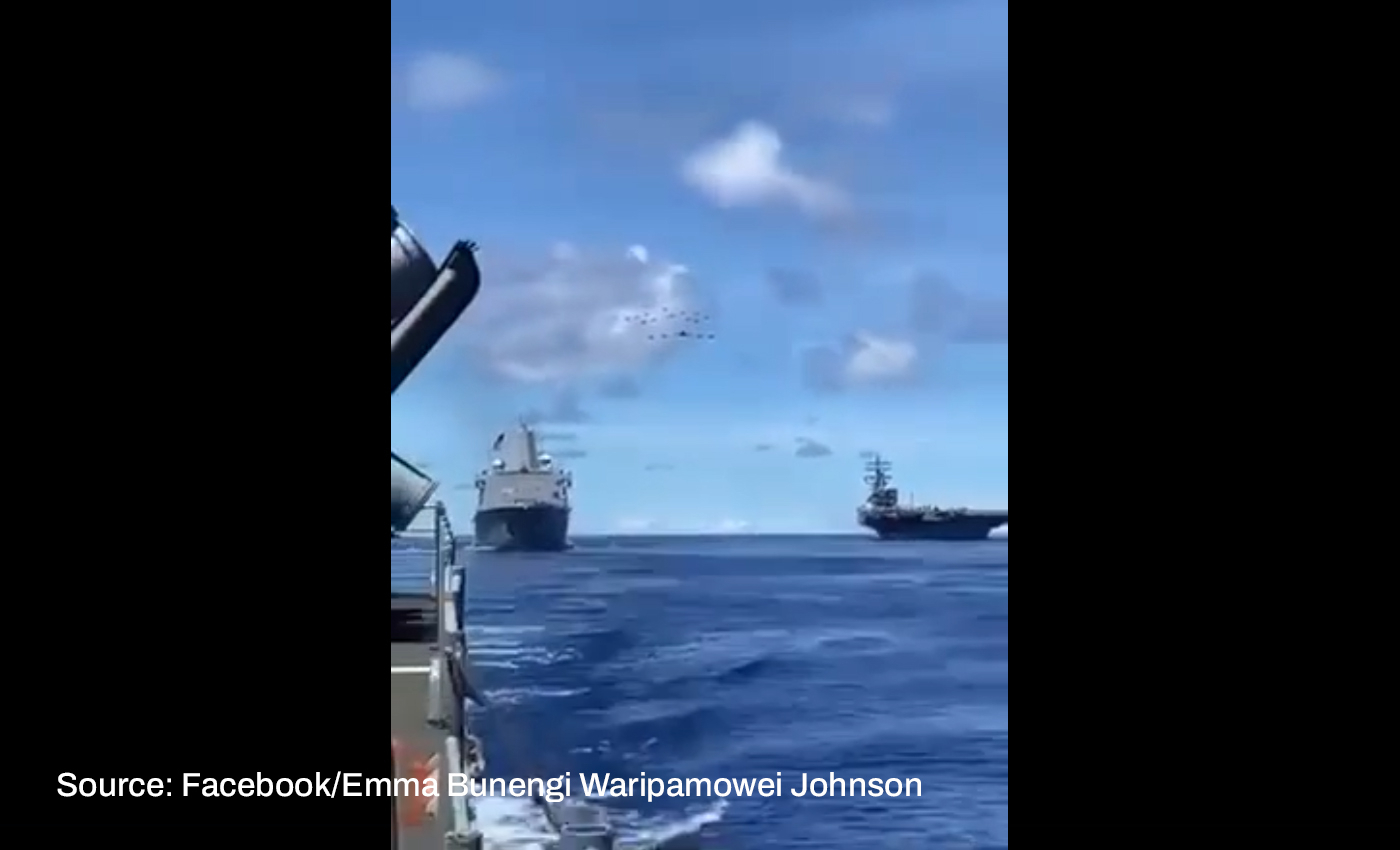 The video in question dates back to at least April 2021. It is not connected to Nancy Pelosi's visit to Taiwan.

After media reports said House of Representatives Speaker Nancy Pelosi was set to visit Taiwan on August 2, social media users shared a video clip of military jets in formation flying over warships at sea with false claims. One user who shared the clip via Facebook said, "US Navy aircraft near Taiwan. Nancy Pelosi's visit to Taiwan, tension in the region has reached its highest level.‌‌ There are also very harsh statements coming from China." The post also circulated on platforms like TikTok and Twitter. Similar claims have made their way onto social media platforms.

The footage is real, but it has no connection with Nancy Pelosi's visit to Taiwan. A reverse image search revealed that the clip dates back to April 15, 2021. Tinuod TV, a Philippine mini-documentary channel, uploaded the clip to YouTube with a description that the video was captured in the West Philippine Sea. The military aircraft in the viral video are same as U.S military jets. However, it was not possible for us to independently geo-locate the video.

On July 31, Pelosi's office stated she was to lead a Congressional delegation to the Indo-Pacific region, including visits to Singapore, Malaysia, South Korea, and Japan. The journey would concentrate on promoting economic cooperation, democratic governance, and shared security in the Indo-Pacific region. The press release did not mention a visit to Taiwan.

Reuters had reported that the White House, which wouldn't confirm the trip, claimed Pelosi had the right to go. However, Taiwan's foreign ministry had stated that it had no comment on reports of Pelosi's travel intentions. Chinese foreign ministry spokesman Zhao Lijian had warned that the visit would be "a gross interference in China's internal affairs" and would lead to "very serious developments and consequences," Reuters added.

Despite China’s warning, Pelosi visited the island country and met President Tsai Ing. Pelosi, who is the first senior U.S. official to visit Taiwan in almost 25 years, said her delegation had come to make it "unequivocally clear" that the America would not "abandon" Taiwan. China, which sees the self-ruled country as a breakaway province that will eventually unite with it, has condemned the visit in strong words.

The video has no connection to Pelosi's recent visit to Taiwan. The video was shared online more than a year ago. Hence, we have marked this claim false.