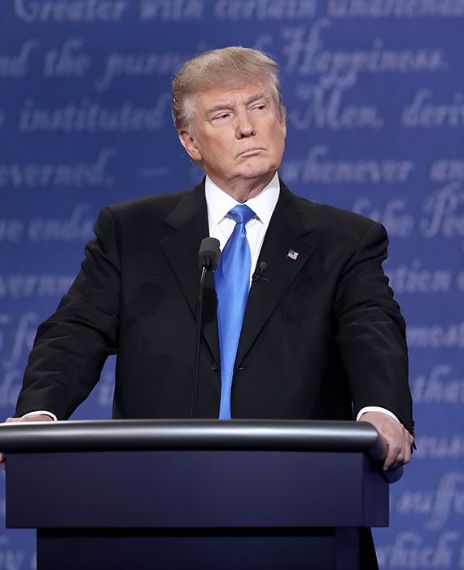 It is legal for Donald Trump to send federal agents to different cities in the U.S to protect federal government property.

After weeks of protests, the Trump administration sent federal officers into Portland over police brutality and racial injustice that followed the police killing of George Floyd in Minneapolis in May. Several videos that surfaced online showed unidentified federal personnel taking people off the streets and driving them away in black minivans. Agents have reportedly fired tear gas to disperse demonstrators and arrested about 43 people since July 4, mostly for minor offenses.

According to law 40 U.S. Code 1315, federal authorities can enforce federal laws on federal property, like the courthouse in downtown Portland. The agents can also conduct investigations of crimes committed against a federal property or a federal officer throughout the city under this law. But state and local officials say the federal agents have operated beyond their jurisdiction, which has raised constitutional issues now being challenged in court. After news surfaced about Trump planning to send federal officers to Chicago, the mayors of New York City and Chicago said they would take President Donald Trump to court if he sent unidentified U.S. government agents to police their cities. The Portland-based Western States Center also filed legal action against the Trump administration, saying federal agents are violating protesters' 10th Amendment rights by engaging in police activities designated to local and state governments. Many legal experts also claim that federal agents' use against the will of local officials can lead to a constitutional crisis.

Michael Dorf, a professional of constitutional law at Cornell University, told The Associated Press, that in the name of a threat to the federal courthouse, the federal authorities could come in and do anything without any cooperation and coordination with state and local authorities and that is outside the context of a civil war.

The Department of Homeland Security has previously assisted with local enforcement before, but not without consent. It sent agents to Puerto Rico to help confront a spike in crime linked to drug trafficking in 2013 and dispatched the Border Patrol's tactical team to track two escaped convicts in rural upstate New York in 2015.