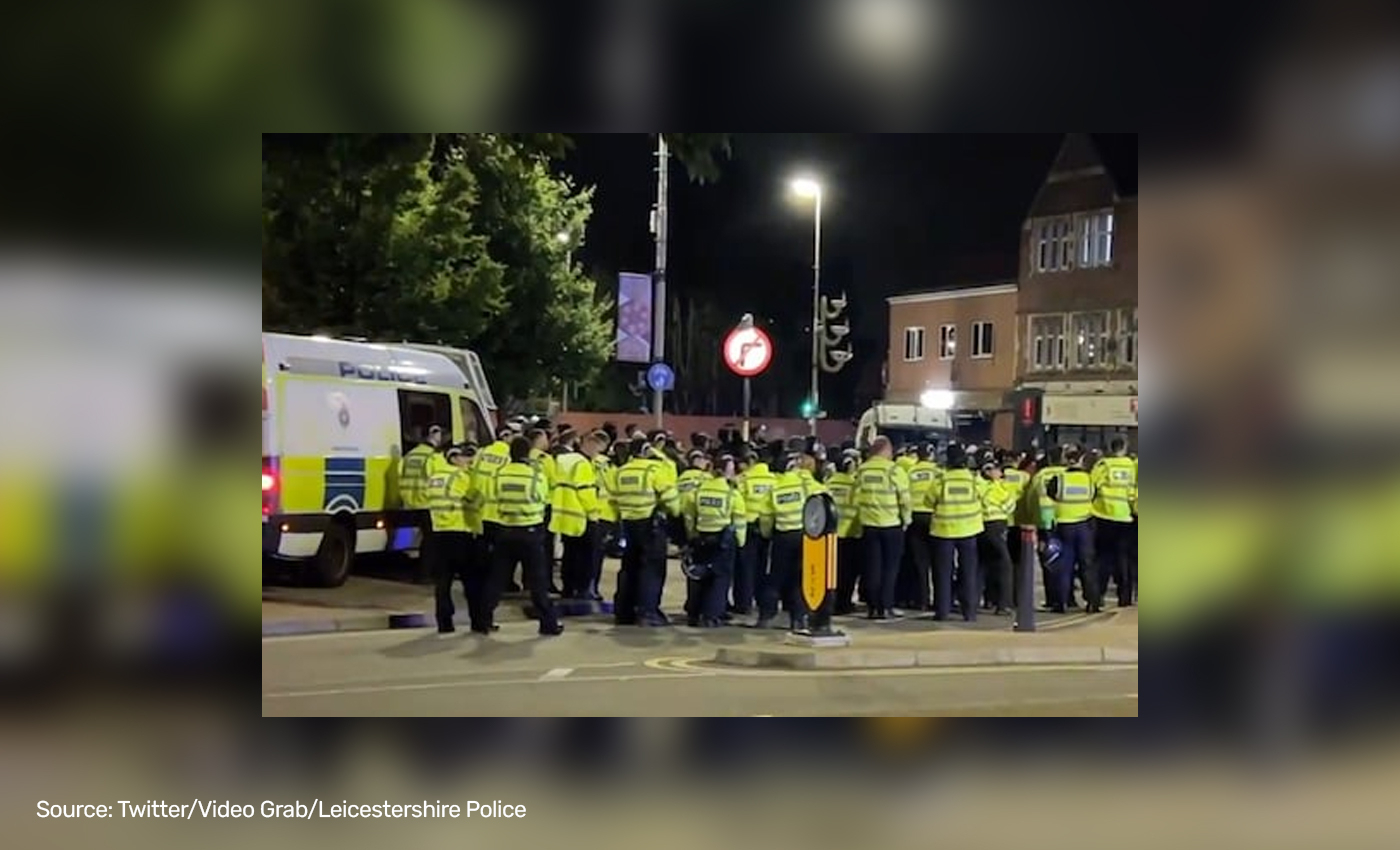 There is no evidence that any hostages were taken during the unrest in Leicester over the weekend.

A recent Facebook post concerning the conflict that has unfolded in the city of Leicester over the past few days claims that Hindu community members, including children, were held hostage as part of the conflict. The claim appears on a video post that shows a large crowd gathered outside a Hindu temple and an individual climbing up onto the wall, who proceeds to tear a Bhagwa flag from its pole.

Local community leaders confirmed to the Guardian that the flag was indeed torn down, and that another flag was burned. No reliable news reports, however, have suggested that hostages were taken at any point during the unrest.

Logically reached out to the Leicestershire Police for comment, and a spokesperson told Logically that they had no knowledge of anyone being held hostage in the temple. They discouraged people from sharing online misinformation which has "significantly contributed to tensions and disorder."

The caption of the post in which the claim appears seems to have been copied verbatim from a tweet posted on September 18 by Abhay Pratap Singh, a journalist for the Sudarshan News, a right-wing Hindu nationalist news channel in India that published inflammatory rhetoric against India’s Muslim population. The claim was also repeated on Twitter by another journalist at Sudarshan News, Minakshi Shriyan.

“There have been communal clashes in Leicester for several weeks, and the use of heightened or inaccurate language has helped to inflame those tensions. In this case, it is possible and reasonable that people were sheltering in the temple to avoid the protesters outside its doors, but the use of the word "hostage" implies the use of force to detain people against their will. To re-iterate, a spokesperson for the Leicestershire Police denied any knowledge of such an act.

Following the outbreak of conflict between members of Leicester's Muslim and Hindu communities, claims similar to the above have circulated through social media and further heightened animosity between the communities. It is important to discern between accurate reports of the events and inflammatory misinformation. We have marked the claim as false.