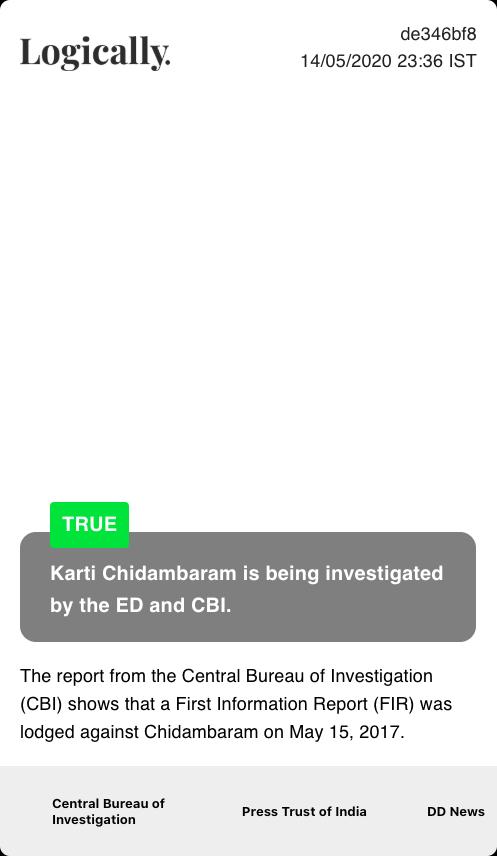 The report from the Central Bureau of Investigation (CBI) shows that a First Information Report (FIR) was lodged against Chidambaram on May 15, 2017.

Karti Chidambaram, son of former finance minister P.Chidambaram, was booked by the CBI with criminal conspiracy, cheating, receiving illegal gratification, influencing public servants, and criminal misconduct; all of which have been retained in the chargesheet. P Chidambaram and his son have denied all the accusations, describing them as baseless and politically motivated.

The Enforcement Directorate (ED) also registered a case against Karti in line with the Prevention of Money Laundering Act (PMLA). This case pertains to alleged irregularities in the grant of FIPB approval to INX Media. Specifically, the case revolves around the FIPB clearance given to INX Media for receiving ₹305 crores as an overseas investment in 2007. Chidambaram was the finance minister at the time. The CBI and ED have alleged that P Chidambaram and Karti are beneficiaries of bribes paid in the INX Media case.