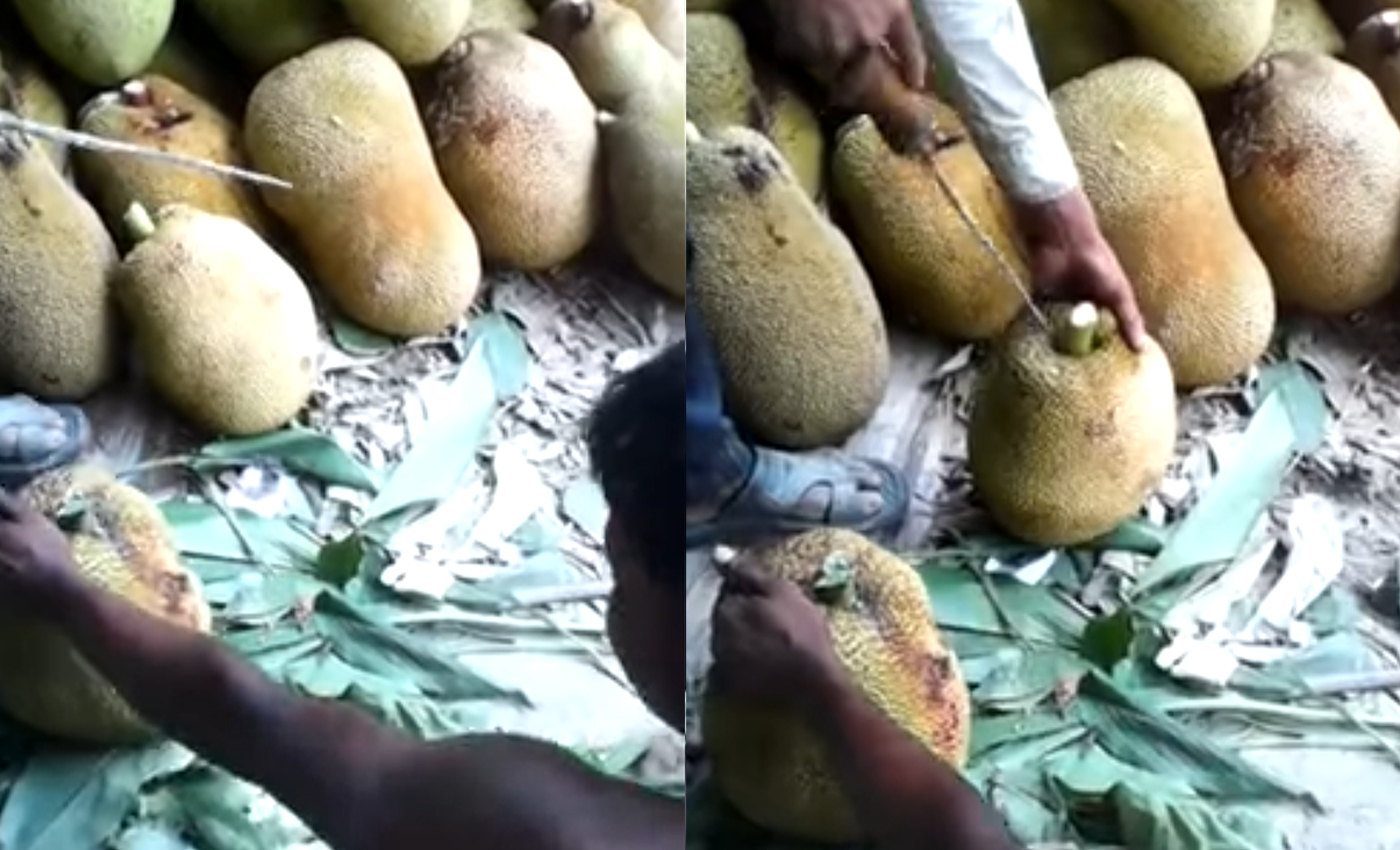 A video of men injecting chemicals into jackfruits has been circulating with different narratives since 2018.

Against the backdrop of the Hijab Row and Ram Navami incidents in India, social media was filled with several false and misleading videos and images. One such video was posted by the Facebook user with a caption, "This Mulla injects impotence or infertility drug in jackfruit and sells it in the Hindu colony to gradually decrease the Hindu population." However, ithis is incorrect. The same video has been resurfacing since 2018, and there is no evidence that anyone has injected infertility medicine into jackfruits.

When reverse image search is applied to one of the keyframes of the viral video, Logically found that the video has been circulating since 2018 with different narratives each time. The earliest version of the video was found on July 7, 2018, on a YouTube channel with the caption "Chemicals injected in jackfruit." The same video was uploaded on another YouTube channel with the caption "Jack fruit & injection" on July 9, 2018. A third, uploaded on July 13, 2018, claims "See how the national fruit jackfruit is being medicated."

According to a June 10, 2013 report from The Daily Star, chemicals were being used to ripen jackfruit in Bangladesh's Tangail district. Wholesalers told The Daily Star that to ripen a jackfruit early, they pierce the fruit with an iron rod and inject chemicals such as calcium carbide, ethrel, and copper sulphide into the hole. The fruits are then covered with polythene sheets until they ripen. These chemicals can be toxic.