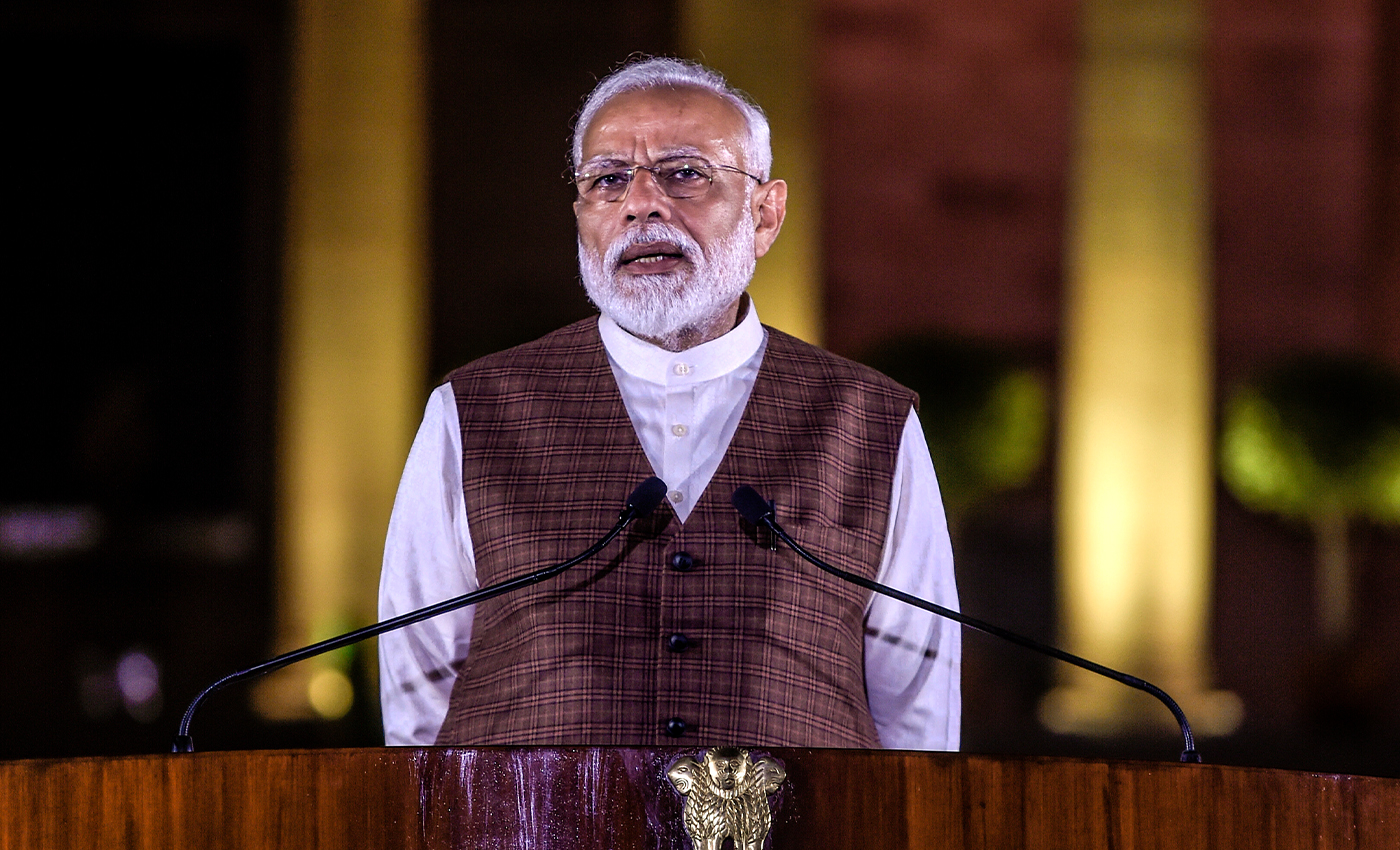 The viral picture is from 2017, and the message was run on the Thomson Reuters building in London, not on the New York Stock Exchange.

The BJP's victory in four state assembly elections in March 2022, including Uttar Pradesh, has prompted a surge of social media postings from its followers. One Twitter user shared an image on March 13, 2022, with the caption, "Please zoom for see the message of stock exchange New York." The news scroll on top of the building read: "Modi wins landslide election victory in India's biggest state." Upon review, it was found to be an old photograph of London's Canary Warf that was falsely shared as being the New York Stock Exchange following the BJP's victory in the 2022 Uttar Pradesh elections.

We conducted a reverse image search on the viral photo and found that the same image was shared by a Twitter user on March 12, 2017, with the statement, "This news is getting highlighted in canary wharf, the banking hub of London. Zoom it."

We also discovered that Amit Malviya, the BJP's IT cell in-charge, posted the same image on March 12, 2017, with the caption, "News of BJP's big win under Prime Minister Modi splashed in Canary Warf, prominent business district of London. Zoom it."

When searching the text of the scroll, "Modi wins landslide election victory in India's biggest state," a Reuters news report came up. The photo and accompanying article were published on March 11, 2017. Furthermore, on March 13, 2017, TV5 News broadcasted a news report about the BJP's victory in Uttar Pradesh, which was highlighted in London. The text "Modi wins overwhelming election victory in India's largest state" can be seen flashing on the building in the video.

India Today also refuted the claim, concluding that the viral image following the BJP's victory in the Uttar Pradesh assembly elections was outdated. The picture does not depict the New York Stock Exchange, as claimed.

Based on the available evidence, we mark this claim as false, as the image circulated is not from New York Stock Exchange, but instead the Reuters building in London.