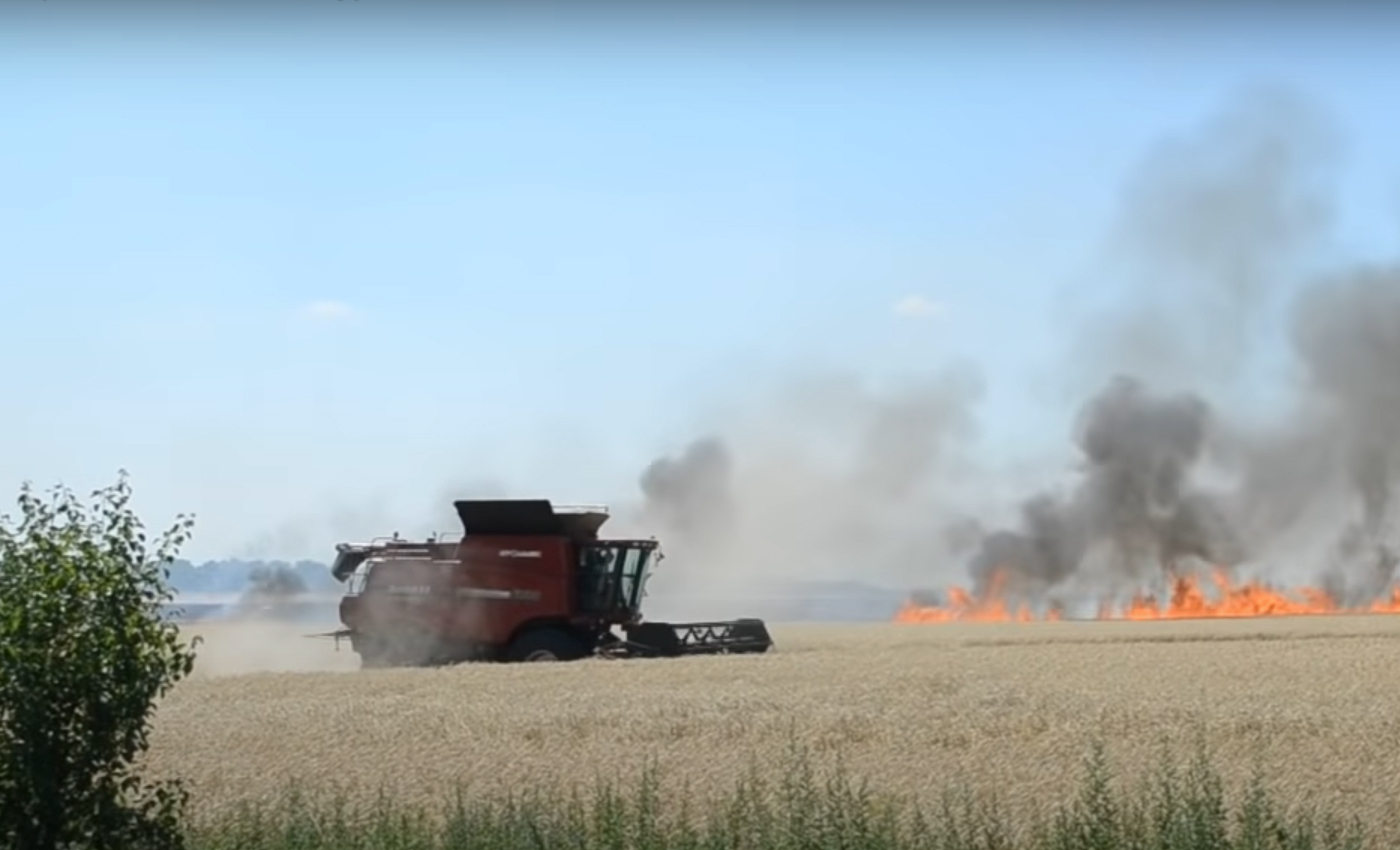 An old video of a burning field from 2014 has been falsely shared as farmers harvesting in Ukraine farmlands during Russian shelling in July 2022.

Russia invaded Ukraine in February 2022. On July 19, Russian shellings caused a fire in the Mykolaiv region, Ukraine. Now fires are the latest scourge on Ukrainian farmers' fields during harvest season. Following this incident, many false and misleading videos and posts flooded social media. One such video is from a Twitter account of Ukraine World with the caption, "This is how the harvesting amid Russia's invasion in Ukraine is taking place."

However, this is an old video from 2014 and is unrelated to the recent Russian invasion.

Applying Google reverse image search on one of the keyframes of the video, we found that the viral video dates back to July 1, 2014, on the YouTube channel zafir0709, with the caption "Fire in the fields, save the harvest." The description neither mentions the location nor the reason for the fire.

While searching with relevant keywords, a screengrab from the viral video was cited in an article published by Cenub.az, a daily news website in Azerbaijan, on June 11, 2020. The second image in the report matches a part of a video frame. Therefore it confirms the video has been circulating since 2014 and is unrelated to the Russian invasion of Ukraine.

The Washington Post reports that there are daily fires in the fields of the Mykolaiv region. "We have to save the grain — in between shelling, our boys are running around to put out the flames," said Vadim Chornii, the brigade's deputy commander, whose forces have been fighting in the area since the war began in late February.

The viral video has nothing to do with the Russians' recent attacks in Ukraine. The video is eight years old, but neither the precise place nor the reason is known. Therefore, we have marked this claim as false.