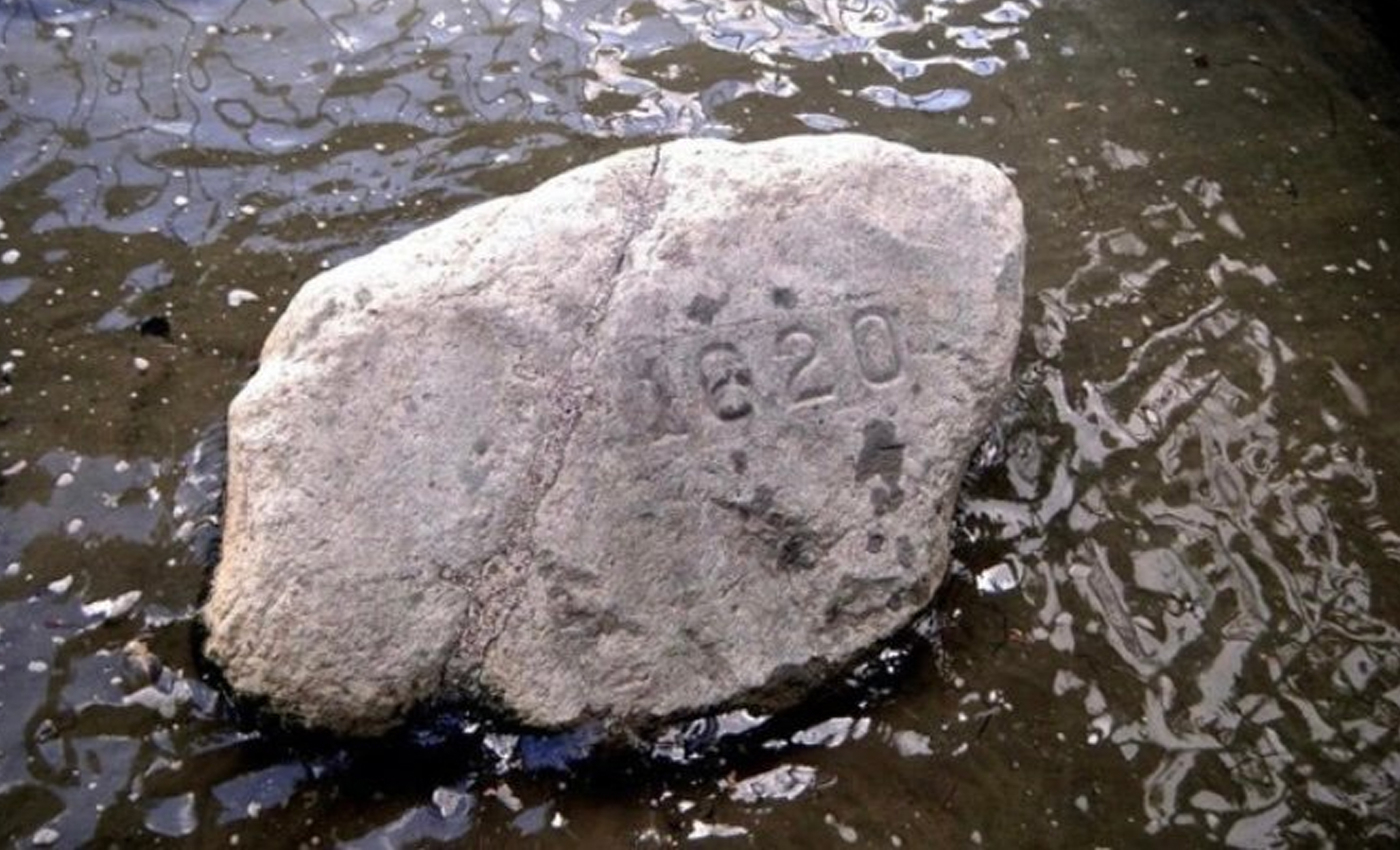 An image of Plymouth Rock, a tourist attraction in Massachusetts, has resurfaced on social media claiming that sea levels are not rising as the monument has stayed in the exact same spot for hundreds of years and is not underwater. A Facebook user shared an image with two pictures of Plymouth Rock, one labeled "1620 at sea level" and the other "2022 still at sea level."

On November 16, 2016, Boston.com, a regional news website in Massachusetts, published an article with several tweets of videos and photos showing Plymouth Rock being underwater or fully submerged in seawater during extreme weather events including king tides.

According to an article published by GBH News on November 11, 2020, Plymouth Rock is the mythical location where William Bradford, a Pilgrim who would later become governor of Plymouth Colony, first set foot in Provincetown, Massachusetts, on November 11, 1620. However, Plymouth's Pilgrim Hall Museum states that there are two primary accounts of the Pilgrims' Plymouth landing, and both do not mention any rock in their account of the landing. The earliest references to Plymouth Rock are found over 100 years after the landing. According to the National History of American Museums Plymouth's waterfront was redesigned and the shoreline was rebuilt in 1920.

As far as the rising sea level is concerned, U.S. National Oceanic and Atmospheric Administration's (NOAA) Climate Science Panel reported that since 1880, the sea level has risen between 8 and 9 inches. In 2020, the global sea level set a new record high— 3.6 inches above 1993 levels, making it the highest annual average in the satellite record (1993-present). The water level in the ocean rose by 0.14 inches per year from 2006–2015, which was 2.5 times the average rate of 0.06 inches per year throughout most of the twentieth century.

The sea-level rise is primarily caused by the global warming-induced melting of ice sheets and glaciers worldwide and the physical expansion of warming seawater. Also, sea level is measured by two main methods: tide gauges and satellite altimeters. However, since the early 1990s, sea level has been measured from space using radar altimeters, which determine the height of the sea surface by measuring the return speed and intensity of a radar pulse directed at the ocean.

Meanwhile, according to NOAA Tides and Currents data, sea level rise has also been recorded in Massachusetts. The tide gauge at Boston has recorded an average rise of 2.89 mm/year since 1921 (0.95 feet), while to the south at Woods Hole; a tide gauge records a rise of 2.98 mm/year on average since 1932 (0.87 feet).

There is no evidence that Plymouth Rock was originally found at sea level. Experts say it is not a useful landmark for measuring sea level changes. Also, global sea levels are rising at an increasing rate. Hence, we have marked this claim false.