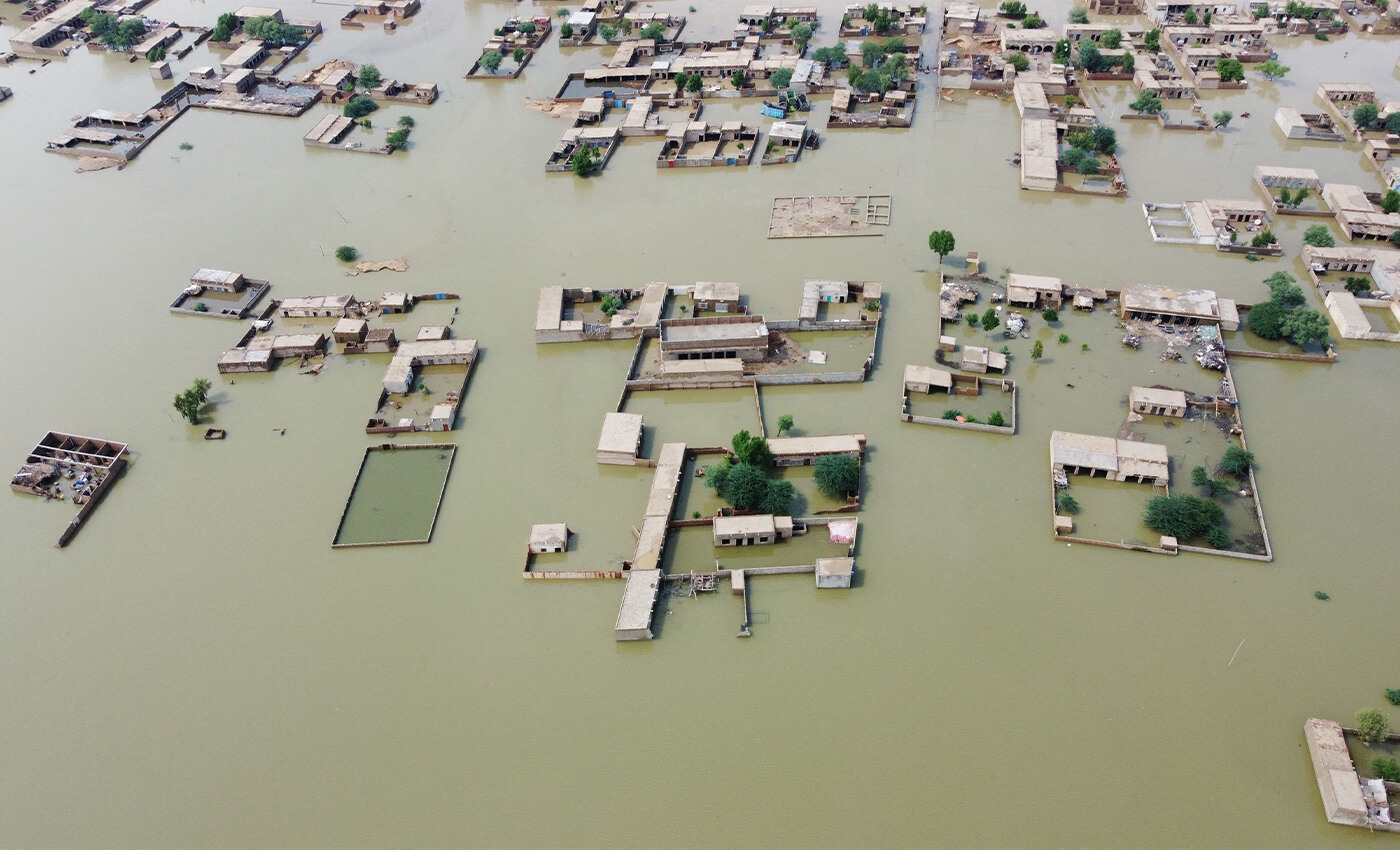 Floods in Pakistan are well-documented and have affected millions of people. Experts say the leading causes of the floods is climate change.

Since June 2022, heavy rains and some glacier melting in the country have caused major floods in Pakistan. Reuters reported that as of August 31, 2022, one-third of the country was submerged, and 1,191 people were killed due to the flood. BBC News reported that António Guterres, Secretary-General of the United Nations(U.N.), said Pakistan is going through "a monsoon on steroids." As narratives around the cause of the flood are being debated on social media, some posts on Twitter and Facebook claim that floods are a regular phenomenon in Pakistan and that climate change is not the cause.

According to the Climate Change Knowledge Portal, a initiative of the World Bank, most of Pakistan receives little rainfall, other than North Pakistan, where monsoons can bring upwards of 200mm rainfall a month from July to September. Inter-annual rainfall varies, which leads to droughts or floods. While there are many causes for the 2022 Pakistan flood. Howe , some experts say that climate change is a leading factor.

In 2022, Pakistan's Climate Change Minister Sherry Rehman told Bloomberg that rainfall for the year increased "more than 780 percent above average levels." Pakistan's carbon footprint is extremely low, but the flood signifies climate change, according to the Global Climate Risk Index. According to the U.N., Clare Nullis, World Meteorological Organization (WMO) spokesperson, said the flooding is "the footprint of climate change where it is becoming more extreme."

In March 2021, the U.N. Environmental Program quoted Mr. Malik Amin Aslam, the Federal Minister and Special Assistant to the Prime Minister on Climate Change, who said, "Pakistan contributes less than 1 percent of the global greenhouse gas emissions but yet, every year we keep on climbing up the ladder of climate vulnerability."

Between March-April 2022, Pakistan observed a heatwave, with temperatures rising up to 49°C. According to BBC News, many factors have contributed contribute to this flood, but the warming atmosphere caused by climate change "makes extreme rainfall more likely." Pakistan has the largest number of glaciers outside the polar regions. NASA reported that the effect of the monsoon rains had been compounded by the continued melting of Pakistan's 7,000 glaciers. According to the World Weather Attribution, a collaboration of climate scientists from around the world, the heatwave in Pakistan led to "an extreme Glacial Lake Outburst Flood in northern Pakistan."

Climate change deniers are creating a false narrative about the flood in Pakistan claiming that climate change is not the cause. Previously, many climate change deniers claimed that the 2022 heatwave in the U.K. was a way for mainstream media to exaggerate the effects of global warming. Logically has debunked this claim as "The July 2022 heatwave in the U.K. was hotter than the ones from the past. Claiming otherwise undermines the awareness and reporting on global warming." Soaring temperatures during the summers, followed by unprecedented spells of excessive rainfall in the monsoon, are indicative of climate change.

There are many causes for the 2022 floods in Pakistan and climate change is leading one. Though Pakistan has a low carbon footprint, rising temperatures are causing glaciers to melt and floods to occur. Any claim asserting otherwise if false.