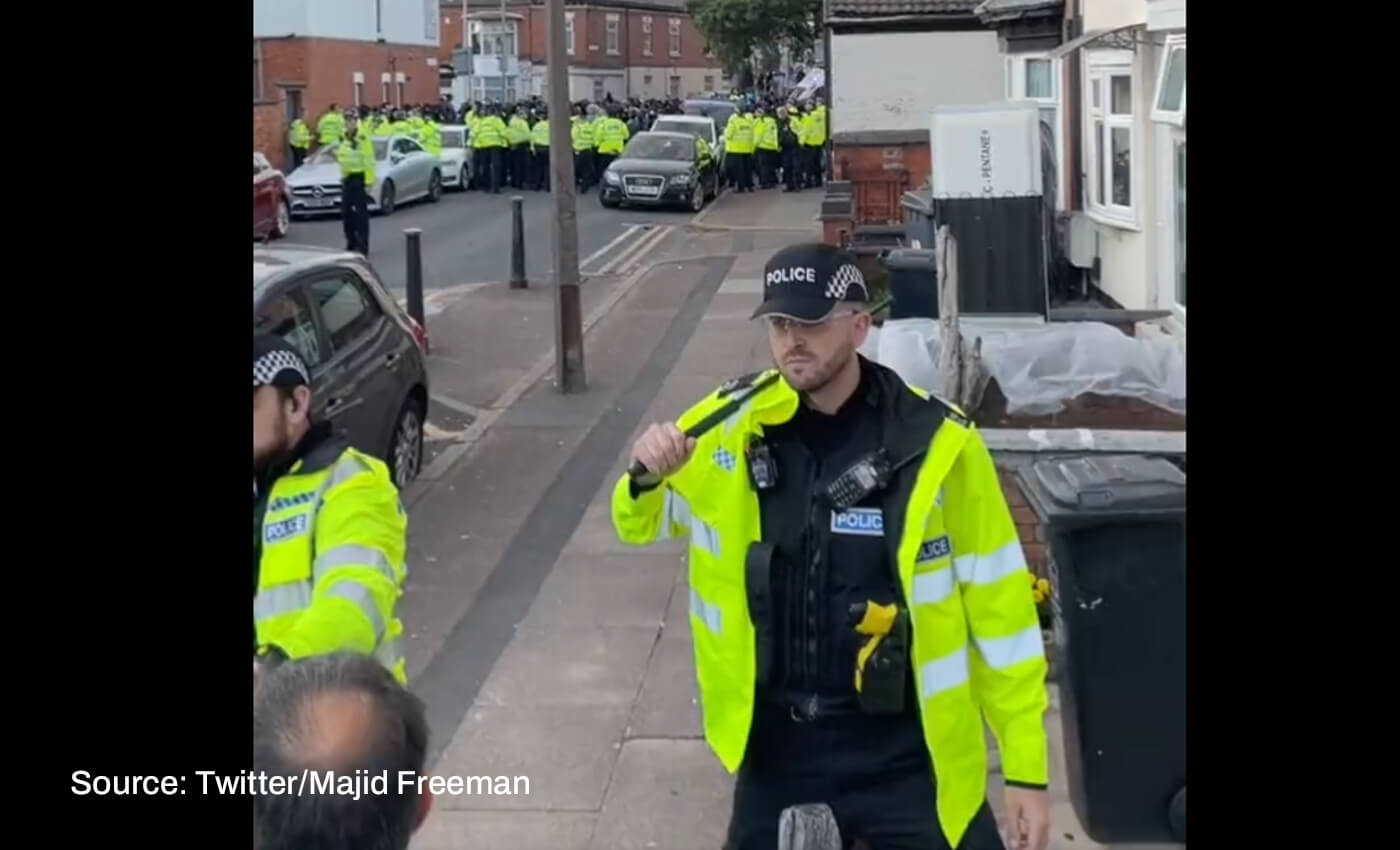 The violence that broke out in Leicester city involved both communal groups. The local authorities have so far not pinned the blame on one community.

The 2022 Asia Cup match between India and Pakistan was held on August 28, 2022. India won the game by five wickets, following which widespread celebrations were carried out by Indian fans worldwide. Claims soon emerged, based on videos shared on social media, that the celebrations had turned violent reportedly resulting in riots and attacks among Hindu and Muslim communities of East Leicester.

Amid this, some media outlets and social media posts claimed that Muslim gangs were on an "Anti-Hindu" rampage against Hindus in Leicester, England, for celebrating the Indian cricket team's win. There were also several claims of unprovoked attacks and vandalism of property in Hindu dominant areas.

Even as the narrative spread that Hindus were being attacked, there were also a number of social media posts which claimed that Hindutva groups were attacking Muslims in Leicester, mostly of Pakistani origin.

However, both sets of claims – of people from one community being the aggressor and the other being the victim – are incorrect.

According to the BBC, eight persons were arrested by the Leicestershire Police on 28 August following incidents of violent conduct.

The original incident that sparked off tensions appears to have been one where a Sikh man  who supported the Indian cricket team was beaten up by fellow supporters. The Guardian quoted a police spokesperson as saying that this incident “was shared on social media stating that a Muslim was being attacked by Hindus. This was wrong – the victim was in fact Sikh and supported the same team as the people who assaulted him.”

The post-match celebrations led to at least one other incident where the police had to get involved. A Times of India (TOI) report on September 1 notes that violence broke out on Shaftesbury Avenue and Melton Road. It quotes Dharmesh Lakhani, owner of Bobby's Restaurant, stating that the celebrations after India's win had mostly been positive, but at some point a person stamped the Indian national flag. He adds that this incident infuriated Indian fans as they thought the person was Pakistani. The TOI report adds that the alleged stamper and an officer were assaulted during the disorder, and a 28-year-old man was arrested on suspicion of assaulting an emergency worker.

Following these incidents, several videos and social media posts began doing the rounds, which involved aggressive behaviour by both sets of communities. One of the videos posted on September 7, 2022, showed a group of people wearing Indian jerseys shouting "Pakistan Murdabad." At the same time, on the other side of the street, police officers could be seen arresting a person. Another video from the incident shows a man's T-shirt being ripped off and people throwing punches at him.

A press note on the events of the previous evening released by the Leicestershire Police on September 7 stated that four offenders had been arrested on suspicion, and 18 people were dispersed using powers underAnti-Social Behaviour, Crime and Policing Act 2014. The police did not attribute the violence to any specific community, and urged the public not to get involved in speculation on social media.

Another TOI report dated September 8 claimed that in retaliation for the earlier violence, and youths were seen wandering around the areas predominately inhabited by Hindus with weapons like knives. It further quoted residents posting tweets saying that Hindus are being attacked. Videos also emerged showing an unknown group of people shouting through the streets and areas blocked by the police.

The next major flashpoint occurred after videos emerged on social media showing two individuals covered with masks burning a saffron flag (saffron or ‘bhagwa’ is an identifier of Hindu faith). In another video, a man could be seen pulling down a flag outside a religious building on Melton Road, Leicester. Another press note released by the police on September 18 clarified that it was aware of the flag being taken from a religious building.

Posts about the burning and removal of the flag were accompanied by claims that a Hindu temple had been surrounded by a Muslim mob and the people inside held hostage. Local community leaders confirmed to the Guardian that the flag was indeed torn down, and that another flag was burned. A spokesperson for the Leicestershire Police told Logically that they had no knowledge of anyone being held hostage in the temple. They discouraged people from sharing online misinformation which has "significantly contributed to tensions and disorder."

By this time, accusations and counter-accusations of dubious provenance abounded on social media. Logically was able to debunk a claim that a mosque had been attacked by Hindu mobs.

While the police continue to investigate the various incidents of violence and disorder that took place in Leicester over the past few weeks, they have not attributed responsibility for the violence to any particular community. 27 persons have been arrested in connection with the events according to BBC News. While the police have not specified the communities to which the victims or those arrested belong to, the information available to us at this time makes it clear that the incidents have not only involved one community as the aggressor against the other.

There have been numerous incidents of violence and disorder among the Hindu and Muslim communities in Leicester  following India's victory against Pakistan in the 2022 Asia Cup cricket match. Police investigation into the various incidents are underway. People from multiple communities have targeted and blamed each for the violence. With the available evidence, it cannot be said that only one community has been targeted by the other. Hence we have marked the claim as misleading.