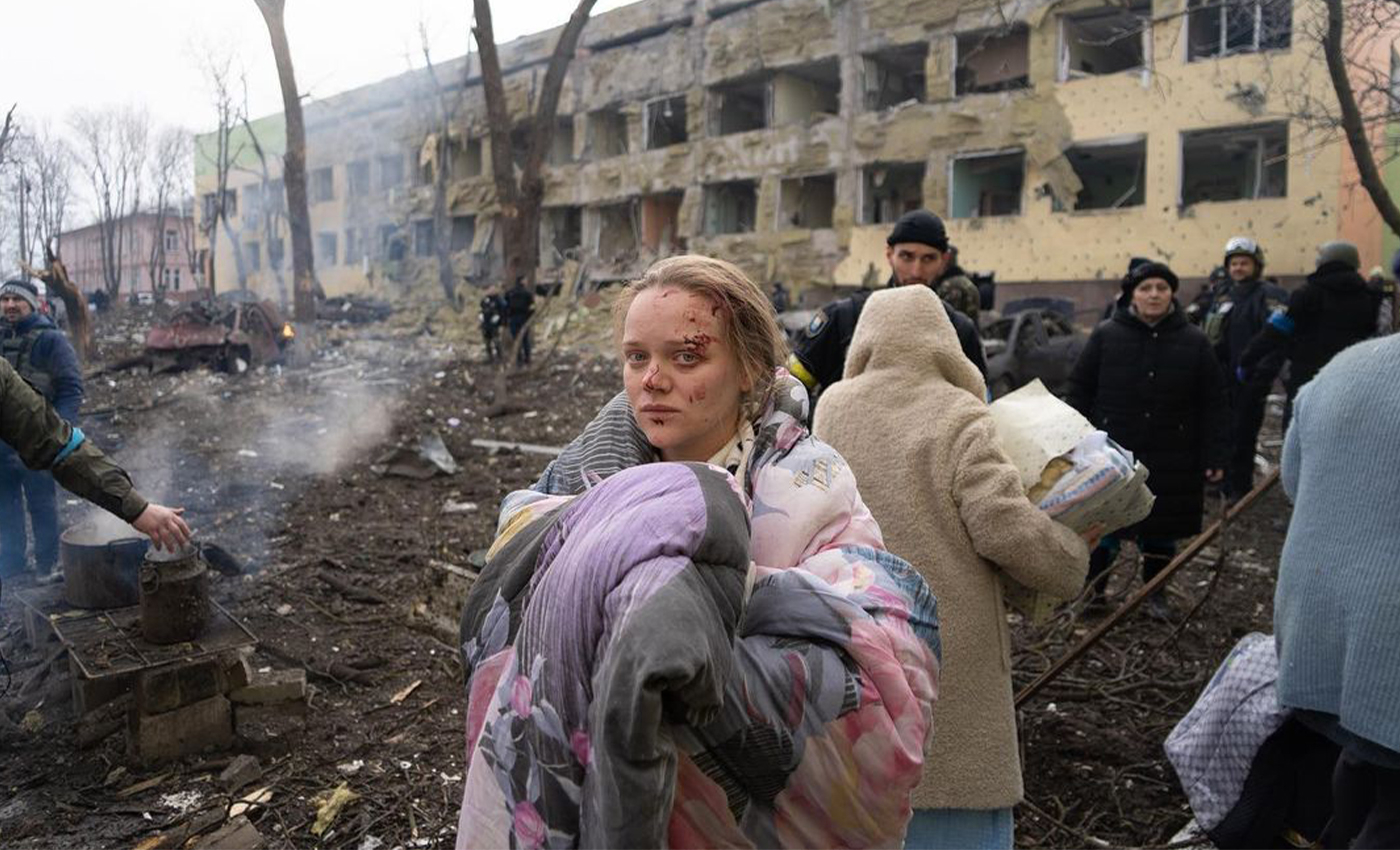 On March 9, 2022, a Russian airstrike hit a Ukrainian maternity ward. There is no evidence that the attack was staged.

A Facebook post with over 5K views insinuates that Russia's recent airstrike on a maternity ward was staged. According to the user, beauty blogger Marianna Podgurskaya, seen in a photograph outside the maternity hospital, was "given things in her hand, made up and brought under the cameras." The user also claimed that neo-Nazis from Azov had occupied the hospital.

This claim is false. Several reports have confirmed that a Russian airstrike hit a maternity ward in Mariupol, Ukraine, on March 9. According to the BBC, the attack left 17 people injured and killed three others. Olga Tokariuk, a disinformation researcher in Kyiv, confirmed that Marianna Podgurskaya was at the hospital site when the maternity ward was bombed.

The Russian embassy in the U.K. falsely claimed that the maternity facility was non-operational and called the attack fake. After Downing Street accused the embassy of propagating misinformation, Twitter removed the tweets as they violated the platform's "Abusive Behavior" policy, reported the Guardian.

Ukrainian beauty blogger Marianna Podgurskaya, seen in several photos from the attack, has over 98,000 followers on Instagram. Her last post on Instagram was uploaded on February 28, 2022, four days after Russia declared a full-scale invasion of Ukraine. She has also posted multiple pictures with a baby bump, and her location is tagged as Mariupol, the city where the bombing occurred.

Tokariuk, who had been in contact with Podgurskaya's relatives, tweeted that Podgurskaya gave birth to a baby girl.

On March 10, the Associated Press (AP) published a series of images captured from the besieged city of Mariupol in war-torn Ukraine, in which we can see Marianna Podgurskaya's picture, taken by AP photographer Evgeniy Maloletka, during the attack.