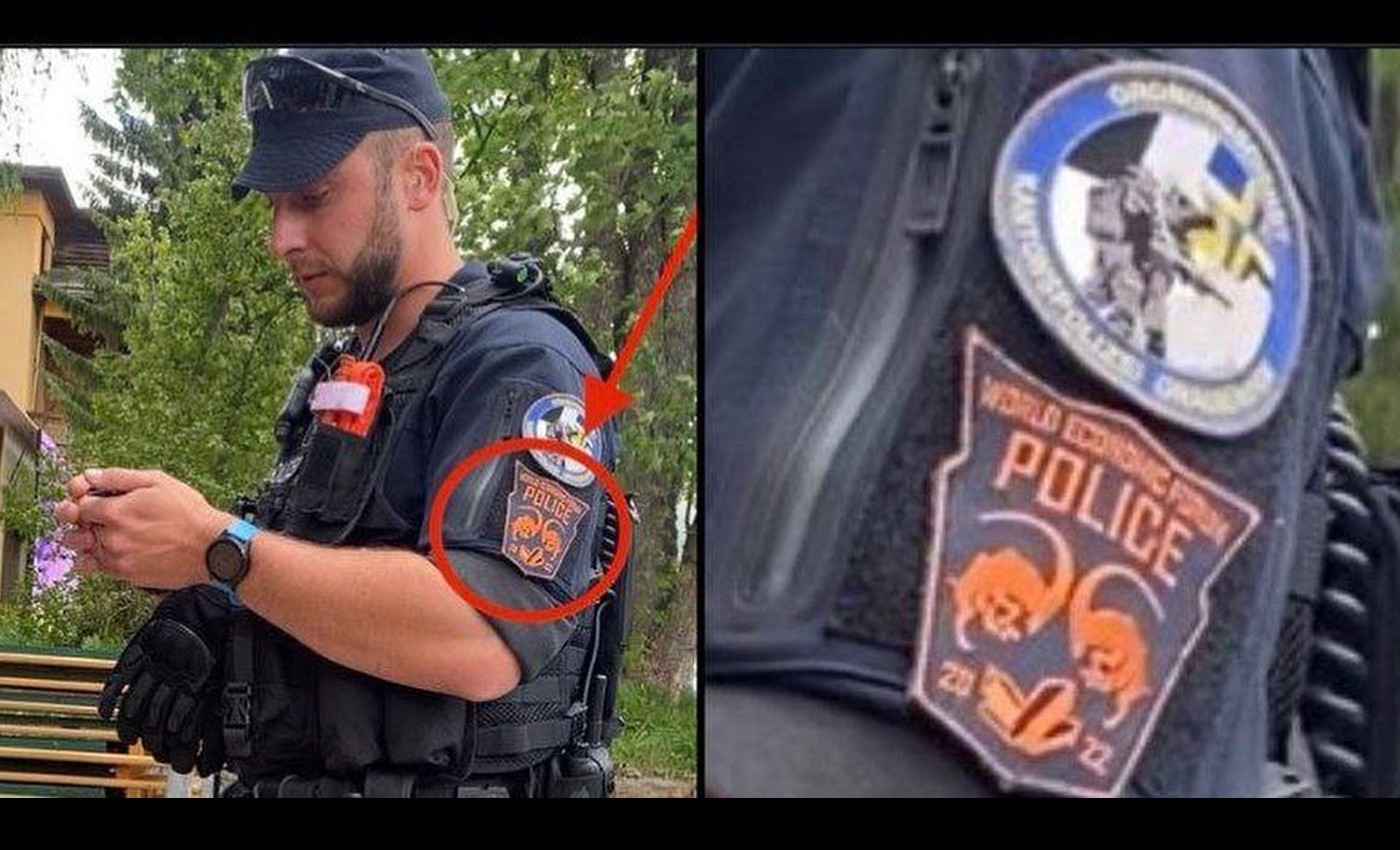 WEF does not have a paramilitary force of its own. The Swiss Police forces wore a temporary WEF patch for the event in Graubünden, Switzerland.

Context The World Economic Forum (WEF) Annual Meeting 2022 was held in Davos, Switzerland, from May 22 to May 26. Several statements made at the event were taken out of context, and many misrepresentations of images have gone viral. One such viral image shows a uniformed officer with a black badge or patch with orange writing and a logo on his left sleeve, which reads World Economic Forum Police 2022. The image is captioned, "The World Economic Forum has its own paramilitary force complete with @wef BADGES and armed with military-grade weapons." However, these are not WEF forces. In Fact On examining the image, two patches can be seen on the officer's sleeve. The one at the top represents the canton of Graubünden. The cantonal police of Graubünden deployed several special units for the event to ensure the security of visitors to the WEF, the local population, and guests. The WEF meeting was held from May 22 to 26, and the police mission lasted from May 20 to 30. The second patch is a special patch designed for the World Economic Forum. On the Swiss police patch website, there is a list of all the patches used by force. The section of the World Economic Forum shows the exact design that depicts two ibex (wild goats) in different colors for every year. According to the Swiss Armed Forces (SAF), the Swiss Parliament has approved three years' (2022-2024) investment of 2.55 million Swiss francs and 5,000 military personnel for the security of the WEF, according to the Swiss Armed Forces (SAF). The SAF website provides all information on the armed forces' activities at the WEF. On May 26, 2022, the WEF committee of the Graubünden government published a positive conclusion on the event. It stated that around 85 participants were protected under international law at the WEF annual meeting. They added everything went smoothly, and there were no security incidents. Peter Peyer, head of the Department for Justice, Security, and Health, thanked all the cantons, the cities involved, and the federal agencies engaged on behalf of the committee. This claim gained traction as users alleged that the forces harassed and detained an American journalist. Donald Trump Jr. claimed on May 24 that an American journalist was arrested at the event. However, other fact-checking organizations have debunked this. Verdict The WEF does not have a paramilitary force. The patch seen in the post is a specific one designed for the forum. The Graubünden police have agreed with the WEF committee to provide security for the annual meeting, so we mark this claim as false.

WEF committee of the Graubünden government