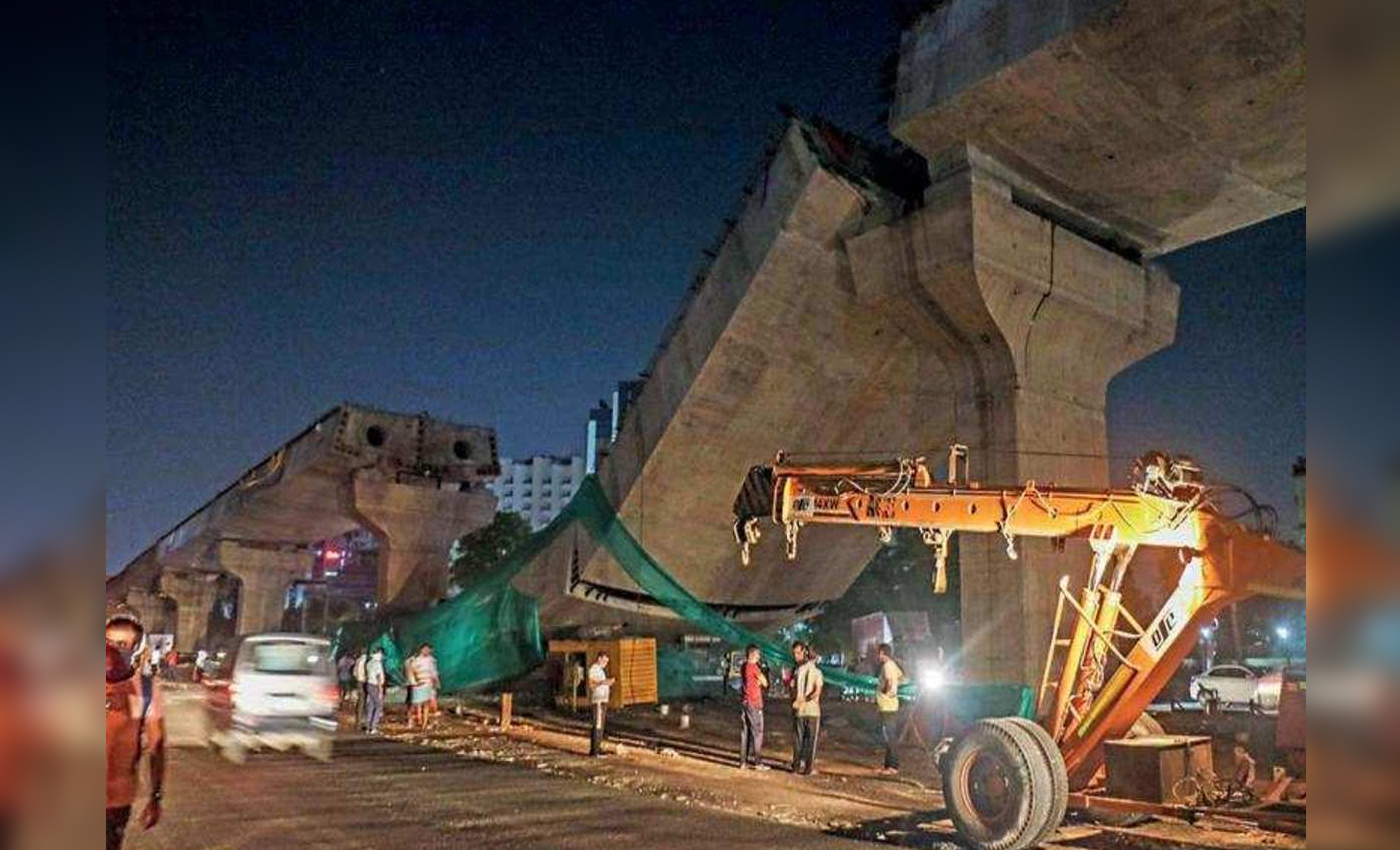 An under-construction flyover which fell in Gurugram is being circulated as Metro line collapse in Mumbai.

A series of pictures claiming that the upcoming Mumbai Metro 3 line has collapsed is circulating on social media.

On research, we found that the images are of an under-construction flyover which collapsed on 22 August evening at Sohna Road in Haryana's Gurugram. An elevated flyover is being constructed from Subhash Chowk to Bhondsi. The locals told that they heard a loud sound when the huge concrete slab fell all of a sudden, injuring two persons. Haryana Deputy Chief Minister Dushyant Chautala confirmed the incident in a tweet.