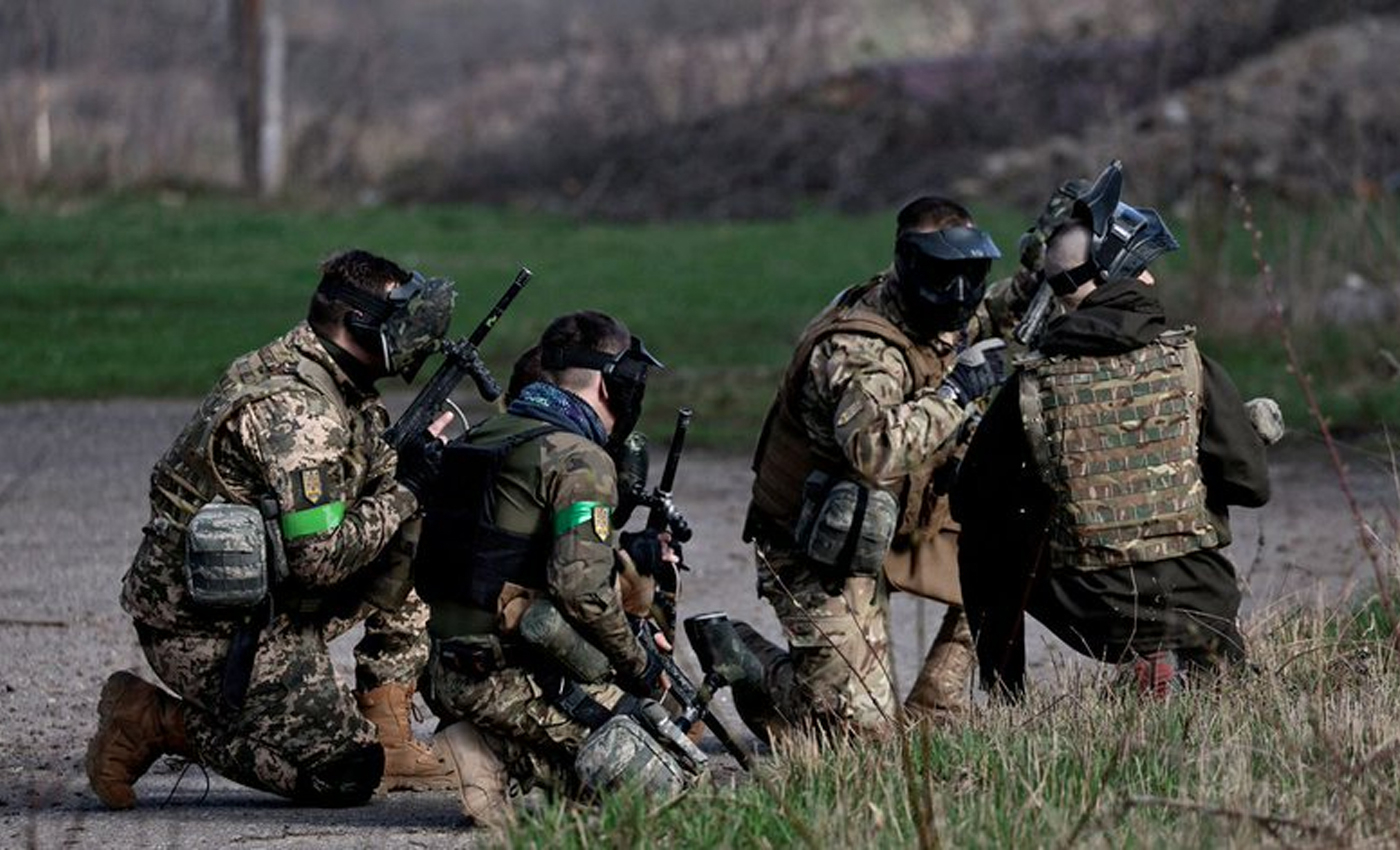 A photo of Ukrainian forces taken during a training simulation has been used to push the narrative that the war is staged.

In May 2022, an image of four men in military gear holding what appeared to be paintball guns was circulated online, claiming that they were Ukrainian soldiers and that there was no actual war going on between Ukraine and Russia because of those guns. However, this claim is false.

The photo was originally taken by Zohra Bensemra, a Reuters photographer, on April 15 in Sumy, Ukraine. According to the Reuters archive of photos, the caption reads, "Members of the territorial defense force attend a training simulation for raiding a building occupied by enemy forces as they prepare for a new assault, amid Russia's invasion of Ukraine, outside an abandoned building in Sumy, Ukraine." The specific type of gun is not mentioned in the caption or any reports. This image does not prove that the war in Ukraine is fake.

On May 16, Reuters used the image in a tweet with a link to one of its articles. The article discusses how Ukraine said it repelled a Russian incursion in the Sumy region. However, the image in the tweet is not used in the article, and the article does not talk about the training simulation. It states that Russians captured Sumy on February 24; however, Ukraine took back control of the city on April 8.

In early February 2022, due to fears of an imminent Russian invasion, Ukrainian armed forces were deployed to border areas like Sumy in heavy numbers. These soldiers reportedly trained Ukrainian civilians using makeshift weapons like wooden and cardboard guns, as military equipment was in short supply.

Many credible media outlets have documented the war in Ukraine. It is not the first time similar images and videos, taken during the course of Russia's invasion of Ukraine, have been used to spread misinformation. Logically has previously debunked claims about how the war is staged or fake.