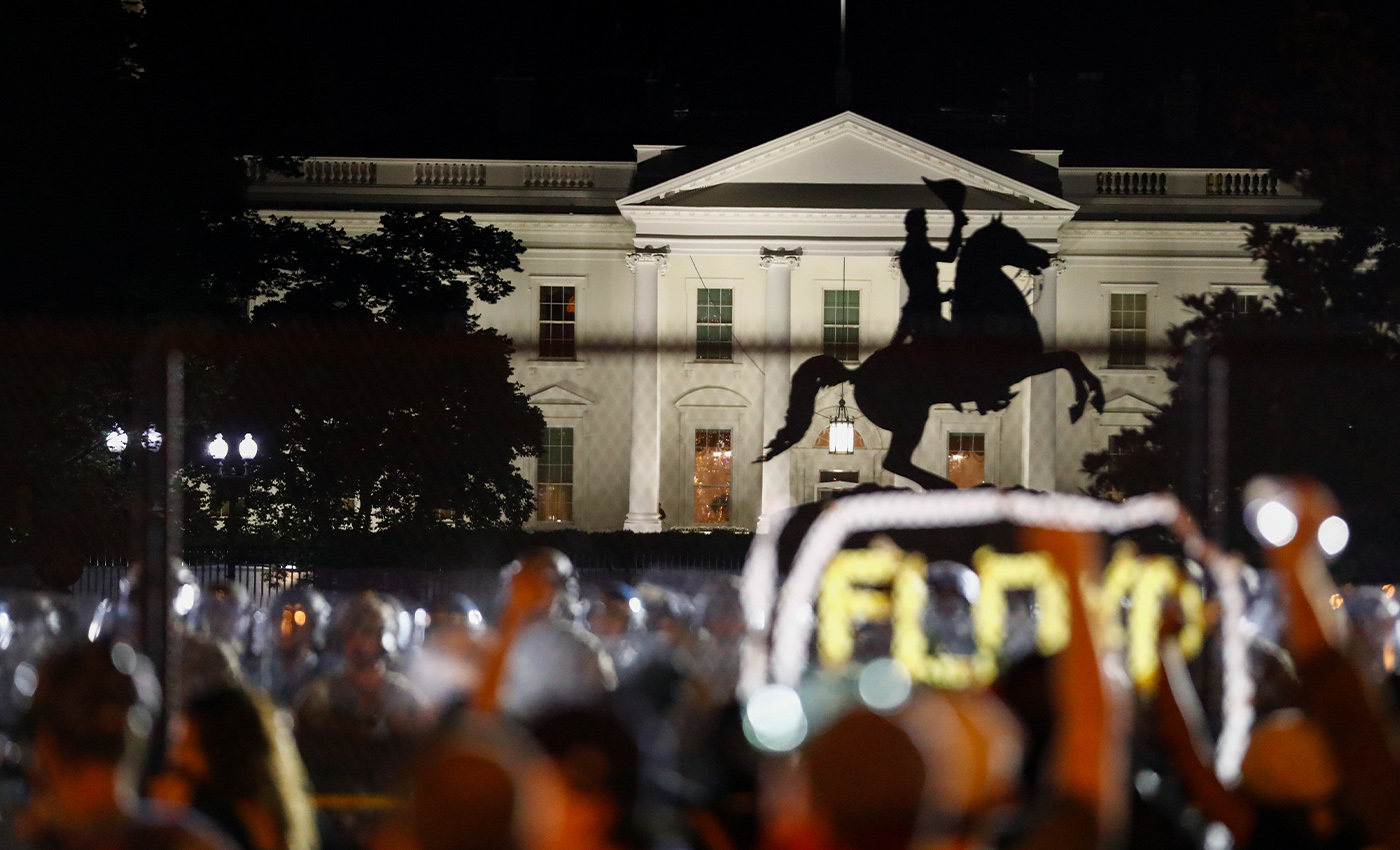 At the CNN Townhall on Sept.17, Democratic presidential candidate Joe Biden wrongly claimed that President Donald Trump “removed protestors to walk across to a church, held a Bible upside down, and go back to his bunker.”

In fact, Trump was taken to his bunker and visited a Protestant church next to the White House on two separate days. He never held the Bible upside down.

On May 29, Trump was briefly taken to an underground White House bunker amid intense protests following George Floyd’s just four days earlier. The President was there for a little under an hour before being brought upstairs, CNN reported. The decision to move Trump and his family came as protesters confronted Secret Service officers outside the White House, shouting, throwing water bottles and other objects at the line of officers, and attempting to break through the metal barriers.

On June 1, the President made a surprise trip to the historic Saint John’s Church in Washington, D.C., during which he held up a Bible for photographers and posed with staff members. Photos and videos show that Trump held the Bible right side up. Reuters reported that law enforcement officials used heavy-handed tactics to clear the area of peaceful protesters.