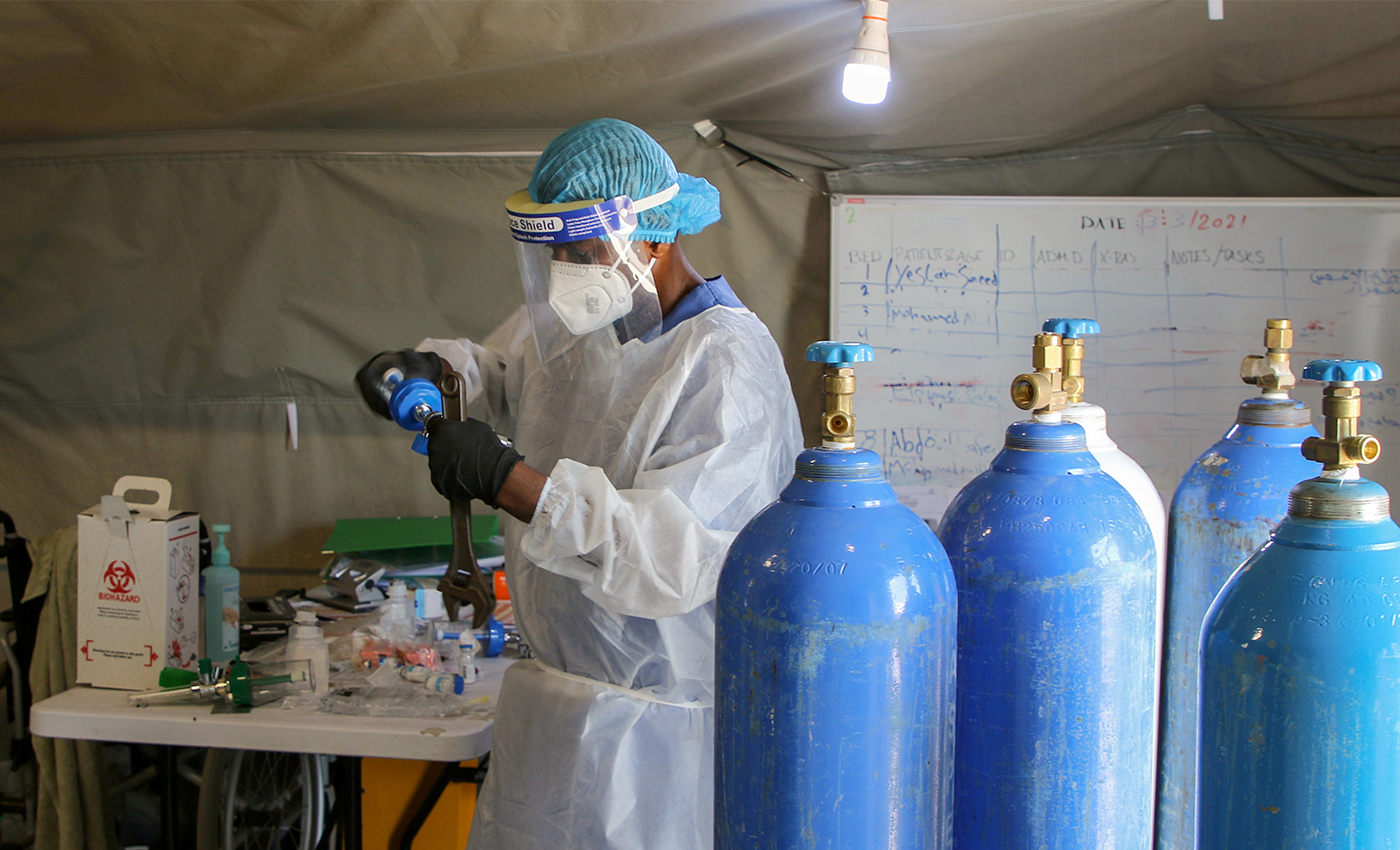 As hospitals in India run out of medical oxygen amid a massive second wave of COVID-19, several media outlets have blamed state governments for the delay in the installation of oxygen plants. The center had apparently announced funding of Rs.201.58 crores from the PM CARES Fund for the installation of 162 dedicated Pressure Swing Adsorption (PSA) Medical Oxygen Generation Plants in public health facilities on January 5, 2021.

However, it is incorrect. The center did not allocate funds to the state government to install oxygen plants in district hospitals across India. The Central Medical Services Society (CMSS), a body under the Union Ministry of Health, had taken the procurement for installing 162 plants with a total capacity of 154.19 MT in 32 States/UTs. The tender document related to these plants was released in October 2020 by the CMSS. Therefore the preferred vendors selected by the CMSS were responsible for the installation of the oxygen plants on a PAN India basis.

The routine operations and maintenance would be looked after by the state governments.

Meanwhile, on April 18, the Union Ministry of Health and Family Welfare announced that only 33 (PSA) oxygen plants had been set up in the country through a series of tweets. Out of 33 installed plants, five were in Madhya Pradesh, four in Himachal Pradesh, three each in Chandigarh, Gujarat, and Uttarakhand, two each in Bihar, Karnataka, and Tamil Nadu, and one each in Andra Pradesh, Chartisghar, Delhi, Haryana, Kerala, Maharashtra, Puducherry, Punjab, and Uttar Pradesh.

However, on April 25, 2021, the center announced an extra 551 PSA Medical Oxygen Generation Plants across India. This time the procurement will be done by the Ministry of Health and Family Welfare.